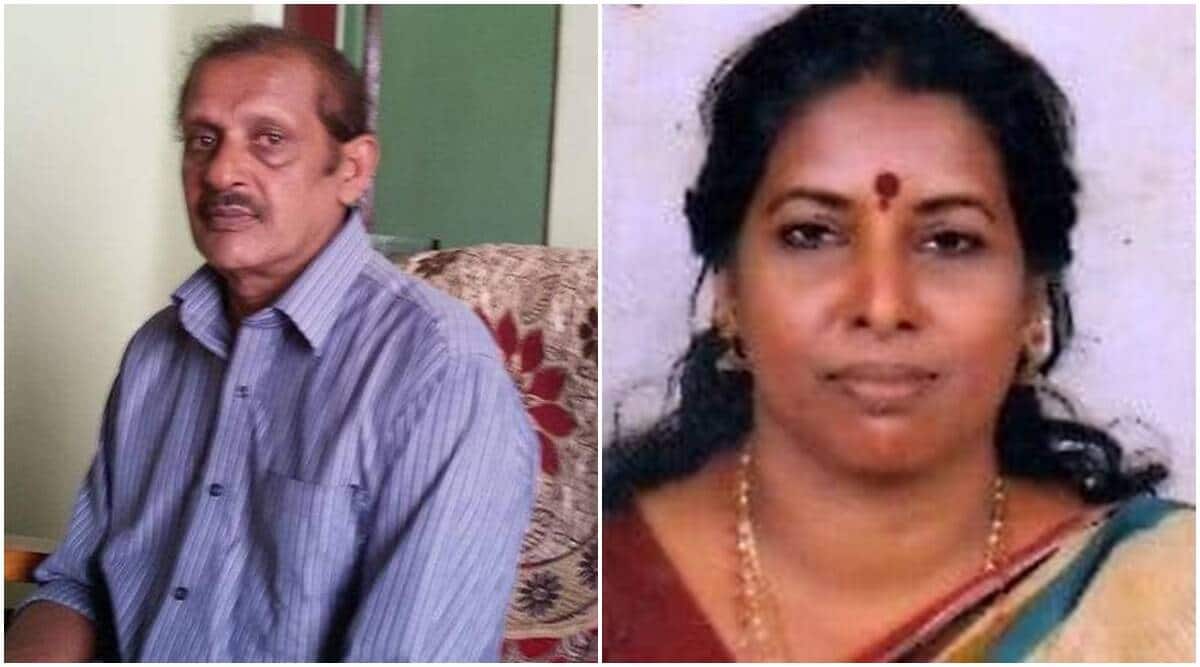 Healer and masseur Bhagaval Singh (left), his wife Laila (right), and Shafi (below) were arrested Tuesday in connection with the killings of two women who had been missing. (File)

The key accused in the case of killing of two women in Kerala, purportedly as part of a “human sacrifice for financial prosperity”, is a sexual pervert and psychopath who is suspected to have eaten flesh of one of the victims, Kochi police said on Wednesday.

DCP S Sasidharan, who cracked the missing cases of the victims, said Laila, one of the accused trio arrested on Tuesday, has told police that main accused Muhammed Shafi had eaten cooked flesh of the private parts of the first victim, Rosly. “We don’t have any corroborative evidence or details to substantiate it. Only Shafi had consumed human flesh, as per information,” he said.

Kochi city police commissioner C H Nagaraju told the media that they have “information” that Shafi had consumed Rosly’s flesh — “there is information, but we don’t have any evidence.’’

Police said Shafi was a sexual pervert tortured the two victims by thrusting knives into their private parts, among others, before they were killed. Laila is suspected to have killed one woman.

Besides Shafi, 52, and Laila, 59, the latter’s husband, Bhagaval Singh, 68, who worked as a traditional healer and masseur, was arrested Tuesday in connection with the killings of Rosly, 49, and Padmam, 52. Rosly and Padmam, who were lottery vendors in Kochi, were missing since June 6, and September 26, respectively — they used to frequent a restaurant in Kochi run by Shafi — and police cracked the case while probing the missing case of Padmam.

On Wednesday, a magistrate court in Kochi sent the three to 14-day judicial custody. In the remand report, police said the murders were human sacrifices done to appease a Goddess. According to police, Shafi, a school dropout, created a fake Facebook account in the name of “Sreedevi” in 2019 and by chatting with the couple on social media won their confidence. He introduced himself to Singh and Laila as a practitioner of witchcraft. Shafi had earlier been arrested in 2020 for raping a 75-year-old woman — in similar fashion as in the recent cases, he had injured her private parts.

In the last 15 years, he had been involved in 10 criminal cases, police said. The remand report also said Shafi lured Rosly to the couple’s house in Elanthoor in June by promising to pay Rs 10 lakh for acting in a pornographic video. She was tied down and her mouth was plastered. Laila allegedly thrust a knife into her private parts and beheaded her. Subsequently, Singh chopped off her breasts, cut the rest of the body and dumped it in a pit near the house.

The report said Shafi lured Padmam for sex work by promising her Rs 15,000. However, as Padmam got into a dispute over money, the accused smothered her. Shafi thrust a knife into her private parts and slit her throat. The three then chopped the body into 56 parts, and buried it near the house.