Amid lockdown, Kerala govt boat ferries lone passenger – a girl – to enable her to take exam

A five-member crew of the Kerala State Water Transport Department ferried the student from Kuttanad to the examination centre at Kottayam, waited for the examination to be over and dropped her back home on both days of the examination. The basic fare for students was charged from her. 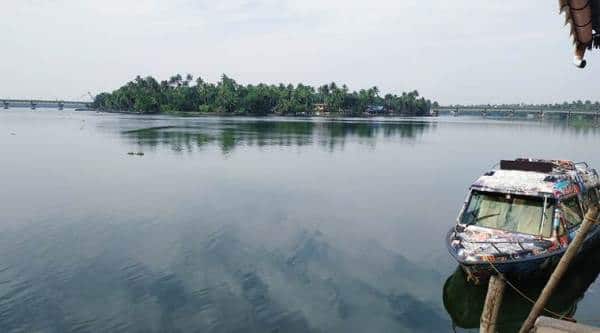 Boats are the only means of transport in this region and due to the COVID-19 induced lockdown the services had stopped plying when the dates of the examination, postponed earlier, were announced. (Representational)

In a heart-warming gesture, a 70-seater boat of the Kerala State Water Transport department was sent to ferry a lone passenger, a 17-year-old student, to enable her to appear for the plus one examination (11th standard) on two days last month in the midst of the coronavirus pandemic.

The student, Sandra Babu, who stays in a remote backwater island in Kuttanad in Alappuzha district, had to appear for the examination on Friday and Saturday at Kanjiram in Kottayam district.

Boats are the only means of transport in this region and due to the COVID-19 induced lockdown the services had stopped plying when the dates of the examination, postponed earlier, were announced.

The Kuttanad region has the lowest altitude in India and is one of the few places in the world where farming is carried on around 1.2 metre to 3.0 metres below sea level (average levelof the surface of one or more of earth’s bodies of water from which heights such as elevation may be measured).

Sandra, whose parents are daily wagers, were wondering how to get her to the examination hall, when she approached the department. On hearing about her plight, the department did not think twice but decided to extend a helping hand, KSWTD Director Shaji V Nair said.
However, there were two issues– as two districts were involved. The student, from Alappuzha, had to write the examination in Kottayam district and they had to deviate from the normal route to pick and drop her. But this was the only option as it was the question of a child’s future, Nair told PTI. Transport minister A K Saseendran also supported the move, he said.

Normally, the student has to take another boat to reach the embarkation point of the KSWTD. A five-member crew, which was entrusted the task of transporting the girl, took the boat to the nearest point from her home, and she walked about five km to reach this point, another official said.

Asked if it was a free trip, Nair said the basic fare for students was only charged from her.

Another girl, Sreedevi, walked seven km, took a motorcycle ride, and travelled in an Ambulance to cover about 150 km from a remote tribal hamlet to reach her examination centre at Thrissur and appeared for the Secondary School Leaving Certificate (SSLC) examination recently.

The 10th standard student travelled from a tribal hamlet situated in the midst of a forest, near Malakkapara, 90 km from the Tamil Nadu-Valpara Pollachi border to appear for the examination.