Born in 1993, Vivek Kumar joined the Army in 2012 and was the sole breadwinner of the family. 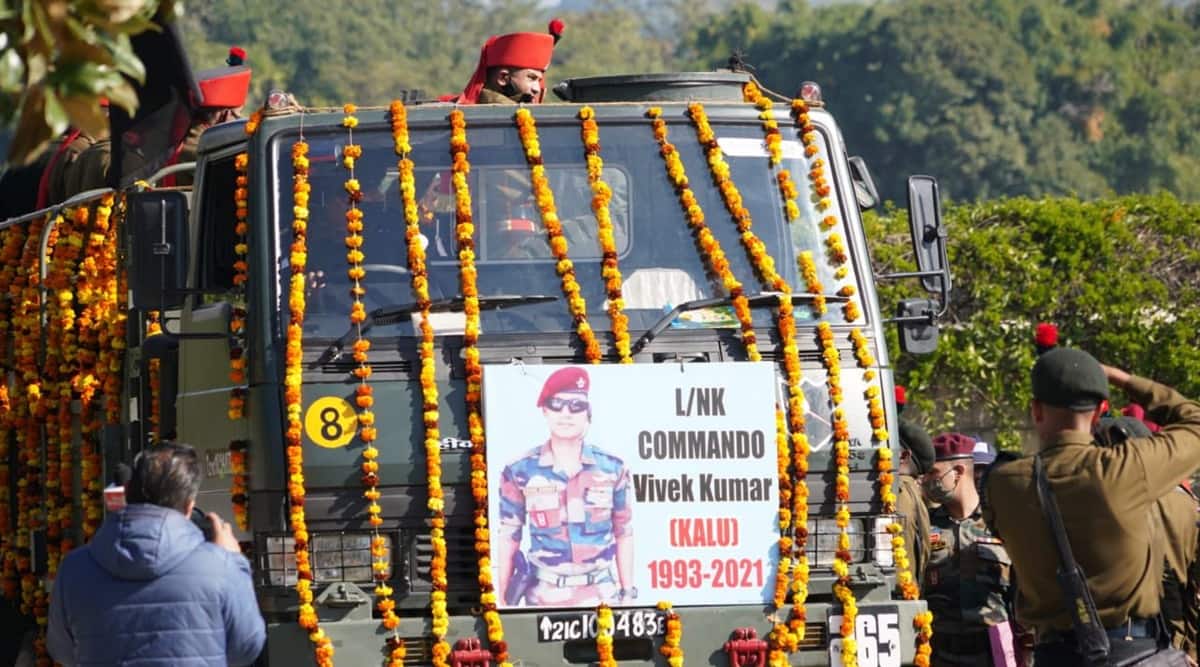 His younger brother, Sumit Kumar, lit the pyre at the Kanjeshwar Mahadev crematorium in Lambagaon town, about 15 km from his home village of Thehedu.

Army jawans and the state police accorded him a gun salute.

Thousands of people and several vehicles accompanied the procession road from Gaggal airport to Thehedu and then Lambagaon. Thakur was also seen consoling Ramesh Chand, the father of the soldier. 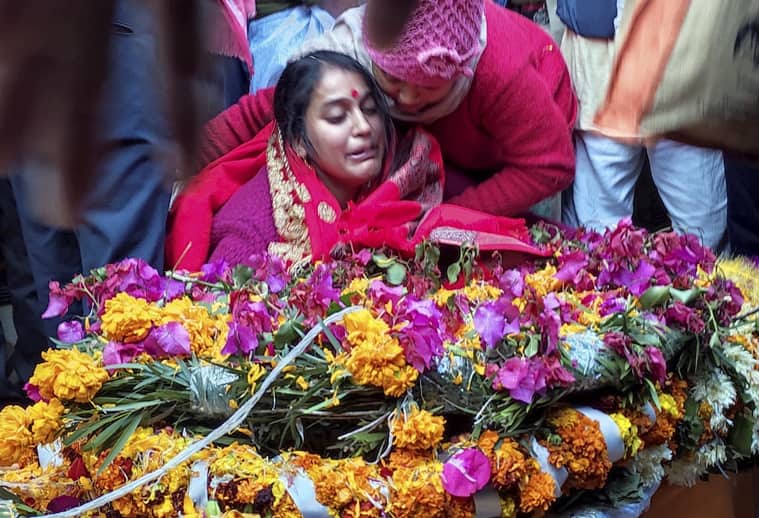 Vivek Kumar’s wife Priyanka said: “I am very proud of my husband. He had many dreams for the upbringing of our six-month-old child. I will fulfil all those wishes.”

His mother requested the government to provide employment to some family members.

Chief Minister Thakur said the state government has provided Rs 5 lakh as immediate relief to the bereaved family. He also announced an additional Rs 5 lakh to the family from his discretionary fund.

Born in 1993, Vivek Kumar joined the Army in 2012 and was the sole breadwinner of the family.

The chopper crash led to the deaths of Chief of Defence Staff General Bipin Rawat, his wife and eleven other security personnel.