Jai Ram Thakur, 57, is seeking to continue as chief minister and break the tradition of 'alternate governments' in the state 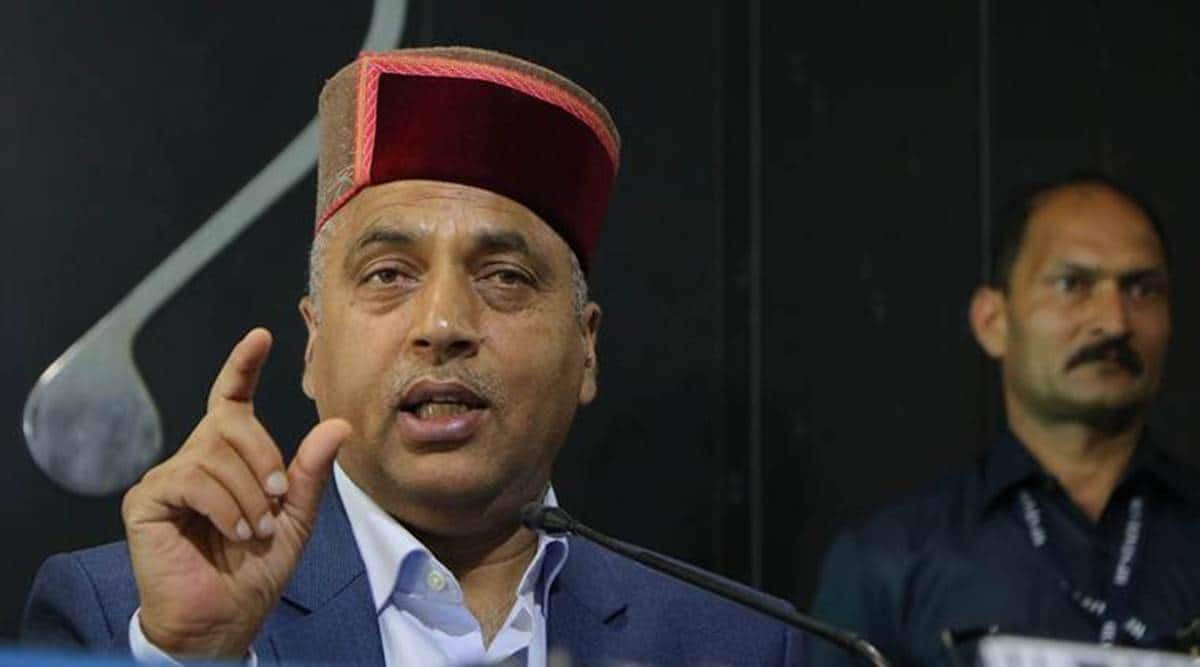 Chief Minister and BJP leader Jai Ram Thakur is leading in the Seraj assembly constituency in Himachal Pradesh by a margin of over 22,000 votes over Chet Ram of the Congress, according to the Election Commission. Thakur, 57, is seeking to continue as chief minister and break the tradition of ‘alternate governments’ in the state.

Himachal Pradesh has not returned any incumbent government to power in the last nearly four decades.

The Seraj constituency falls under the Mandi parliamentary seat, which state Congress chief Pratibha Singh represents. She won it in a by-election.

Six contestants are in the fray for the seat which has around 75,000 electors.

Counting of votes for the 68-member assembly began at 8 am and the results of the elections will also reveal whether the BJP’s all-out personalised campaign led by Prime Minister Narendra Modi to buck the ‘alternative government’ trend has worked or not.

Four-time MLA and Congress leader Mukesh Agnihotri has a lead of over 3,200 votes over his nearest BJP rival Ram Kumar in Himachal Pradesh’s Haroli constituency, according to the Election Commission.

The leader of opposition in the state assembly has defeated Kumar in the last two assembly polls in the state.
Haroli in Himachal Pradesh’s Una district is a key constituency, particularly for the Congress that has been scoring wins from here despite the BJP’s sway and is aiming at regaining power in the hill state.

Journalist-turned-politician Agnihotri is contesting for the fifth time, after winning four times in a row.

It is a triangular contest in Haroli among the Congress, the BJP and the Aam Aadmi Party, which has fielded Ravinder Pal Singh Mann, a new entrant in the state elections. Naresh Kumar (BSP) and Ashwani Kumar Rana (Rashtriya Devbhui Party) are also in the fray from the seat.

Journalist-turned-politician Agnihotri is contesting for the fifth time, after winning four times in a row. (File)

Across large swathes of the constituency which borders Punjab, Agnihotri’s supporters are clamouring for their leader to be made the chief ministerial candidate of the Congress in case the party wins.

Though Haroli borders Punjab, the AAP has not been able to make a mark in the constituency.

BJP’s Kumar, a former teacher, has sought votes claiming that he remained among the people of Haroli despite losing elections and helped them in their time of need and has urged voters to give him a chance once.

The ruling BJP in the state out to beat the historical trend of anti-incumbency in the state by repeating its government.

Eighty-two-year-old retired army colonel Shandil, the oldest candidate in the fray, was leading by 1,371 votes over Kashyap, according to early trends given by the Election Commission.

Four candidates, including one from the Aam Aadmi Party, had contested from Solan.

Counting of votes for the 68-member assembly began at 8 am and the ruling BJP is hoping to retain power.

In the 2017 assembly elections, Shandil could barely hold on to his seat as he won by a narrow margin of 671 votes against Kashyap, who had then contested from Solan for the first time.

Eighty-two-year-old retired army colonel Shandil, the oldest candidate in the fray, was leading by 1,371 votes over Kashyap, according to early trends given by the Election Commission. (File)

Shandil has also been an MP from Shimla earlier.

The fact that all parties treated Solan as a prestigious seat could be gauged from the fact that ahead of the November 12 polls, Prime Minister Narendra Modi and Congress leader Priyanka Gandhi Vadra addressed their party rallies in the constituency, while AAP national convener Arvind Kejriwal took out a road show.

Kashyap had raised sewerage and parking problem as poll issues while Shandil had claimed that the previous Congress government undertook equitable development across the state.

Solan district is home to Himachal’s industrial corridor of Baddi-Barotiwala-Nalagarh.

The assembly constituency has two parts–urban and rural, and is famous for its mushrooms.