After 16 years of distinguished service as a transport pilot in the Indian Air Force, Wing Commander Chauhan was in the spotlight at the Mrs India Inc World Beauty Pageant 2021, held in the last week of January, where she was the second runner-up. 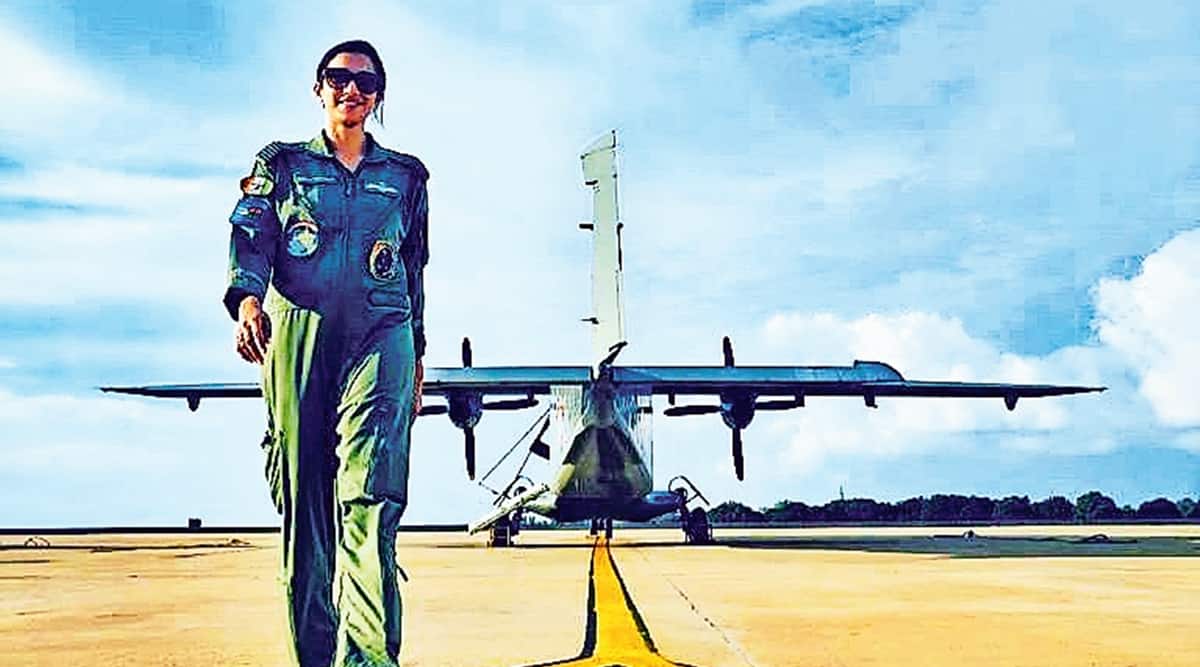 Shruti Chauhan has served in Indian Air Force for 16 years.

For Wing Commander Shruti Chauhan, it was a total cultural shift, from lacing up her boots to walking on the ramp in six-inch heels. After 16 years of distinguished service as a transport pilot in the Indian Air Force, Wing Commander Chauhan was in the spotlight at the Mrs India Inc World Beauty Pageant 2021, held in the last week of January, where she was the second runner-up. Now, she will be representing India at the Mrs Galaxy competition, scheduled to be held in Chicago in August.

“One of my juniors had suggested that I take part in the pageant but at the time I did not take it seriously. They registered me for the pageant because of the confidence they had, and it was in the auditions that I told myself that it is something I should buckle up for. But when I jumped into it, I went all in for it,” she said.

The 38-year-old said she was an exceptional case as not only did she take part in a pageant, but did so while serving in the defence forces.

“It was a struggle for me as the organisation was supportive but at the same time I did not want it to affect my work of a transport pilot in the Indian Air Force. I had the desire to participate in the competition and to win it. It was up to me to manage the household, my daughter and my work,”

While the Mrs India Inc World Beauty Pageant 2021 was originally scheduled for June last year, it was postponed due to the Covid-19 pandemic. Wing Commander Chauhan said that they were trained online for a little over two months and the ramp walk practice happened a week before the competition.

Talking about her preparations for Mrs Galaxy and representing India, she said, “We are working on our physical fitness and we also have to keep pushing the social cause that we work for. Apart from that, we also have to look for sponsors as unlike the Miss India counterparts, the pageant for married women is a little difficult. Mrs India, fortunately, was conducted in time as well as safely. But other countries are yet to come out of the worst of the pandemic, and their competitions have not been held,” she said.

“My maiden residence has been in Pune, where I am currently posted… after being crowned the second runner-up, I have been receiving several accolades,” she said.

She said that apart from her duty, two social causes she works towards are helping children of sex workers and families of martyrs.

“The pageant preparations generally are around how aware you are about what is happening around the world and how you want to pitch yourself in the world map.. I try to help the children of sex workers to get a proper respectable life in society. Being attached to the defence forces, I also help families, especially children who have lost the only earning member of their family, either in war or due to tensions at the borders,” she said.

Situation going from bad to worse, vaccinate all 45-plus in surge districts in 2 weeks: Centre