BrahMos, deployed by the Navy on its warships first in 2005, has the capability to hit sea-based targets beyond radar horizon. 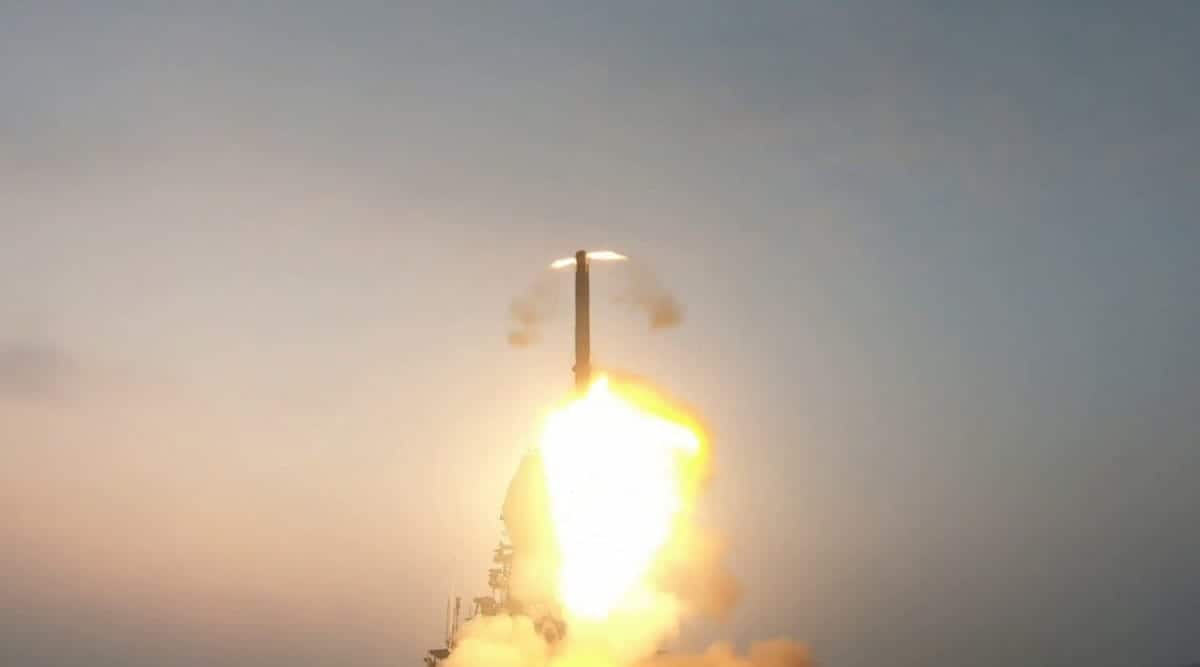 An extended range sea-to-sea variant of the BrahMos supersonic cruise missile was successfully test-fired by India from the Indian Navy’s newly commissioned INS Visakhapatnam on Tuesday, the Defence Research and Development Organisation said.

The Navy too said the launch was an achievement. “Successful test-firing of the extended-range BrahMos Supersonic Cruise missile from INS Visakhapatnam, Indian Navy’s newest indigenously-built guided missile destroyer, represents a twin achievement: Certifies the accuracy of the ship’s combat system and armament complex. Validates a new capability the missile provides the Navy and the Nation,” it tweeted.

BrahMos, deployed by the Navy on its warships first in 2005, has the capability to hit sea-based targets beyond radar horizon.

This version of the missile has been designed to launch either in a vertical or a horizontal mode from moving/stationary assets to target both land and sea targets. The missiles, fired at a speed of 2.8 Mach or nearly three times the speed of sound, significantly increase the capability of the ships in engaging long-range targets.

On Tuesday, Defence Minister Rajnath Singh congratulated the DRDO and other stakeholders for the launch.

“The robustness of Indian Navy’s mission readiness is reconfirmed today after successful launch of the advanced version of BrahMos Missile from INS Visakhapatnam. I congratulate the wonderful teamwork of the Indian Navy, DRDO and Brahmos Missile,” he said on Twitter.

BrahMos missiles are designed and developed by BrahMos Aerospace, a joint venture company set up by Defence Research and Development Organisation (DRDO) and Mashinostroyenia of Russia.

Originally introduced in 2001, variations of these supersonic missiles can be launched from submarines, ships, aircraft, and land platforms.