‘Rs 2.3 cr spent on bungalow for former Prez, but that’s no loss to exchequer’

Oommen, along with the organisation that originally agitated against the allotment, now plan to move court calling the exercise a waste of public money. 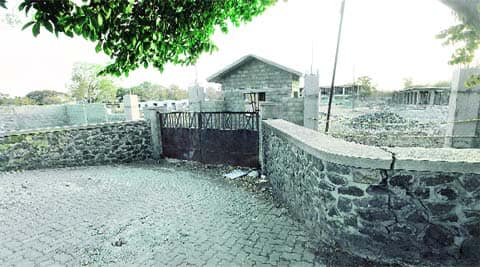 Spent Rs 2.3 crore on Pratibha Patil’s post-retirement bungalow, but that’s no loss to exchequer” — this is what can be drawn out of the latest reply to an RTI query by city-based activist to the Ministry of Defence (MoD). The activist Maj (retd) Mathew Oommen along with the organisation that agitated against the bungalow being sanctioned to the former President is now “contemplating filing a PIL”.

Replying to specific questions, the RTI reply directed to Commander Works Engineer (CWE), Khadki, by MoD has said that Rs 5.18 crore was sanctioned for the construction of the bungalow, of which Rs 2.31 crore was spent on the work before it was halted in April 2012 when Patil gave away the claim following agitation by citizen group. While the reason for stopping the work has been listed as “change in utilisation of the building”, interestingly the reply has mentioned as ‘nil’ the loss to exchequer caused due to the cancellation of the ex-President’s occupation of the bungalow.

Oommen, along with the organisation that originally agitated against the allotment, now plan to move court calling the exercise a waste of public money. “We have written to the Engineer-in-Chief of the Indian Army on February 17 and are awaiting a reply. Post that, we plan to file a PIL,” Oommen said.

In the letter to E-in-C, he wrote, “The statement — change in utilisation or re-appropriation — with regard to defence property, that even, after  having spent a sum of Rs 23164345.70, is not only vague but rather evasive and irresponsible. Moreover, the CWE’s office ventured to state that there is no loss to the public exchequer on account of this abandoned project. It is further learnt that prior to undertaking this expensive construction by Garrison Engineer (central), Kirkee, the previously existing buildings at survey no. 226/227 were renovated at a staggering cost and then raised to the ground. The responsibility of providing accommodation to the president on retirement is of the Home Ministry/Urban Development. MoD sanctioned the work/allotted the land when this ministry had no role to play. A departure from rules, Rs 5.18 crore was sanctioned when MoD is not authorised to sanction any amount.”

It may be noted that the abandoned bungalow, which continues to be in dilapidated condition since April 2012, was to be converted into an Officers-cum-Other Ranks Institute according to Southern Command’s last communication with this paper dated January 4, 2013. “The proposal for alternative utilisation of the building as Officers-cum-Other Ranks Institute was forwarded to the MoD. In-principle approval for the same has been received. Process is underway to obtain formal approval as per the laid down procedure. On receipt of the approval, the same would be intimated,” the reply had said.

However, according to the RTI reply to Oommen, the “re-appropriation of the bungalow is still under consideration”.