Rahul Gandhi’s remarks on Savarkar will cause cracks in MVA alliance: Sanjay Raut

The MNS, which will stage a protest during Rahul Gandhi's Bharat Jodo Yatra in Maharashtra on Friday, reminded the Congress leader that his grandmother and former PM Indira Gandhi had once praised Savarkar 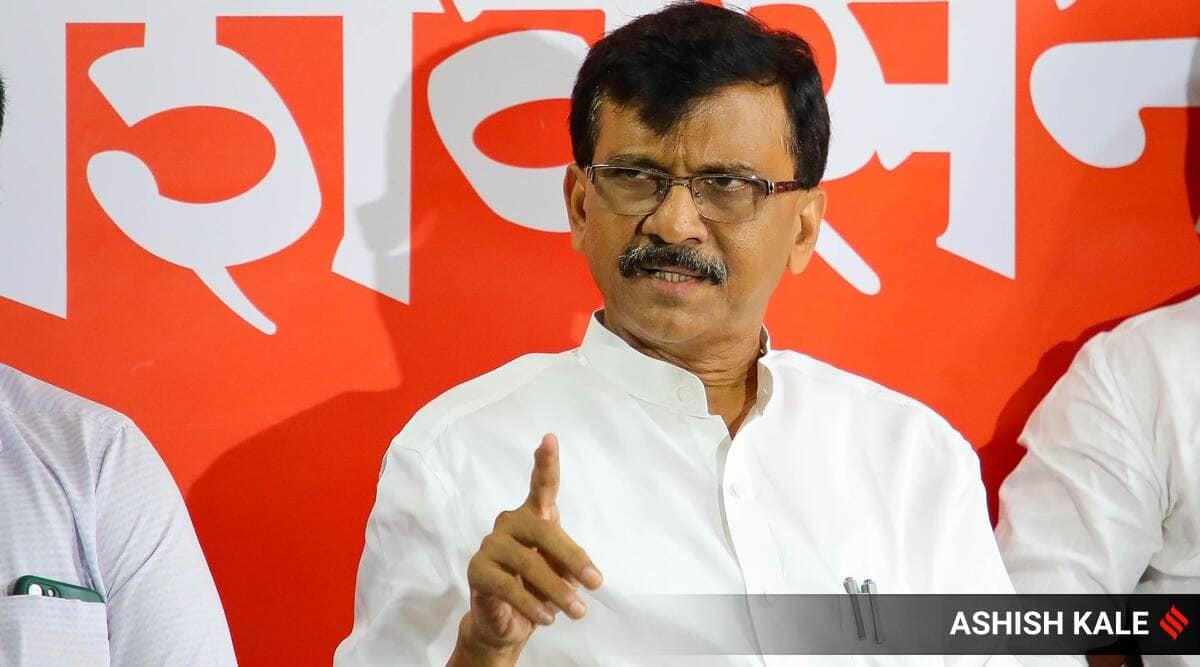 Raut said Savarkar is a hero for the Shiv Sena (UBT) and they will continue to idolise him. "Our party chief Uddhav Thackeray made it clear yesterday that we love, admire and have immense faith in Savarkar. We, therefore, do not agree with Rahul Gandhi's views," he said. (File)

Congress MP Rahul Gandhi’s remarks on Hindutva ideologue Vinayak Damodar Savarkar, which triggered a controversy in Maharashtra, have raised questions on the fate of the Maha Vikas Aghadi (MVA) alliance in the state, with the Shiv Sena reiterating its displeasure on his statement.

“What Rahul Gandhi said about Veer Savarkar will cause cracks in the MVA alliance,” Shiv Sena (Uddav Balasaheb Thackeray) chief spokesperson Sanjay Raut said at a press conference Friday. Asked whether this means that the MVA would collapse, Raut said, “The MVA would not collapse. It would certainly cause bitterness… there will be cracks in our alliance which is not a good sign.”

At a function in memory of tribal leader Birsa Munda in Washim on Tuesday, Rahul had said, “Despite the British offering him land, (Birsa Munda) refused to bow down; he chose death. We, the Congress party, consider him our idol. For the BJP and RSS, Savarkarji, who wrote mercy petitions to the British and accepted pension, is an idol.”

Raut said Rahul Gandhi’s Bharat Jodo Yatra has drawn a huge response in Maharashtra and therefore at this juncture, there was no need for him to raise the Savarkar issue and create a controversy. “Compared to other parts of the country, in Maharashtra Rahul’s Bharat Jodo Yatra has drawn an overwhelming response. His yatra is aimed at ending the hatemongering that is going on in the country and raising voice against rising inflation and unemployment. He has rightly raised these issues… When he is doing a good job and stirring the nation’s conscience, where was the need for him to raise Savarkar’s issue? He should have ignored it and stayed focused on the good job that he is doing,” he pointed out.

Reiterating that the Sena completely disagrees with Gandhi on the issue, Raut said, “Rahul Gandhi has made his point clear for the umpteenth time. He has in the past repeatedly said that Savarkar had sought mercy from the British… When he has already publicly made this point at his rallies and press conferences, where is the need for him to go on repeating the same? When he is talking of ending the hate mongering in the country, why is he targetting Savarkar again and again?”

Raut said Savarkar is a hero for the Shiv Sena (UBT) and they will continue to idolise him. “Our party chief Uddhav Thackeray made it clear yesterday that we love, admire and have immense faith in Savarkar. We, therefore, do not agree with Rahul Gandhi’s views,” he said.

In this context, Raut said Sena chief Uddhav Thackeray has also raised some relevant questions. “Those who did not participate in the freedom struggle are suddenly showing admiration for Savarkar. It is clear that the BJP is looking for political gains from Savakar’s name,” he said.

Meanwhile, the Raj Thackeray-led Maharashtra Navnirman Sena (MNS), which will stage a protest during Rahul Gandhi’s Bharat Jodo Yatra on Friday, reminded him that his grandmother and former Prime Minister Indira Gandhi had once praised Savarkar. “On Savarkar’s death, Indira Gandhi had herself said that it was a great loss to the nation… If his grandmother had praised Savarkar, then why is he insulting the revolutionary leader,” MNS leader Nitin Sardesai sought to know.

Amid backlash for Jehda Nasha, Tanishk Bagchi says recreations help ‘original singers in getting noticed’: ‘They thanked me for putting their song in the film’