Among the three Zika virus cases in Maharashtra, the Nashik native developed fever, cough, joint pain and fatigue on November 16. 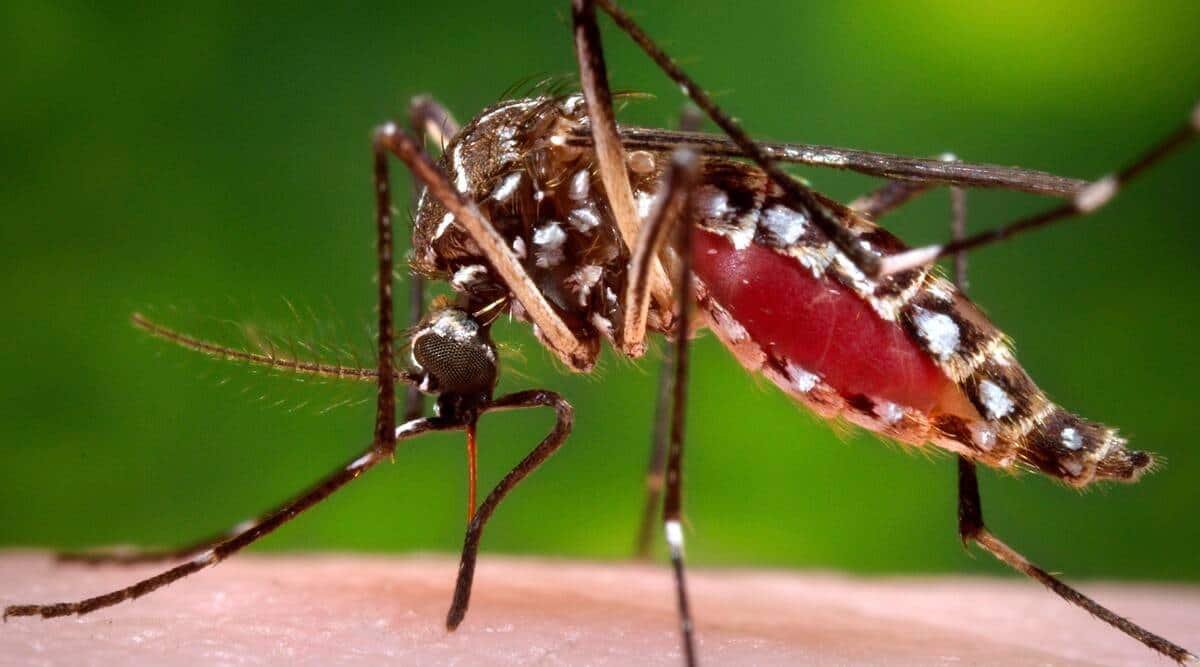 The Zika virus is similar to the virus that spreads dengue fever; it is transmitted by infected aedes aegypti mosquitoes. (Representative/ AP file)

A 67-year-old man from Maharashtra’s Nashik district tested positive for the Zika virus while in Pune and recovered from the infection later, health department officials said Friday.

The man, who was staying at Bavdhan, had fever, cough, joint pain and fatigue and had been treated as an outpatient at Pune’s Jehangir Hospital. Before coming to the city on November 6, he visited Surat in Gujarat. After he developed the symptoms on November 16, his serum sample was sent for investigation to a private laboratory, which confirmed Zika virus infection.

On November 30, the National Institute of Virology in Pune also confirmed the infection, according to Dr Pradeep Awate, the state surveillance officer.

Dr Sanjeev Wavare, assistant health chief of the Pune Municipal Corporation, said that entomological surveillance was stepped up and a container survey was immediately conducted at the man’s house and its surroundings. “We did not find any breeding spots,” Dr Wavare said.

Dr Awate said the state had reported three cases of Zika virus infection. The first one was a woman from Belsar village in Pune district.

The Zika virus is similar to the virus that spreads dengue fever; it is transmitted by infected aedes aegypti mosquitoes.

Precautionary measures are taken mainly for pregnant women as expectant mothers who contract Zika infection are likely at the risk of miscarriage.

According to public health department experts, there is no specific treatment for infection with the Zika virus. To help relieve symptoms, it is important to get plenty of rest and drink fluids to prevent dehydration.

Maharashtra has confirmed 793 cases of measles, with the majority of them (370) in Mumbai. Last year there were 92 measles cases and one outbreak. This year 93 measles outbreaks have been recorded.

Dr Awate, the surveillance officer, said that cases were being reported from districts such as Malegaon, Aurangabad and Pimpri Chinchwad. A district-wise task force was set up and 2,974 special vaccination drives were conducted in October and November, he said.

Pune has reported six cases of measles this year, Dr Suryakant Deokar, the Pune municipal corporation’s immunisation officer told The Indian Express. They were sporadic ones.

Following the measles outbreak in Mumbai, Pimpri Chinchwad and other areas, civic health authorities conducted a survey of at least 70,000 houses. “We have sent a total of 193 suspected samples to the Haffkine Institute in Mumbai for further investigation,” Dr Deokar said.