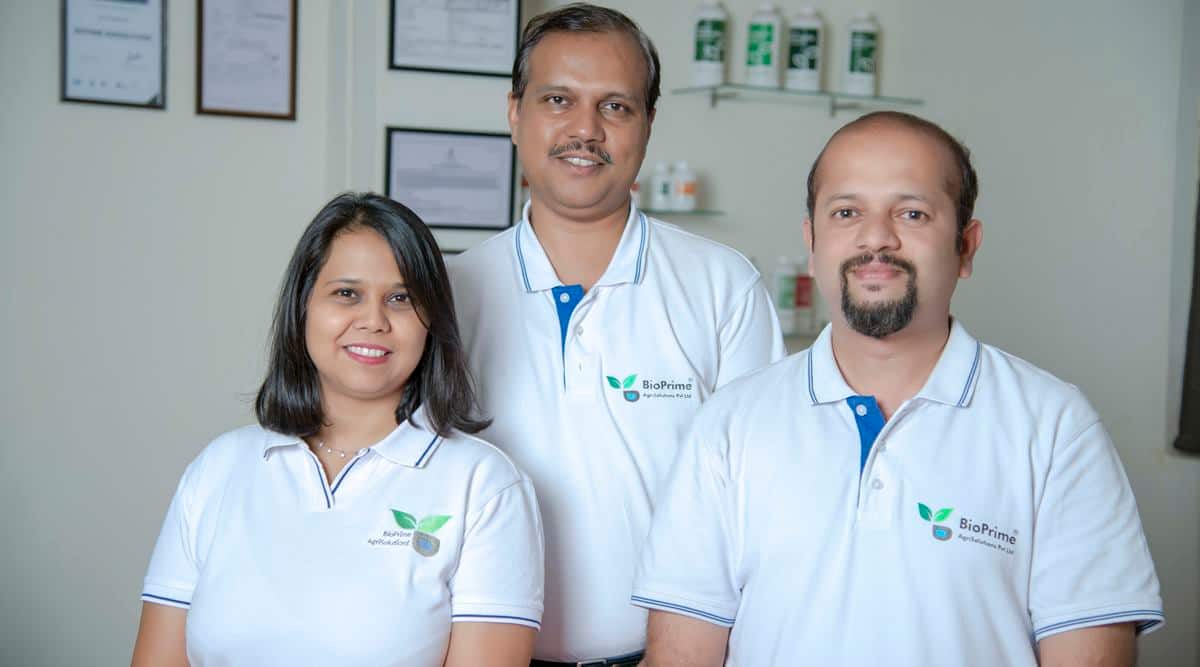 This is the first investment under Omnivore's OmniX Bio programme launched on Monday.

This is the first investment under Omnivore’s OmniX Bio programme launched on Monday. The programme aims at supporting Indian entrepreneurs involved in agricultural biotechnology, bioenergy and developing biomaterials, innovative foods. Through its venture funding and mentorship from global agrifood life sciences leaders, it will support early-stage agrifood life science start-ups in India.

Bioprime Agrisolutions was founded by Renuka Karandikar, Amit Shinde and Shekhar Bhosale, all of whom are alumni of Savitribai Phule Pune University. The company, incubated at CSIR – National Chemical Laboratory’s Venture Centre, has been involved in identifying and developing plant-based biomolecules capable of modulating plant responses to the effects of climate change. At present, first-generation biomolecules are in their early phase of commercialisation. This team has been closely working with farmers in Pune, Nashik and Satara in Maharashtra along with a few others in other states.

With the latest investment, the company plans to steer further its study on crops, understand their resilience to climate change across 15 agro-climatic zones in the country.

Some of the prominent crops that will be covered include rice, wheat, a number of oil seeds for which hotspots across Maharashtra, Gujarat, Rajasthan, Uttar Pradesh and more states with varying climate and temperate settings have been identified. “We have identified 60 hotspots across 15 agro-climatic zones, where our teams will carry out microbe collections,” said Renuka Karandikar, CEO, Bioprime Agrisolutions.

Simultaneously, the company also aims to establish a plant-microbe bank that will be developed for undertaking future research commercially.

The role of technology has to grow to make cultivation sustainable and climate-smart. “Technological advances can solve some of the toughest challenges in Indian agriculture. The launch of OmniX will help reboot the agrifood life sciences ecosystem in India,” said Mark Kahn, Managing Partner, Omnivore.