People who Buffer, a play, comprises eight narratives by them of personal stories, poetry, dialogue and fictional vignettes. 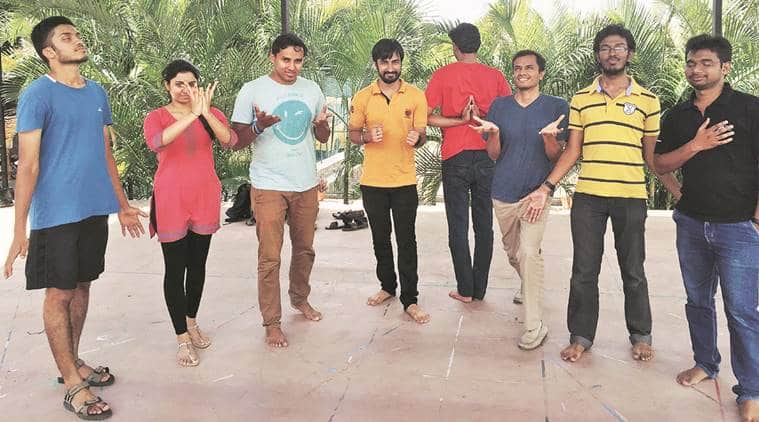 Participants during the theatre writing workshop, Places of Pilgrimage, which was curated by city-based theatre artiste Ajay Joshi.

A few months ago, a representative of The Indian Stammering Association’s (TISA’s) Pune Chapter got in touch with city-based theatre artiste Ajay Joshi for a creative project. In May, a theatre writing workshop titled “Places of Pilgrimage” was curated by Joshi, which was attended by eight stammerers from the city. By the end of the workshop, participants had produced eight narratives that comprised personal stories, poetry, dialogue and fictional vignettes, all of which have been compiled into a single play, People who Buffer.

“The play is a medium by which the stories of stammerers can be shared with the society, allowing the creative process to culminate in an act of self-expression and self-advocacy,” says Joshi.

Originally designed by American playwright Heather Raffo, the workshop, which aims to bring first person stories centering around the question, “Who are you in your own words?” was conducted by non-profit organisation Speak: Stammering Foundation in collaboration with TISA, a community of stammerers who share, discuss and face their problem.

The participants attended the 10-session workshop under Noura Embabi, a speech-language pathologist from New York, at the Vikhe Patil Memorial School.

“The workshop challenged participants to explore personal narratives through theatre writing in the form of monologues. Writing centered on such themes as journey, belonging, identity and dreams,” says Joshi.

Interestingly, the play, “People who Buffer” which is directed by Saggherr Loadhii from Pune-based theatre group Aakanksha Rangbhoomi, also has some professional actors other than the workshop participants. “We realised that when a person who stammers is on his own, he doesn’t stammer. Basically, there is always a trigger for stammering. Thus, we got non-stammerers too as their alter egos,” says Joshi, adding that currently the group is busy rehearsing for the play that will be held on June 25 and 26 at Sudarshan Hall from 6 pm to 8 pm.

Loadhii, the play’s director, says People who Buffer starts as an absurd work that’s a combination of poem, monologues, statements – all juxtaposed together.

The story, he says, progresses to tell the tale of one stammerer and then moves on to stories of other stammerers too and talks about various aspects of their lives, like socio-political background, school days, college days, fear for the future and so on. Speaking about the challenges of working with the stammerers who had no theatre background, Loadhii says, “Since they are non-actors, we have been having different exercises with them that will train them for things like pauses and body language.”

TISA Pune Chapter holds Self-Help Group meetings once a week at Senior Citizens Hall on Dhole Patil Road on Sundays from 10.30 am to 12 pm.

TISA also organises national conferences where all stammerers from India come together for three days.
Besides, there is also TISA Blog where stammerers can share their feelings.