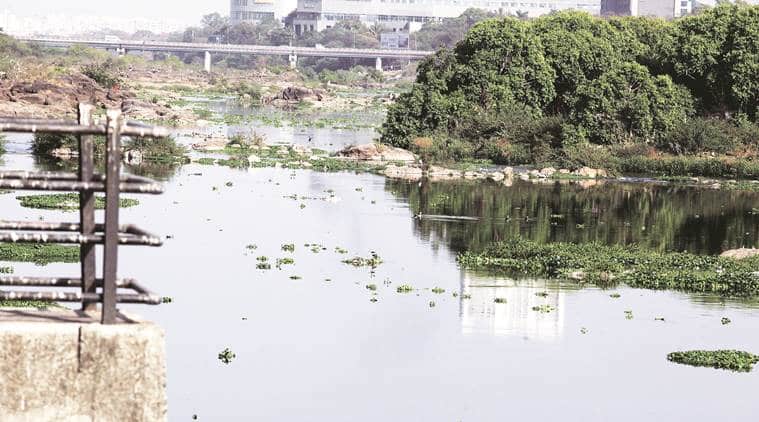 The Mula, Mutha rivers have been identified by the Central Pollution Control Board among country’s polluted rivers.

As per the Maharashtra State Budget 2017-18, an assistance of Rs 100 crore will be provided from the central government for reducing the pollution level on Mula and Mutha rivers.

The amount is a part of the Rs 990 crore project – Pollution Abatement of River Mula-Mutha, for which the Centre signed a loan agreement with the Japan International Cooperation Agency (JICA) under the National River Conservation Plan (NRCP) in the year 2015. The total cost of the project – Rs 990 crore – will be shared in the ration of 85:15 between Central Government and the Pune Municipal Corporation (PMC) respectively.

The Mula-Mutha river is identified by the Central Pollution Control Board among 300-plus polluted rivers in the country. Over the past decades, the condition of the rivers have decayed due to discharge of untreated domestic waste water into the river owing to inadequate sewerage system, dumping of construction material and open defecation on the river banks.

In January, in a three-part series titled ‘Dying Rivers of Pune’, Pune Newsline had also tracked deteriorating water bodies of Pune including Mula-Mutha and highlighted the problem at civic as well as society level.

Sharing details of the work that will be done under the project, Jagdish Khanore, superintendent engineer, PMC, said that 11 new new Sewage Treatment Plants (STPs) will be set up to create additional treatment capacity of 396 mld over the existing treatment capacity of 477 mld. The work will also include laying of sewer lines and renovation/rehabilitation of existing intermediate pumping stations. The project includes installation of Central SCADA system for centralized monitoring of functioning of STPs, construction of 24 units of community toilet facilities in slum and fringe areas, public participation and awareness programme, GIS mapping of sewerage facilities for better asset management.

Khanore informs that in 2012-2013, PMC had appointed Maharashtra Jeevan Pradhikaran as consultant for the project to prepare development plan, which was later sent to the state government. After the state government shared the plan with the central government, the JICA loan agreement was signed.

Aditi Deodhar, founder of Jeevitnadi, an organisation that works towards rejuvenation of rivers, said the government has ignored the problem for too long. The rivers should have come to their notice earlier when they were turning into sewers.

“No doubt that we need advanced technology to address the problem and see that all the STPs are working upto their optimum capacity, however, that will only tackle a part of the problem. There is no oxygen in the river and one of the reasons is also that there is no flow in the river. Along with JICA project, the civic officials should also consider other factors that are polluting the rivers,” she added.

Vinod Bodhankar of Sagar Mitra said that across the globe there are only three rivers which have been restored in the real sense wherein the Dissolved Oxygen (DO) level was brought upto 8 parts per million (ppm). “The standard for the cleanliness of a river it water – 8 ppm – cannot be compromised. According to me, 8=infinity is as important as E=MC2. While 8 ppm is the number for human beings to measure the health of water, infinity is the measure of the value of life for the vegetation and fish and all living beings in the river. Water which is unhealthy and is below 4 ppm oxygen, will not sustain fish population. At 0 ppm of DO, the river is dead. Any amount of fund serves no purpose if the DO level is below 8 ppm,” said Bodhankar.

When questioned what’s causing delay in implementation of the project, Khanore pointed out that unless NRCP appoints principal consultant for the project, the released funds cannot be utilised. “We have been doing a follow-up with them from the last one year but so far the appointment hasn’t been made,” said Khanore.