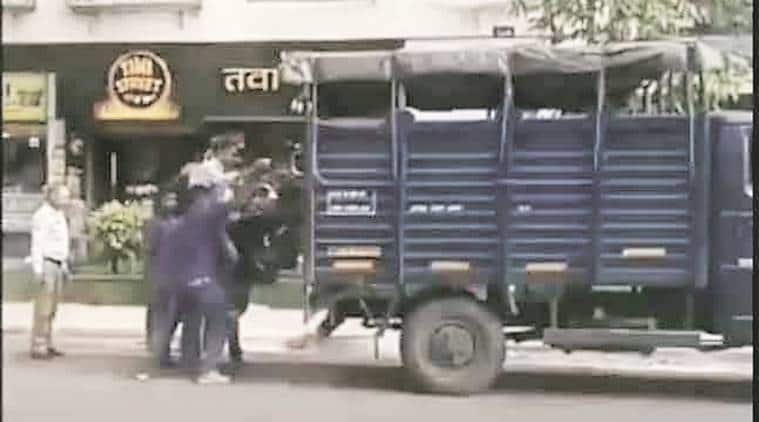 A traffic constable stands nearby, watching the incident unfold. A man is sitting on a motorcycle, which some workers are lifting up. They manage to push the motorcycle into a tempo, with the man still seated on it. This is a video being circulated in social media on Thursday. It shows contractual personnel, hired by the police to seize vehicles parked in no-parking areas, impounding a bike, and lifting it into a tempo with its driver still seated on it.

Senior police officers said an inquiry will be launched into the incident, which is believed to have taken place in the last two days. The video appears to show the front of the Lunkad Plaza commercial complex in Vimannagar, and has been shot by a passerby. It shows at least five contractual staffers impounding motorcycles parked in front of a restaurant, in the presence of a traffic police constable. The video shows the contractual staffers pushing the man on the bike into the tempo.

Ashok Morale, deputy commissioner of police (Traffic) said, “We are looking into the video. We will verify what exactly was the sequence of events and action will be taken accordingly.”

In Pune, the traffic control branch of the police hires private contractors who employ staffers and tempos to lift vehicles parked in no-parking zones. The seized vehicles are taken to the local traffic police’s zonal office. The owner of the vehicle then has to pay a fine to get the vehicle back.