Pune has been recording a rise in Black Fungus infections over the past two months. 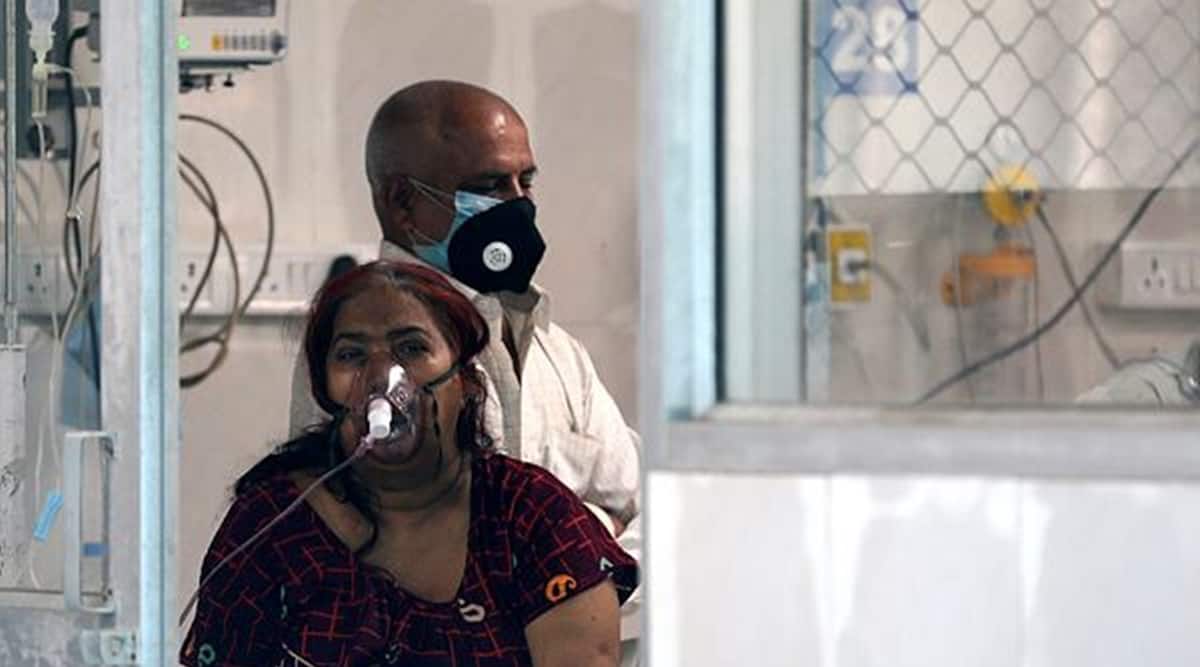 Dr Lathi said Mucormycosis affects those Covid patients, who had been on antibiotics, steroids and remdesivir and were admitted in the ICU. (Express File/Vishal Srivastava)

BLACK FUNGUS or Mucormycosis, a rare fungal infection in Covid patients, has claimed nine lives in Pimpri-Chinchwad’s Yashwantrao Chavan Memorial Hospital (YCMH), with two patients losing vision in one of their eyes.

The city has been recording a rise in Black Fungus infections over the past two months.

YCMH Dean Dr Rajendra Wable said the hospital alone has seen nine deaths so far and around 40-50 patients are undergoing treatment. “Of the total patients undergoing treatment, half were discharged after they recovered from Covid. Rest of them have come to YCMH from other hospitals for treatment,” he added.

“Mucormycosis is the primary cause of the deaths and Covid the secondary cause. Mucormycosis occurs due to the virus. It can happen while the patient is undergoing treatment or after the patient has recovered from Covid,” he added.

Dr Wable said once a Covid patient has recovered and discharged from hospital, he or she should strictly adhere to the medicine regimen prescribed by his/her doctors.

“The medicines, especially for thinning bloods, should be regularly taken. Some patients suddenly stop the medicines, which could prove detrimental to them as it leads to formation of the Black Fungus in nose or jaws,” he said.

Dr Aniket Lathi, who heads the ENT section at YCMH, said, “Mucormycosis cannot be treated as an isolated cause of death. It happens because of Covid and post-Covid complications. The Black Fungus usually starts from the jaws, spreads to eyes and brain. It proves fatal if left untreated.”

Dr Lathi said Mucormycosis affects those Covid patients, who had been on antibiotics, steroids and remdesivir and were admitted in the ICU.

“Such cases are common post Covid and among those with comorbidities, especially those with high blood sugar,” he said.

Dr Roopali Maheshgauri, ophthalmologist at YCMH, said: “Two patients have lost vision in one of their eyes, impacted by Mucormycosis. Both of them are female, aged above 60, and diabetic.”

Dr Yeshwant Ingle, who heads the dental department at YCMH, said: “After recovering from Covid, patients should take their prescribed medicines regularly and use antiseptic-diluted solution for gargle etc. Care should be taken to ensure that the solution is properly diluted.”

Dr Ingle said in the first wave, they had hardly seen such cases. “In the second wave, we see Mucormycosis cases regularly with symptoms like headache, constant light fever, clogging of the nasal tract, bloody or blackish mucus emission from nose, pain on only one side of the face, severity of redness of jaw, prominent aching in teeth and hazy vision,” Dr Ingle added.

Dr Shrikrishna Joshi of Lokmanya Hospital said, “Excess use of steroids and uncontrolled diabetes are the two major reasons behind the growth of Black Fungus. If steroids are used judiciously, glucose level won’t rise in a patient and therefore, there will be less chances of fungal growth. However, if steroids are used excessively, the possibility of fungal growth cannot be ruled out. Steroids are mainly used to reduce inflammation among Covid patients.”