Pooja's purported photographs with Rathod and about 12 audio clips have surfaced, following which there has been a demand to probe the minister's link with her death. 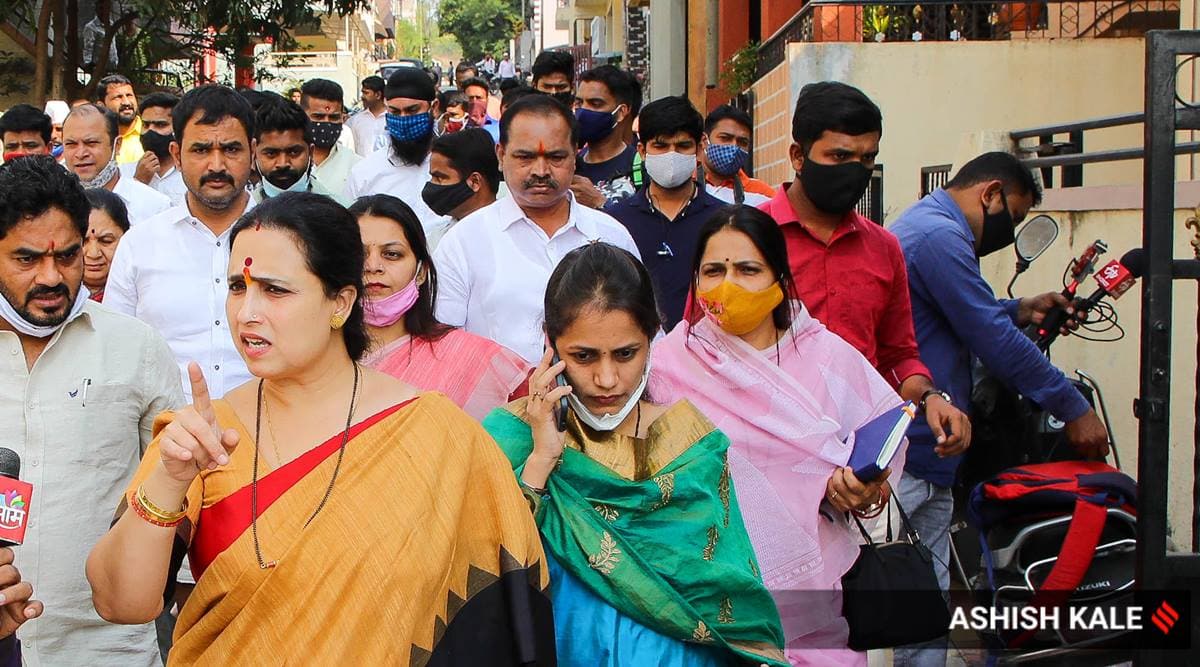 Wagh, vice-president of the BJP’s state unit, visited the apartment in Mohammadwadi where Pooja lived with two other people. She also visited the Wanavdi police station and held a meeting with Pune Police Commissioner Amitabh Gupta, asking why no first information report (FIR) had been lodged, and no action taken against Rathod in the case.

Pooja (22) was a member of the tribal Banjara community and hailed from Parli Vaijnath in Beed district. She had come to Pune to attend an educational course. She is suspected to have died by suicide in the early hours of February 7 by jumping from the first floor of her building. After the incident, the two persons residing with Pooja had reportedly taken her to a hospital, but she was declared dead on arrival.

While no suicide note was found after Chavan’s death, a case of accidental death (AD) was lodged at the Wanavdi police station. Meanwhile, Pooja’s purported photographs with Rathod and about 12 audio clips have surfaced, following which there has been a demand to probe the minister’s link with her death.

Earlier this week, Rathod had spoken about the case for the first time, and claimed that the allegations were a result of “sordid politics”. “This is an attempt to destroy 30 years of political, personal and social life. I can tell you with guarantee that whatever is being shown in news media as well as social media has no iota of truth,” he had said.

Speaking to mediapersons on Thursday, Wagh alleged that the state government and Pune City Police are trying to protect Rathod.

“Police say there are no complaints by Pooja’s parents. But several photographs and 12 audio clips in this case, which were shown on TV channels and went viral on social media, point to Rathod’s link in this case. Police cannot leave the case just because parents have not filed any complaint. There is tremendous pressure on Pooja’s parents. So police should take suo motu action and register an FIR in this case. But Inspector Lagad at Wanavdi police station told me they don’t have orders to do so….What orders are the police waiting for,” said Wagh.

The National Commission for Women (NCW) had earlier sought a report from the police about the case. “Police say they have submitted the report… how can this report be complete without investigating the role of Rathod,” asked Wagh.

Meanwhile, Swarada Bapat, daughter-in-law of Pune’s BJP MP Girish Bapat, filed a complaint application at the Wanavdi police station, seeking an FIR against Rathod in the case on charges of abetment of suicide.

David Fincher to adapt The Killer, Michael Fassbender in talks to play the lead role