On March 8, Pune’s Aditya Tiwari to be among those honoured as ‘world’s best mommy’

Tiwari adopted 22-month-old child with special needs in 2016; now on a mission to guide and motivate parents like him. 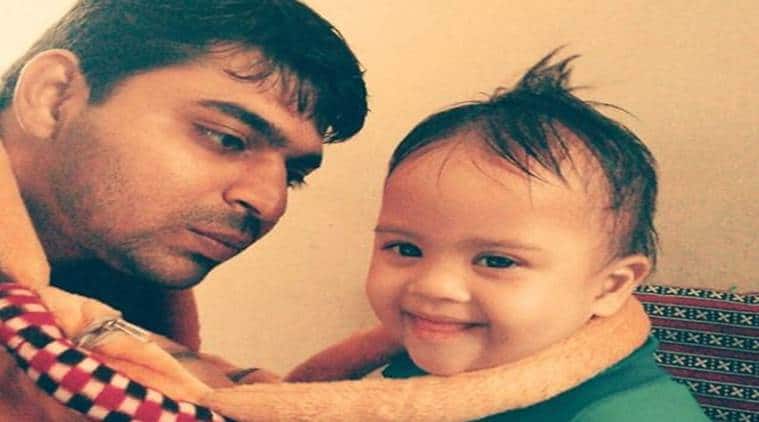 The proud father-son duo is getting ready for another counselling session for parents with special needs children. (File)

Aditya Tiwari, a resident of Pune who adopted a child with Down Syndrome in 2016, will be felicitated as the ‘World’s Best Mommy’, along with women from across the country, at Wempower, an event in Bengaluru to mark International Women’s Day on March 8. He will also take part in a panel discussion at the event.

“I am delighted to be honoured as one of ‘world’s best mommies’ and I am looking forward to sharing my experience of bringing up a child with special needs…,” Tiwari, who adopted his son as a single parent, told The Indian Express.

On January 1, 2016, Tiwari adopted Avnish, who was then 22 months old. Once Avnish was in his life, Tiwari’s life took a completely new turn. He quit his job as a software engineer and started counselling, guiding and motivating parents with special children across the country.

He doesn’t do this alone. His now six-year-old son accompanies him wherever he goes. “Avnish is right at the front, motivating parents who have children with special needs. He may not speak but his presence plays a major motivating factor for parents,” said Tiwari.

The father-son duo has toured 22 states and have held meetings, workshops, conferences and talks at nearly 400 locations. “We are connected to 10,000 parents around the world. We were also invited by the United Nations to participate in a conference and throw light on ways to bring up children with intellectual disabilities,” said Tiwari, adding that he was also invited for a session by the World Economic Forum at Geneva.

Tiwari said Avnish’s presence in his life helped him realise there was neither a separate category for intellectually disabled children in India, nor did the government give disability certificates for them. “We took up the issue with the Centre and sent an online petition. As a result, the government was forced to create a separate category for such children. And now they get disability certificates as well,” he said.

The family lives in Wakad and Avnish goes to a school in Balewadi. The boy loves dance, music, photography and playing instruments. “No junk food, no milk for him….he has a proper diet,” said Tiwari.

Avnish was earlier diagnosed to have two holes in his heart. “But without any medical intervention, the holes have disappeared,” said Tiwari. The child, however, is facing some medical issues and has to undergo two surgeries. “Both surgeries are important for his life… he will soon have to be operated upon,” said his father.

But currently, the proud father-son duo is getting ready for another counselling session for parents with special needs children.

Besides Tiwari, other “dynamic mothers” who will be felictated at the event include Jeeja Ghosh Nag, Supriya Jain and Dr Aloma Lobo. Outstanding women from different fields will also participate in three different panel discussions.

There will be a twenty-minute stand-up comedy act by Pune-based writer and disability rights activist Sweta Mantrii, who took to stand-up to have a conversation about her disability and the issues that come with it. Born with spinal bifida, Mantrii now finds people calling her “inspirational”.

The event will be held at Orion Mall at Brigade Gateway, Malleswaram.

Wempower organisers said, “We will focus on inspiring lives of dynamic mothers who defied gender norms and stereotypes associated with motherhood.”

Explained: What the Super Tuesday results mean for Joe Biden