In Pimpri-Chinchwad, youngsters in 22 to 39 age group most affected by Covid-19 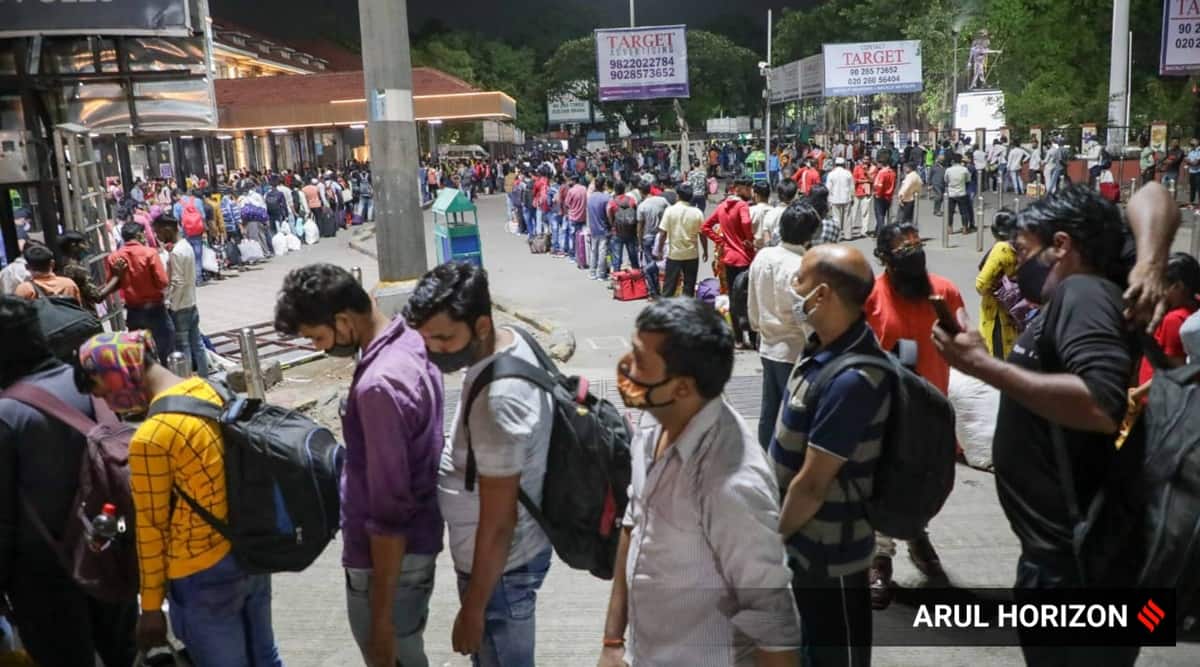 It has emerged that, so far, youngsters aged between 22 and 39 have been the most affected by Covid-19 in Pimpri-Chinchwad. In the young age category, 41.86 per cent tested positive for the novel coronavirus in the last one year. The surge continues in the industrial city with 2,613 positive cases recorded on Tuesday.

According to PCMC health and medical chief Dr Anil Roy, as on Tuesday, Pimpri-Chinchwad has reported 1,86,025 cases.

“The first case was detected on March 10, 2020. But it was after lockdown was lifted in the third week of May 2020 that cases started spiralling. They reached a peak in August and September, and from October and November, a decline was noted. It was only from the third week of February 2021, cases started rising again and registered the highest figure of over 34,000 in March,” he said.

Dr Roy said out of 1,86,025 reported cases in Pimpri-Chinchwad so far, 41.86 per cent or 77,865 were in the age group of 22 to 39 years. “This is because many are youngsters who keep moving from one place to another, attending parties and gatherings. They socialise a lot. Then there are those working in offices and industrial units. They regularly move out of their homes and have to interact with each other,” he said.

The third most affected group falls in the category of 60 to 69 years. In this age group, 8.59 per cent people or 15,961 were affected and only 5.70 per cent or 10,595 cases were of those aged above 70. “In these age groups, people do not travel or move outside their homes. They contract the disease only if someone in their home is affected… These people also suffer from co-morbidities and get easily affected by the virus,” a senior medical officer said.

In the youngest age group of 13 to 21, 8.41 per cent were affected. “The young mingle freely. Though they get affected by Covid-19, symptoms are not as severe in this age group,” Dr Roy said.

Health department officials said out of total cases, 60 per cent were men and 40 women. “Obviously, more men move out of their homes than women,” a senior official said.

Also Read |Covishield to be priced at Rs 400/dose for states; Rs 600/dose for private hospitals

Vulnerable groups were those aged above 60 and those with co-morbidities, Dr Roy said. “People should continue to take more care of such family members. If they are not tested and treated quickly, things take a turn for the worse in no time. Therefore, they need treatment without a day’s delay,” he said.

Dr Rajendra Wable, dean of YCMH, said, “In cases of senior citizens and co-morbid patients, deaths are high because of delayed treatment. Many patients from vulnerable groups have been brought to YCMH with dangerously low oxygen saturation levels. Families continue to delay treatment for seniors and co-morbid patients. If they undergo treatment quickly, there is no reason why they cannot be saved. If people find it difficult to afford private hospital treatment, they should go to civic hospitals. At least get the patient examined and tested first,” he said.

By Tuesday, Pimpri-Chinchwad reported over 23,000 active cases. Out of these, 15,000 are in home isolation. Maval MP Shrirang Barne, in a letter to civic and Maval taluka officials, said, “The number of those in home isolation in civic limits as well as in Maval taluka are increasing. Civic and district officials should strictly monitor patients. They should ensure that these patients do not roam outside. At the same time, their health should be monitored closely. If they need hospitalisation, officials should ensure the same without wasting time.”