The Kerala model will have to be adapted for Maharashtra where rocks and soil are different. 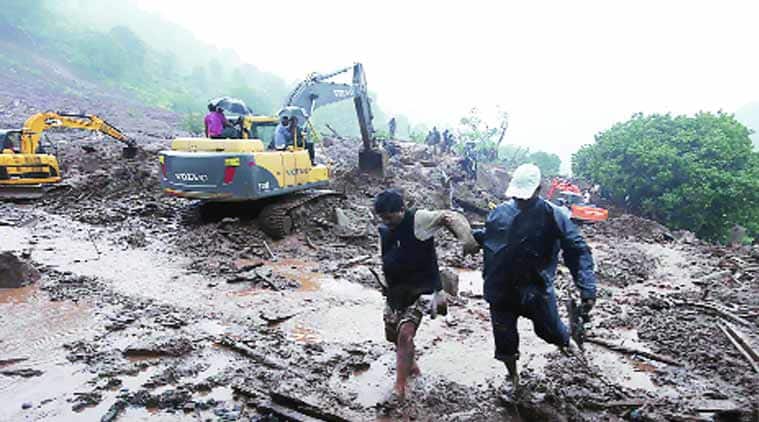 Apart from landslides, the system can also have broad applications in monitoring floods, avalanches, forest fires, water contamination and others.

A year after the July 30 Malin landslide that left 151 people dead, the Maharashtra government is set to test an early warning system in the state that has nearly 111 sites prone to landslides, 14 of them in Pune alone.

The system, which is actually a wireless sensor network for landslide detection, has already been tested in Kerala under the national landslide mitigation programme supported by the Centre.

“The state will look at the model being tested in Kerala where geological sensors interconnected with multiple wireless communication links help give advanced warnings on landslides so that people can be evacuated in time to prevent loss of lives. We are thinking of trying out the same in Khandala or Malshej ghats, which are the most vulnerable,” said Suhas Diwase, director of state disaster management cell who is currently in Pune for a landslide workshop.

The Kerala model will have to be adapted for Maharashtra where rocks and soil are different.

The model, prepared by Amrita University, consists of a complex network of 50 geological sensors, interconnected by multiple wireless communication links, including WiFi and VSAT. Last July, this system successfully issued a warning of a possible landslide during the torrential rains that lashed the state and has since proved to be a lifeline for Munnar region.

For Pune, the Geological Survey of India has identified 13-14 landslide-prone spots. The disaster management office has directed authorities to talk to the villagers in these areas ahead of heavy rains, especially in the Malin area. “There are houses in the wadis in the Malin village. There is a risk and we have told them to be careful and shift to the nearest school in case of heavy rains,” district officials said.

District collectors have been asked to conduct a detailed survey to identify areas prone to landslides or mudslides in their jurisdictions and categorise them as highly risky or vulnerable. State’s Revenue Minister Eknath Khadse has issued directions to alert the villagers in advance.

Diwase said select sites would be taken up for a detailed project report where the Kerala model can be tested.

Apart from landslides, the system can also have broad applications in monitoring floods, avalanches, forest fires, water contamination and others.