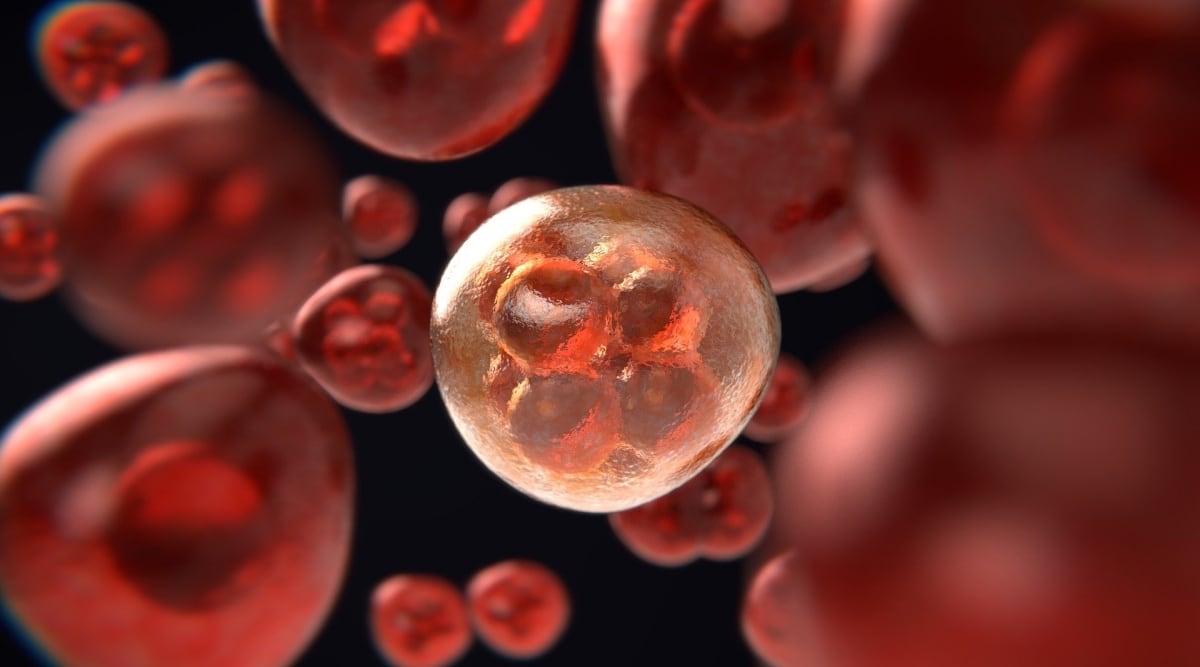 The findings were published recently in the peer-reviewed journal Communications Chemistry under the title ‘Water-Powered Self-Propelled Magnetic Nanobot for Rapid and Highly Efficient Capture of Circulating Tumor Cells’. (Representational image)

Maharashtra Institute of Medical Education and Research (MIMER), Pune has developed a nano robot that is programmed to capture and isolate circulating tumor cells. The tool is expected to lead to a new rapid and accurate diagnostic method for cancer, said Dr Shashwat Banerjee, Scientist at MIMER Medical College at Talegaon Dabhade in Pune.

The findings were published recently in the peer-reviewed journal Communications Chemistry under the title ‘Water-Powered Self-Propelled Magnetic Nanobot for Rapid and Highly Efficient Capture of Circulating Tumor Cells’.

Subscriber Only Stories
View All
Most IIT-Bombay graduates opting for jobs not linked to their field: Study
Delhi Confidential: Rajeev Chandrasekhar’s connect with Nagaland
On Adani affair, heat in the House
February 9, 1983, Forty Years Ago: 8 killed in police firing, 3 in bomb b...
Buy 2-year plan with SD20 code for special price

According to a recently released report by the Indian Council of Medical Research (ICMR) and the National Centre for Disease Informatics and Research (NCDIR), the number of cancer cases in the country will rise to 15.6 lakh by 2025. This will be an increase of 12 per cent from the current estimated cases. With this rising global burden, prevention and cure of cancer is one of the most important public health challenges of the 21st century.

For carrying out this advanced research, the Department of Science & Technology and the Department of Biotechnology under the government of India has provided a fund of nearly Rs 1 crore to the Central Research Laboratory of MIMER.

With its exit, Didi sends a signal: China no longer needs Wall Street