Of the 414 heat-related illnesses reported in the state in last two months, 183 were from Akola followed by 143 in Nagpur. 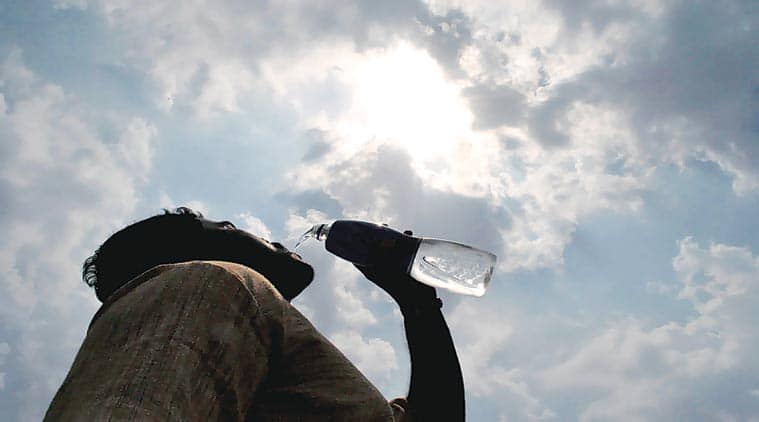 Usually the elderly and people who work outside suffer the most from heat-related illness, Awate said.

In the last two months, Maharashtra has recorded 414 cases of heat-related illnesses with Akola topping the list. Seven people have died from heat stroke between March 15 and May 17 this year, state health officials said.

With the city recording maximum temperatures of 40 degrees Celsius and the India Meteorological Department (IMD) issuing a heatwave warning for Pune and central Maharashtra for a few days, officials said that measures were in place and heat-related illnesses were being treated immediately.

While one death each was registered from Parbhani, Beed and Dhule, two deaths each were reported from Aurangabad and Hingoli. In 2018, there were 538 cases of heat-related illnesses and two deaths from Amravati recorded in Maharashtra. Then, too, the maximum number of cases was recorded from Nagpur, Akola, Latur and Nashik.

Awate said that heat stroke is a form of hyperthermia or heat-related illness with an abnormally elevated temperature accompanied with physical symptoms including changes in the nervous system function. Unlike heat cramps and heat exhaustion, heat stroke is a medical emergency that is often fatal if not properly and promptly treated. In 2016, there were 19 deaths and a total of 686 hospitalised cases of heat-related illness.

According to officials at the Maharashtra Emergency Medical Services (MEMS)- a state health initiative that is operated by BVG India Limited and provides 108 toll free emergency medical services – ambulances were sent to assist as many as 51 patients affected by heat strokes across the state.

Till May 17, according to MEMS officials, as eight cases of patients with symptoms like vomiting, dizziness and fainting due to the heat were recorded from Nanded, five each from Amravati and Chandrapur, four from Osmanabad, three each from Akola, Ahmednagar and Jalgaon and the rest from other districts in the state.

Usually the elderly and people who work outside suffer the most from heat-related illness, Awate said. Dr Ramchandra Hankare, PMC health chief, said a list of do’s and don’ts were issued to private hospitals.