The expert committee's decision of minimal change in flood situation due to the Metro project led the petitioners to challenge it before the Supreme Court stating that the decision was based on wrong data about the river. 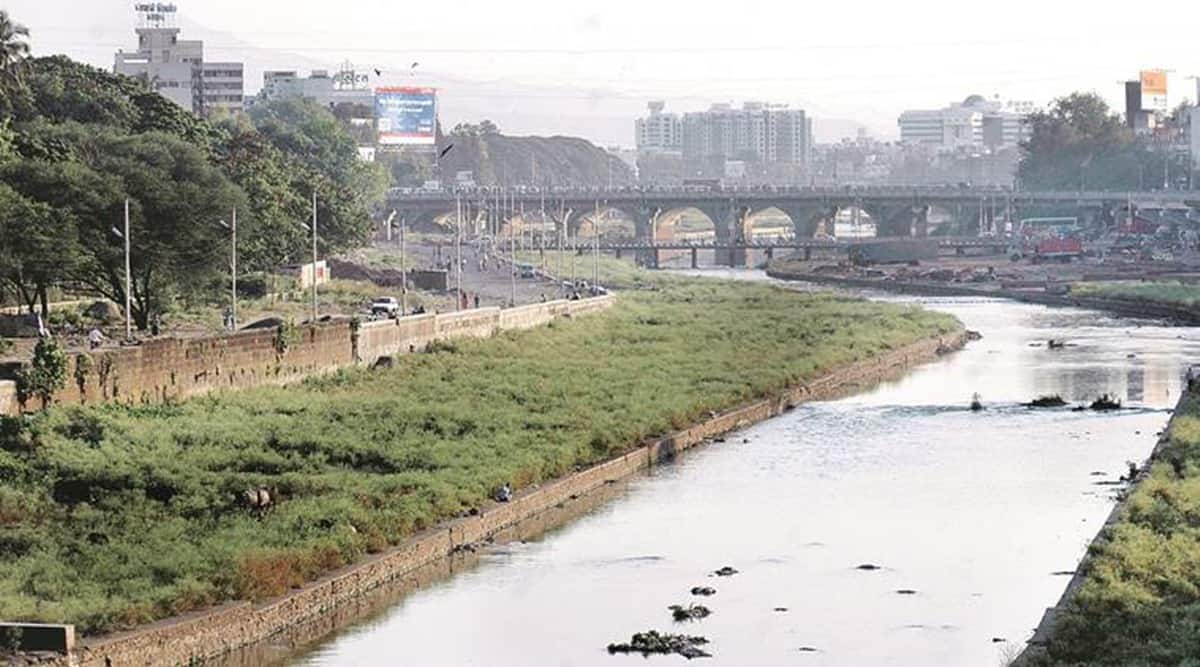 CITING THE latest study by Central Water Power Research Station (CWPRS) on the impact of the Pune Metro on Mutha river, environmental activists have accused Maharashtra Metro Rail Corporation Ltd (MMRCL), which is executing the project in the city, of misleading National Green Tribunal (NGT) on the data of the river in order to get clearance for an elevated route of 1.45 km in the project.

Activist Sarang Yadwadkar, Rajya Sabha MP Anu Aga, Arti Kirloskar and late journalist Dilip Padgaonkar had filed a petition before the NGT against the proposed elevated route on the Mutha riverbed. They had expressed concerns over the obstruction of the natural flow of the river that could lead to a rise in floods. The NGT, however, appointed an expert committee to study the issue and recommend steps to avoid flooding.

The expert committee’s decision of minimal change in flood situation due to the Metro project led the petitioners to challenge it before the Supreme Court stating that the decision was based on wrong data about the river, and thus, the committee advised that a separate study be conducted by CWPRS.

“The findings of the study conducted by CWPRS and submitted to MMRCL are extremely shocking as well as serious. It indicates that lives are at stake due to a massive rise in flood levels of the river alongside the Metro rail route,” Yadwadkar said. 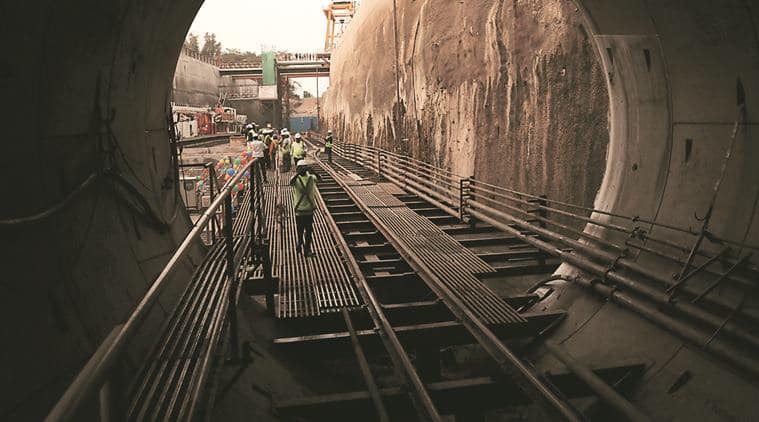 At an under-construction tunnel of Pune Metro. Express

He was accompanied by Rajya Sabha MP Vandana Chavan, civic activists Vivek Velankar and Vijay Kumbhar. He said the CWPRS has submitted its report titled ‘Technical note on numerical model studies for River Mutha for MMRCL’ on January 11.

“The CWPRS report states that computed water surface elevation due to Metro rail infrastructure is about two-and-a-half feet above the red line at Balgandharva Bridge for 60,000 cusecs discharge water in river from Khadakwasla Dam. The elevation is five feet above the blue line at the same location for discharge of 1,00,000 cusecs water in the river,” Yadwadkar said.

Yadwadkar also said the irrigation department put the actual width of the river to be 185 metres at the bridge, while the water spread will be 140.4 metres more than the actual width putting life and property at risk on the entire stretch of the route.

Chavan said MMRCL should declare as to who would be responsible for those living alongside the river and close to the Metro route. “It is the responsibility of MMRCL to provide scientific and acceptable solution to bring down flood levels to original position by making necessary modifications in Metro construction. The MMRCL should bear the entire cost of modification. No construction should be permitted inside blue floodline under any pretext in future,” she said.

Velankar alleged that MMRCL misguided the expert committee with incorrect data, which in turn was misguiding NGT. “The MMRCL has to submit the CWPRS report to NGT. We expect NGT to take note of it and make an appropriate decision,” he said.

“MahaMetro has received the CWPRS report. We are analysing and discussing some provisions with CWPRS authorities. The data made available by irrigation department was shared by MahaMetro to NGT. MahaMetro has shared the CWPRS data with the empowered committee, which will make an appropriate decision. MahaMetro is committed to the environmental cause and will always take measures to protect the environment,” said Hemant Sonawane, public relations officer of MMRCL.