Defence lawyer pleads for leniency on the grounds that ‘He is educated, poor, a Dalit... is still studying and has no criminal record, key accused says someone else killed the girl. 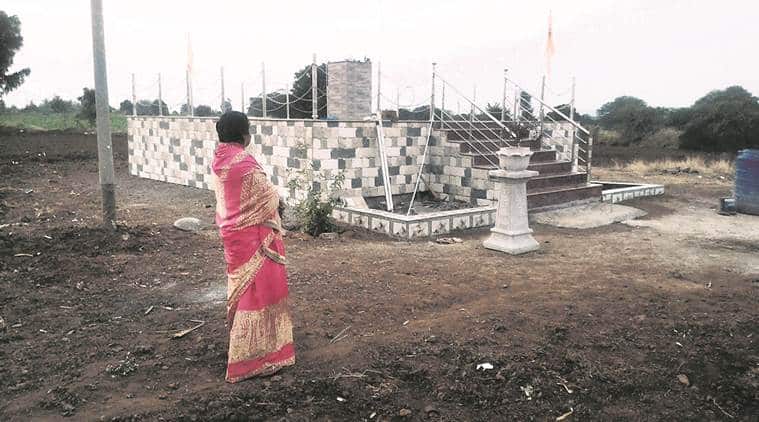 As the arguments began on Tuesday over the quantum of punishment for the three accused held guilty for the sensational rape and murder of 14-year-old girl from Kopardi village in Karjat taluka of Ahmednagar district, defence lawyer of accused Nitin Gopinath Bhailume (28) pleaded for leniency on the grounds that he is a student, a poor and a Dalit, having no previous criminal record. Bhailume, along with prime accused Jitendra Babubal Shinde alias Pappu (21) and co-accused Santosh Gorakh Bhaval (29), was produced before the Ahmednagar district and sessions court around 11.15 am on Tuesday amid huge police bandobast.

On November 18, judge Suvarna Kevale had held Shinde guilty on charges of rape and murder of the victim from Kopardi. Bhailume and Bhaval were convicted under sections 120 (b) (criminal conspiracy) and 109 (abetment) of the Indian Penal Code (IPC).

Bhailume’s lawyer Prakash Aher claimed there was no direct evidence against him and there was no eye-witness who has seen him at the crime scene. Aher told the court that Bhailume is a student of final year B.Sc. “He is educated and is still studying. As per the court orders, he has got the books for studying in jail. He belongs to a poor family and is a major support to his parents. His father is a labourer and mother is not well. He is a Dalit. He is not a hardened criminal. No criminal case, not even a non-cognizable (NC) offence, was registered against him in the past. His future should not be spoiled. So, the court should show leniency towards him,” said advocate Aher.

Meanwhile, when the judge asked Bhailume if he has to say anything, he replied. “I am innocent.” Then, advocate Yohan Makasare, who represented key accused Shinde, argued that he should not get death penalty and instead be awarded life imprisonment because this is not a “rarest of the rare” case. Makasare told the court that Shinde was not a notorious criminal. “He has no past criminal record. Also, his parents and wife are dependent on him,” the lawyer said.

When the court asked Shinde, he replied, “Someone else has killed her.. Not me.” Court then asked him if he had to say anything about the quantum of punishment. Shinde replied, “..Whether for a day or for thousand days, punishment is punishment.”

The court will now hear arguments over the quantum of punishment for accused Santosh Gorakh Bhaval (29) on Wednesday, after which special public prosecutor Ujjwal Nikam is expected to argue for maximum punishment for the three accused.

According to the police, around 6.45 pm on July 13, 2016, when the victim was returning home on a bicycle from her grandfather’s house, the trio allegedly stopped her, sexually assaulted her and then murdered her. The post-mortem report had said fractured bones and internal injuries led to her death. A case was lodged at the Karjat police station, following a complaint filed by the girl’s cousin.

The police had first arrested Shinde alias Pappu from Shrigonda town in Ahmednagar on July 14. Bhaval was arrested from Karjat and Bhailume from Pune on July 16. The trio were booked under 302, 376-2b, 354, 120 b, 109, of the IPC and sections 6,8,16 of the Prevention of Children from Sexual Offences (POCSO) Act.

According to the police, Shinde, who worked at a brick kiln, had got married five years ago but then the couple had separated. He married another woman two years ago. According to locals, he was an alcoholic. Bhailume, Shinde’s cousin, had shifted to Kopardi village from Karjat town three years ago and stayed with his parents. Bhaval, the oldest of the three, lived in the village with his family and worked as a farm hand. The victim was a kabaddi player and had represented the school at the district level, said the police.

The investigation team, led by inspector Shashiraj Patole, had filed a 320-page chargesheet against the three on October 7. Advocates Balasaheb Khopde, Vijayalakshmi Khopde, Prakash Aher and Yohan Makasare represented the accused. During the trial, the prosecution examined 31 witnesses. Final arguments concluded on November 8.

Half of Germans want new elections after coalition talks fail