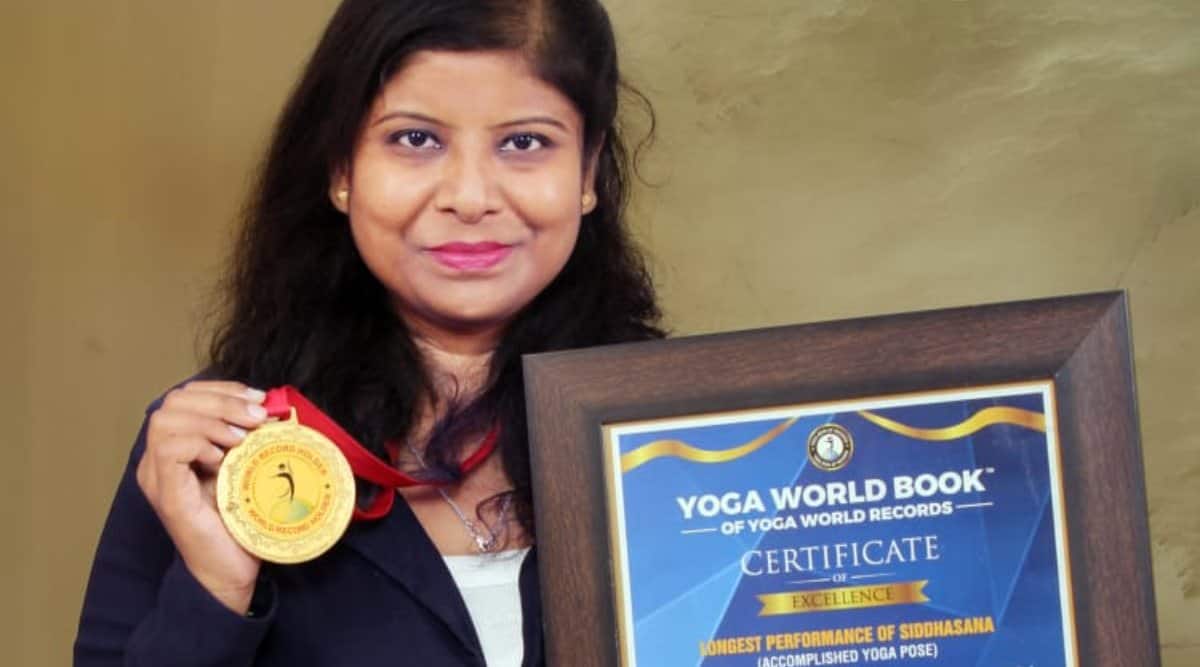 Janahvi has received a gold medal and certificate through a courier.

A woman from Satara, Janahvi Jayprakash Ingale, has set a new record and secured a place in ABYM Yoga Book of World Records by staying in ‘Siddhasana’ for five hours. Satara MPs Udyanraje Bhosale and Srinivas Patil felicitated her for her achievement.

“I have also been awarded a Yoga Care Certificate by the Ministry of AYUSH for taking a free yoga class on International Yoga Day during the Covid-19 imposed lockdown period,” said Janahvi.

“After nationwide lockdown was imposed, I took a free yoga class, continuing my daily routine through yoga. I trained almost 350 college girls free-of-cost and took online yoga classes,” she said.

“The online record was set on September 13 when I was selected in the audition. It took them to two months to decide the winner after after watching the video. I have been told that no one has ever performed the asana for five hours. My record is for five hours, one minute and 17 seconds. The results were announced recently,” she added.

Janahvi has received a gold medal and certificate through a courier.