This is the first in the series of Austra Hind bilateral exercises and will comprise joint training operations in semi-desert terrain under the UN peace enforcement mandate. The exercise will conclude on Dec 11. 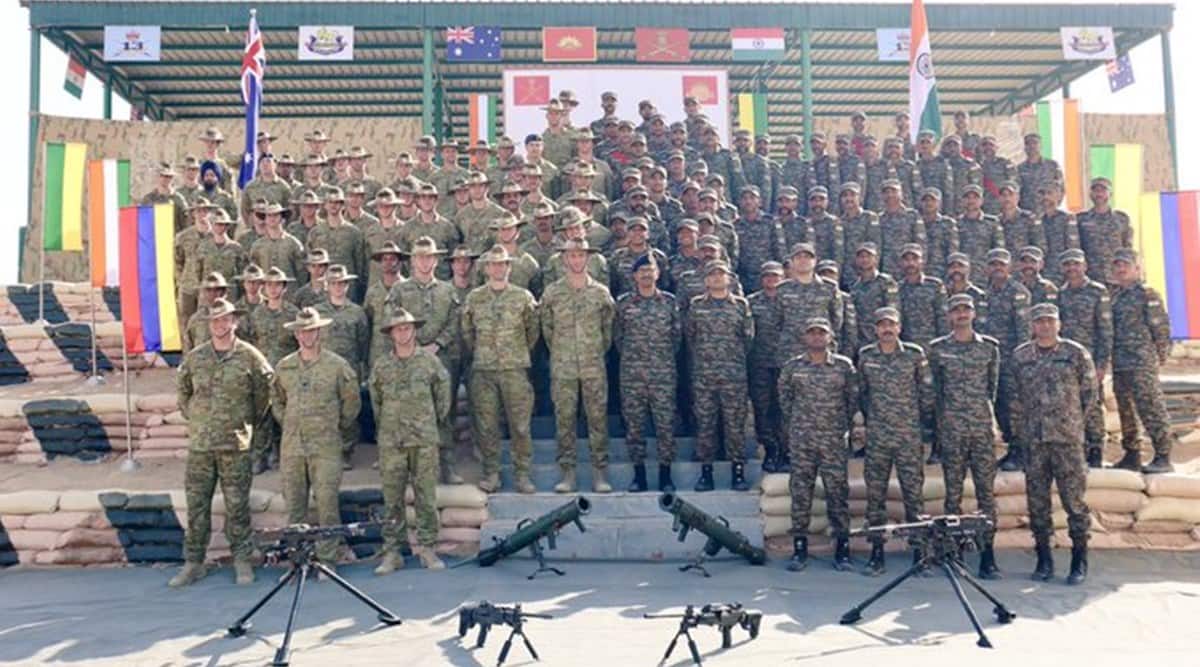 The inaugural edition of the bilateral military exercise Austra Hind 2022, between contingents of the Indian and the Australian armies, began at the Mahajan Field Firing Ranges in Rajasthan on Monday. The exercise, which will comprise joint training operations in semi-desert terrain under the United Nations (UN) peace enforcement mandate, will conclude on December 11.

“This is the first exercise in the series of Austra Hind with participation of all arms and services contingents from both armies. The Australian Army contingent, comprising soldiers from the 13th Brigade of the 2nd Division, has arrived at the exercise location. The Indian Army is represented by troops from the Dogra Regiment. Exercise Austra Hind will be a yearly event that will be conducted alternatively in India and Australia,” said a press statement from the Indian Army.

The inaugural Edition of Joint Military Exercise between #IndianArmy & #AustralianArmy ‘AUSTRAHIND-2022’ will be conducted at #Rajasthan from 27 Nov-11 Dec 2022 with focus on #PeaceKeeping Operations under the UN mandate.#IndiaAustraliaFriendship pic.twitter.com/ZfTNRvXTGG

Officials said that the aim of the exercise is to build positive military relations, imbibe each other’s best practices and promote the ability to operate together while undertaking multi-domain operations in semi-desert terrain. “This joint exercise will enable the two armies to share best practices in tactics, techniques and procedures for conducting tactical operations at company and platoon levels for neutralising hostile threats,” the release added.

The joint exercise includes use of new-generation equipment and specialised weapons, including snipers, and deployment of surveillance and communication equipment to achieve a high degree of situational awareness apart from casualty management, casualty evacuation and planning logistics at the battalion and company levels.

During the exercise, participating contingents will engage in a variety of tasks ranging from joint planning, joint tactical drills, sharing basics of special arms skills and raiding a hostile target. The joint exercise, besides promoting understanding and interoperability between the two armies, will further help in strengthening ties between India and Australia, the release said.

Austra Hind begins days after the 26th edition of the quadrilateral maritime drill Exercise Malabar between the navies of the Quad countries – India, United States, Japan and Australia – culminated off the coast of Japan earlier this month. The exercise was aimed at cooperation in the strategically significant Indo-Pacific region and was hosted by the Japan Maritime Self-Defence Force this time. Earlier in September, the Indian Air Force had deployed four Sukhoi-30 MKI fighters and two C-17 strategic transport aircraft for the large force deployment air warfare drill, Exercise Pitch Black, which was hosted by Australia.