IMD has around 200 observation centres across the country, of which 120 are used for long-term observations. 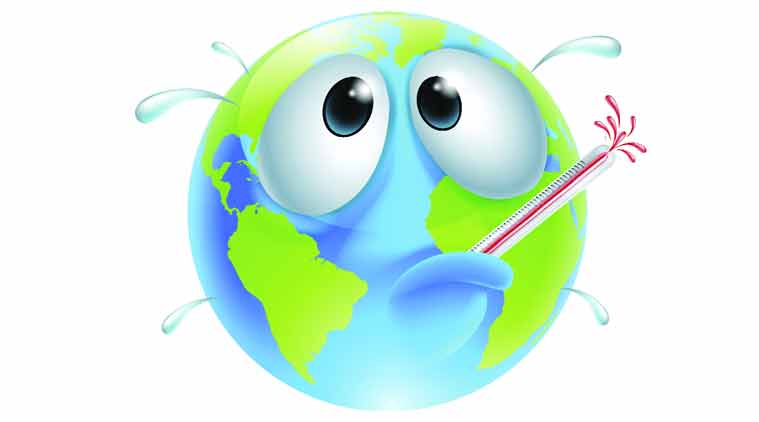 Another trend that caught the attention of the researchers was the gradual rise in minimum temperature over the country.

Researchers with the Indian Meteorological Department (IMD) now say the effect of global warming has become more pronounced in the country over the last 10 years. Besides an average rise of 0.4-0.5 degrees celsius in temperature, the country has seen a gradual rise in the minimum temperature and also a reversal of the cooling trends in the past decade.

B Mukhopadhyay ADGM (R), IMD, said that studies have revealed that effects of global warming have become more pronounced in the country.

“Research showed that in the last 30 years, there has been a reversal of cooling trends across the country,” he said. As the name suggests, the ‘cooling trend’ refers to the temperature going back to its normal mean over a given period of time. The trend is more pronounced in northwestern parts of the country in the states of Rajasthan, Punjab, and central areas like Madhya Pradesh.

Another trend that caught the attention of the researchers was the gradual rise in minimum temperature over the country. Mukhopadhyay said this trend, seen worldwide is supposed to be an indication of global warming.

“This rise in minimum temperature can be due to greenhouse gases or due to trapped heat. We have observed this trend across both urban and rural areas,” he said. A daytime rise in temperature is often compensated by heat being radiated out of the earth’s surface at night. However, as Mukhopadhyay pointed out, greenhouse gases prevent the rising of hot air which leads to a rise in minimum temperature. This phenomenon was observed in developed countries way back in the 1960-70s while in India, this has started becoming more and more prominent since the 1990s.

The last 10 years have seen a steady rise in mean minimum temperature, he said, and 2010 was the warmest year in the last 110 years.

While the mean temperature was 0.93 degrees higher than normal, the minimum temperature recorded an anomaly of 0.84. The annual climate survey of the IMD shows that eight of the 10 warmest years were witnessed in the timeframe of 2000-2010 making it the warmest decade on record.

The IMD has around 200 observation centres across the country, of which 120 are used for long-term observations.

After the monsoons, there used to be a dip in the temperature of the Arabian Sea, but over the last 10 years or so this has failed to happen. The Indian monsoon, which by far is the most important weather phenomenon for the country, has also not been spared from change.

“Rain events have gone down but there has been an increase of heavy rain events. The increase has been by 5-10 per cent,” he said. “Heavy rain” events refer to incidents of short spells of heavy rain. Such events lead to flood or landslides and weather researchers have pointed out detrimental effect of such events for the country’s agricultural cycle as well.

Mayweather vs Pacquiao: Not for the fairweather