Fire at SVS Aqua Technologies: Fact-finding team finds major loopholes in functioning of factory, says it was working without licence till 2020 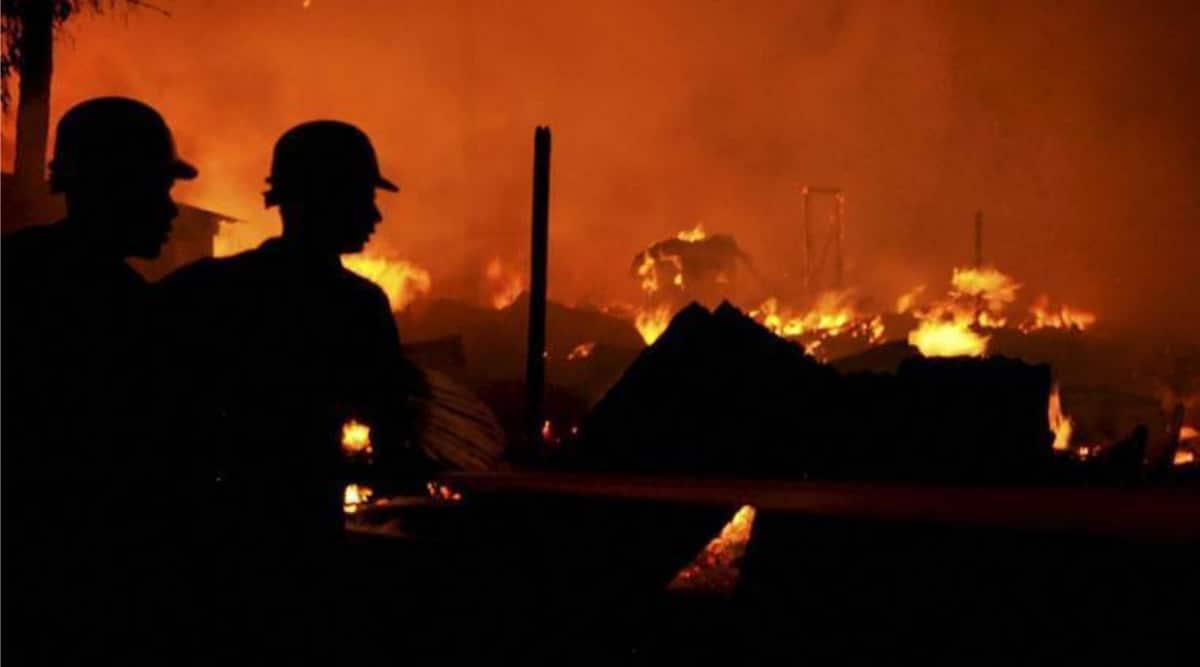 Five workers were injured in a fire that broke out in a sanitiser warehouse and then spread to a nearby chemical factory in South 24 Parganas district’s Maheshtala town on Tuesday morning.

A FACT-FINDING team formed by trade union action committee to look into the fire that killed 17 workers at SVS Aqua Technologies LLP in Pune has found several loopholes in the functioning of the factory, including that it was functioning without a licence till 2020.

The committee, which submitted its report to district collector Rajesh Patil, has asked for a complete overhaul in the process of inspections along with action against officers who ignored alleged loopholes that caused the fire. The team also asked for the need to fast-track trial so as to ensure that this case acts as a deterrent in future.

On June 7, a fire in the company premises killed 17 people, 15 of whom were women. The magnitude of the fire could be gauged from the fact that in some cases DNA tests had to be conducted to identify bodies. Pune Police had arrested company director Nikunj Shah, who is now in magistrate custody. The trade unions of Pune had formed a special fact-finding team to probe the fire and come up with solutions to prevent similar incidents in future. The team was tasked with finding the cause behind the fire and lapses in health and safety standards.

In its report, the team pointed out that the company had not obtained a licence under the Factories Act, 1948, till 2020 and, since its inception in 2012, no officer from the directorate of industrial safety health had visited the company. The report stated that it was only in December 2020 an officer from the department visit the factory and issued a show-cause notice to the company for running without a licence and other requisite formalities. The plan for the factory was subsequently passed in February 2021, the report added.

The report also stated that the officer-in-charge of passing plans did not visit the factory before doing so, and that there were similar lapses in how a fire no-objection certificate was obtained for the establishment.

The report further stated that officers of the additional labour commissioner of Pune had not visited the factory since its inception. In their report, the team said the officers of the additional labour commissioner’s office had said they had not done so in view of changed guidelines of inspections. The deputy commissioner of labour visited the site only after the fire incident and pulled up the company for lapses, including non-payment of minimum wages and other labour laws, the report added.

Similarly, most employees were not enrolled for social security schemes of the government, the report stated.