“In politics, a difference of opinion is common but to date, no one has used the word 'badla' (revenge) in Maharashtra politics. By resorting to such politics, Fadnavis has lowered his own stature which is unfortunate,” Sanjay Raut added. 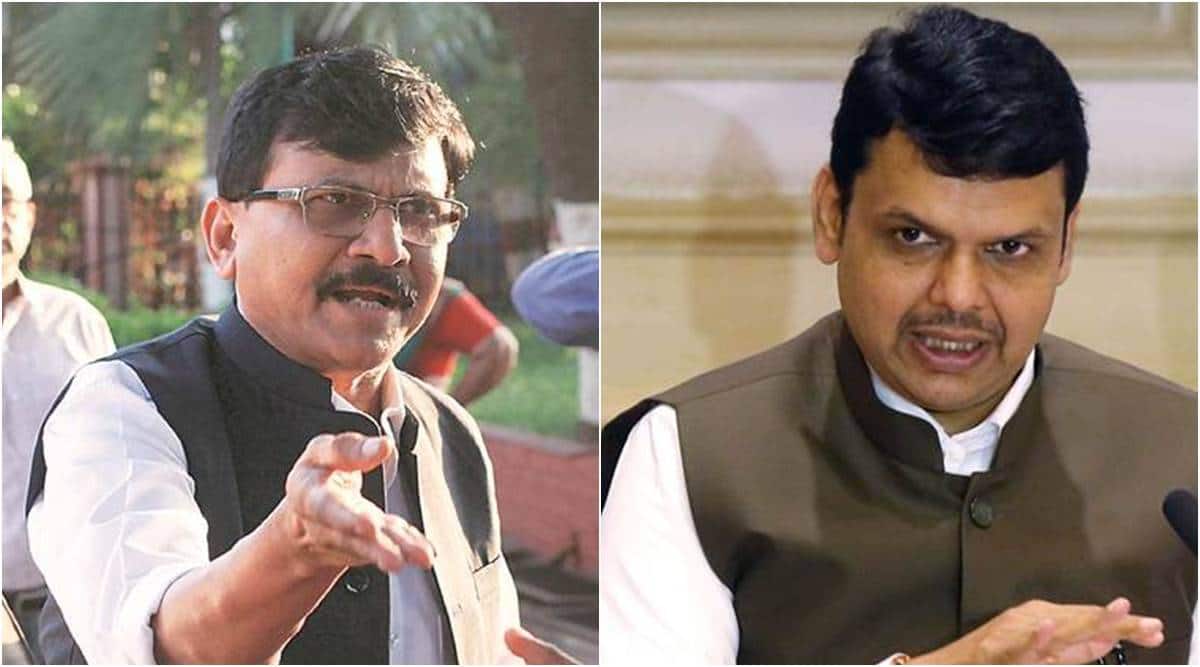 A day after Maharashtra Deputy Chief Minister Devendra Fadnavis said he had “taken revenge” against those who betrayed him, Shiv Sena (Uddhav Balasaheb Thackeray) chief spokesperson Sanjay Raut said Wednesday it was unfortunate that a leader of Fadnavis’ stature had lowered himself for the sake of power.

Reacting to Fadnavis’s comments during an interview with Marathi news channel SAAM TV, Raut said, “In Maharashtra, politics is not played on the sentiment of revenge. If new precedents and traditions are being set up, then this is against the culture of Maharashtra.”

“In politics, a difference of opinion is common but to date, no one has used the word ‘badla‘ (revenge) in Maharashtra politics. By resorting to such politics, Fadnavis has lowered his own stature which is unfortunate,” Raut added.

Also Read |The new-look, friendly Sanjay Raut, and how long will it last? Praise for Fadnavis sets Maharashtra abuzz

During the interview telecast on Tuesday, Fadnavis had minced no words in attacking Uddhav Thackeray for betraying him and which he said forced him to take revenge. “If anyone betrays me, I will take revenge. Yes, I have taken revenge..,” Fadnavis said.

The revenge that Fadnavis spoke about is seemingly related to causing a split in the Shiv Sena and installing rebel leader Eknath Shinde as the chief minister. Shinde, the once “trusted lieutenant” of Uddhav Thackeray, and 39 other Sena MLAs dumped the party and formed a separate group which is now known as the Balasahebanchi Shiv Sena.

Explaining his ‘philosophy of badla’, Fadnavis said, “If those who enjoyed power with you, those who were with you round the clock, and those who were elected along with you, directly stab you in back, then to stay alive in politics, you need to give it back to him. Otherwise, you cannot survive in politics. In politics, you should remain good. But if someone is taking advantage of you for being good to them and betraying you, then such people should be shown their place. I have shown him his place. And I am proud of myself. If you betray me, I will take revenge…”

To a question on what he felt about Uddhav Thackeray, Fadnavis said, “He (Uddhav) has shot himself in the foot. I have no clue under which mindset he joined hands with the Congress and NCP. I also don’t know why he was so smitten by the chief minister’s post. In politics, sometimes, depending on the situation you have to join hands with a different set of people. But when you join hands with a people of completely different ideology and then speak in their voice but forgetting your own ideology, then you cannot sustain yourself for long.”

The senior BJP leader also said he does not believe that the Uddhav Thackeray-led Shiv Sena will cease to exist. “One should never underestimate your opponent in politics. In the political field, there is no end to anyone and no one can finish off the other. Only people will bring an end to any group…,” he said.