A Bible and a book of hymns and prayers were found burnt in front of the statue of Mother Mary at St. Sebastian Nagar in Daund. 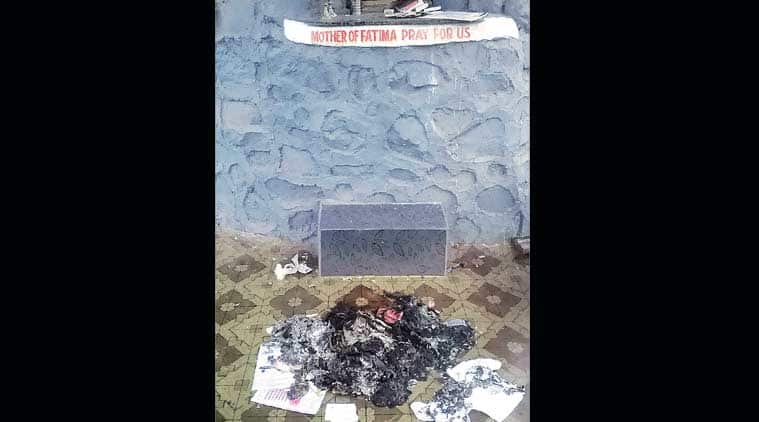 The remains of the two books

Also, an earthenware pot, which is normally carried during Hindu funeral rites, was left in front of the statue.

“This is desecration and an attack on the faith and religious sentiments of the Christian community. We have lodged a police complaint,” Father Malcolm said, demanding immediate inquiry and effective action in the incident. When contacted, officials from Daund police station said that an offence has been registered under section 295 (injuring or defiling place of worship with intent to insult the religion) of IPC in this regard.