Shah said that a lot more effort needs to be taken for better coordination between the NDRF and State Disaster Response Forces in individual states. 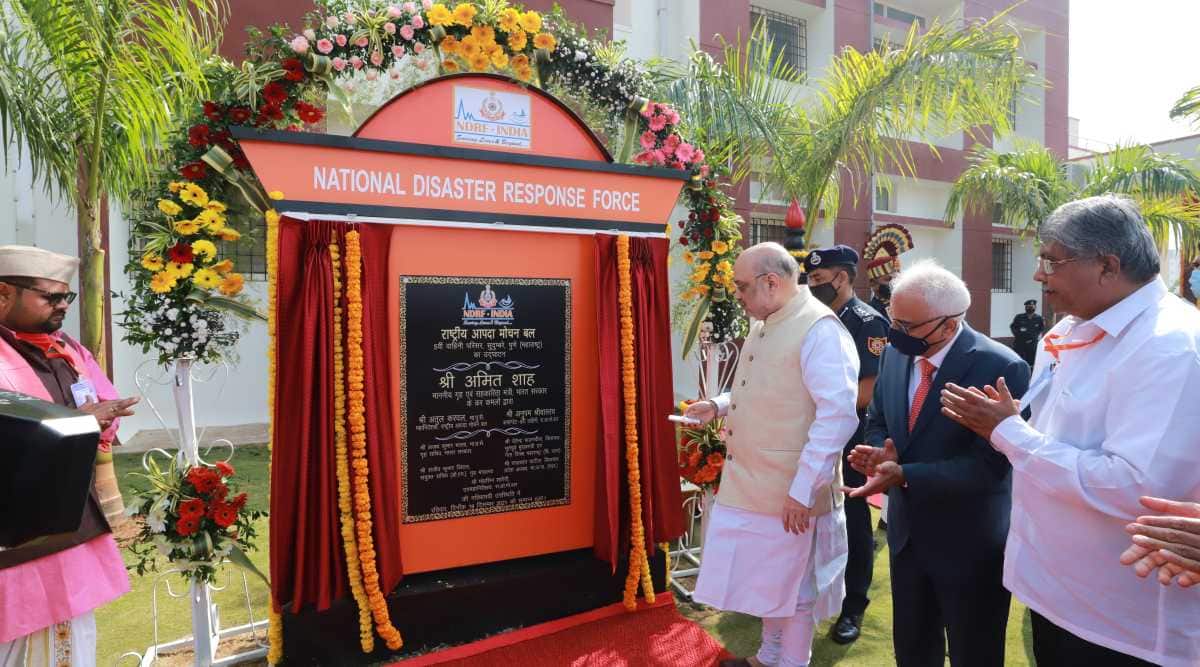 Amit Shah at the inauguration of camp of NDRF's 5th battalion.

Speaking about the NDRF on the occasion, Shah said, “It is important that NDRF battalions are strategically stationed at various places across the country for swift response to any disaster across the nation. It is commendable how in a very short time the NDRF has established 16 battalions across the country. In case of any kind of disaster in any part of the country, when people see NDRF personnel in their orange uniforms, they feel a sigh of relief. NDRF is taking best practices from across the world and adapting them for the Indian conditions. NDRF has also responded to disasters in neighbouring countries and has won praise. This shows the dedication of the NDRF towards humanity.”

Shah said that a lot more effort needs to be taken for better coordination between the NDRF and State Disaster Response Forces in individual states. The NDRF campus is located at Sudumbare near Talegaon in Pune.

Speaking about the CFSL facility in Pune, he said, “Till now have set seven CFSLs in the country and the one in Pune is the seventh. A lot more efforts are needed in this direction to make sure that we have a robust internal security environment.” He added, “The overall rate of conviction in the country is very low as compared to other countries in the world. Rate of conviction will only increase if there is stress on scientific evidence in investigation and prosecution of the case. A countrywide network forensic sciences laboratories will certainly ensure this.”

Shah also visited the famous Shrimant Dagdusheth Halwai Ganesh temple in Pune. During his tour to Pune, Shah is also slated to visit Vaikunth Mehta National Institute of Cooperative Management in his role as Union Minister for Cooperation, and also the Pune Municipal Corporation.