Do not lower guard even after taking both shots of Covid vaccine, Ajit Pawar warns 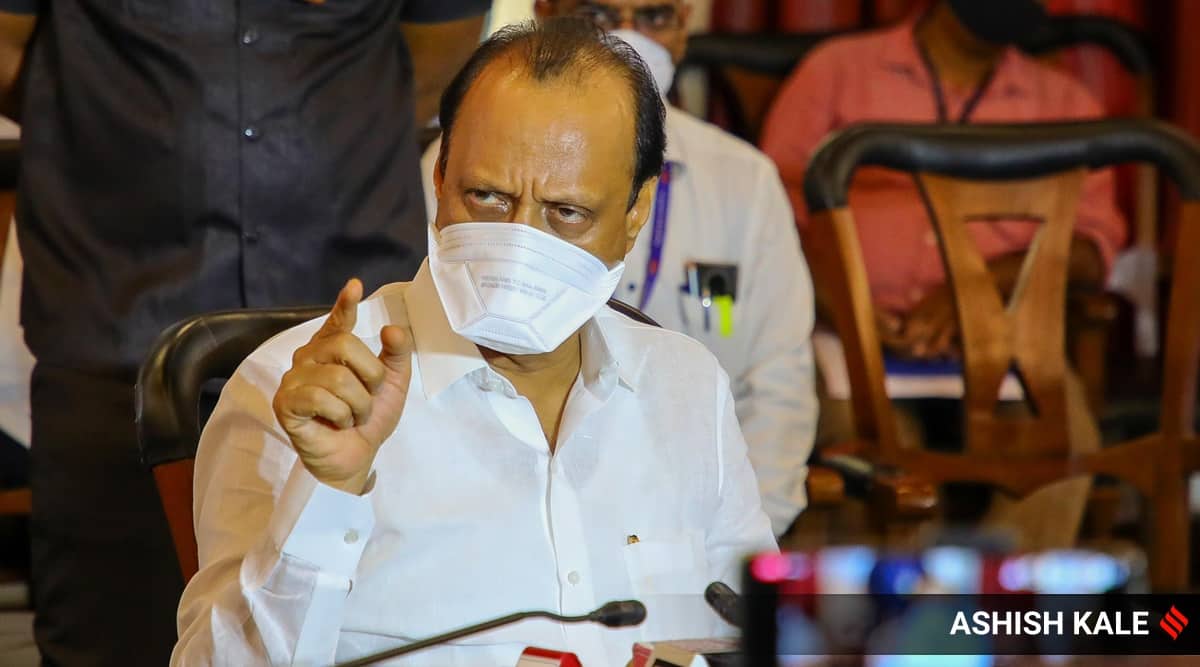 The deputy CM said the district administration and the state government are positive about granting further relaxations to business establishments and cultural activities but has adopted a staggered approach.(Express Photo by Ashish Kale)

Maharashtra Deputy Chief Minister Ajit Pawar appealed to fully vaccinated citizens to continue taking precautions and cited data from the Health Department which showed that the rate of breakthrough infections was higher among citizens who have received both jabs as compared to those vaccinated with a single dose.

Pawar consulted a health expert who explained this anomaly by stating that fully vaccinated citizens tend to get careless and stop following the precautions. “They don’t wear masks and, hence, seem to be more affected by breakthrough infections of Covid-19,” he said after heading a Covid review meeting in Pune Friday.

“We were puzzled by this and when we asked our experts we were told that this is because of the carefree attitude that people get into after getting fully jabbed. This is a cause of worry and it’s important that people continue to wear masks and take precautions even after receiving vaccines,” said Pawar.

Conceding that there was a shortage of syringes to administer vaccines in the district, Pawar clarified that the issue was for doses being donated by private firms under Corporate Social Responsibility (CSR) activities. He said about 5 lakh vaccines have been donated by various corporate firms in the district so far.

“When we get vaccines from the Union government, syringes are provided with them. However, vaccines donated by private companies are not accompanied by the syringes. They expect that the government will arrange it for them. Hence, PMC (Pune Municipal Corporation) has decided to order 1 lakh syringes and PCMC (Pimpri-Chinchwad Municipal Corporation) will do the same to administer vaccines received by them from private companies. I have also directed the Pune collector to make funds available to buy syringes for rural areas,” said Pawar.

The deputy CM said the district administration and the state government are positive about granting further relaxations to business establishments and cultural activities but has adopted a staggered approach.

“Considering this, the government is opening up schools, business establishments. We are also considering extending shop timings as well as allowing weekly markets and animal markets but have decided to adopt a staggered approach,” said Pawar.

Mumbai: Four habitual offenders who pretend to be deaf and rob victims of valuables arrested