A home is what we want, not sarees: A female sex worker

Laxminarayan, consultant of an NGO said they are reaching out to 2,000 women and admit several are demanding their own home. 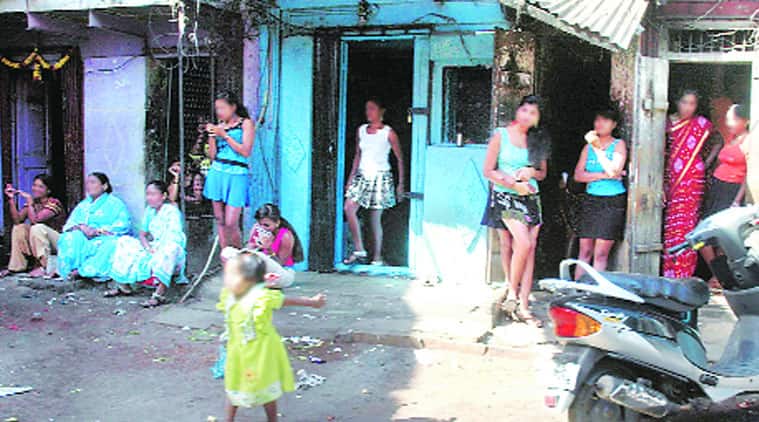 “Amhala saadi nako, ghar pahije (We do not want sarees, but a home)”. This is what a candidate for the elections seeking votes had to hear from Shanta Kamble, a female sex worker who travels from Yerawada to Budhwar Peth to lure customers.

Female sex workers are amused at promises from candidates across parties to improve their lives. They, however, want a house to call their own.

At Daane lane in Budhwar Peth, Reshma who has two children and now works as a peer educator for Kayakalp-an NGO funded by the Maharashtra State AIDS Control Society (MSACS) to reach out to female sex workers and other high-risk population in the area-bitterly complains about stagnant water collected in the basement of their building. “So many of our girls have been infected with dengue,” she said adding “Koi kuch nahi karta (Nobody does anything)”.

Mahadevi tai has been a resident of Budhwar Peth for the last 20 years and admits she does not have a voter identity card. “Prachar ke time pe hamari madad karenge bolte hain, lekin koi nahi aata,” she claims. Rani, who has a voter identity card says she likes the ‘clock’ symbol. “I got this card as proof of my identity. What does it matter who gets elected? Till date not many people have come to our aid,” she says.

Discontent persists in Budhwar Peth, where, according to MSACS, there are 4,250 FSWs. Tejaswi Sevekari, founder of Saheli, a sex worker’s collective that has at least 1,000 women as members, admit that several do not have voter identity cards. “But they don’t really care as there has been little change in their situation over the years,” she says.

In a bid to empower women and avail themselves of government schemes Swasti-an NGO funded by the Bill and Melinda Gates Foundation-has initiated intervention programmes for their social inclusion.

Laxminarayan, consultant of an NGO said they are reaching out to 2,000 women and admit several are demanding their own home.

Seema Waghmode, trustee of Kayakalp, one of the oldest NGOs entrusted by MSACS along with John Paul Slum Development Front to provide interventions for female sex workers said that at least 350 women were given voter identity cards this year. Lack of documentation is often a problem. However, we worked with the authorities and ensured these women get voter identity cards, Waghmode added.

According to Avsharan Kaur, Joint Director, Targeted Interventions, MSACS, there are at least 6,000 FSWs in Pune and 4,250 are from Budhwar Peth. Apart from providing condoms and conducting HIV awareness programmes, there are counsellors to try to understand their problems.