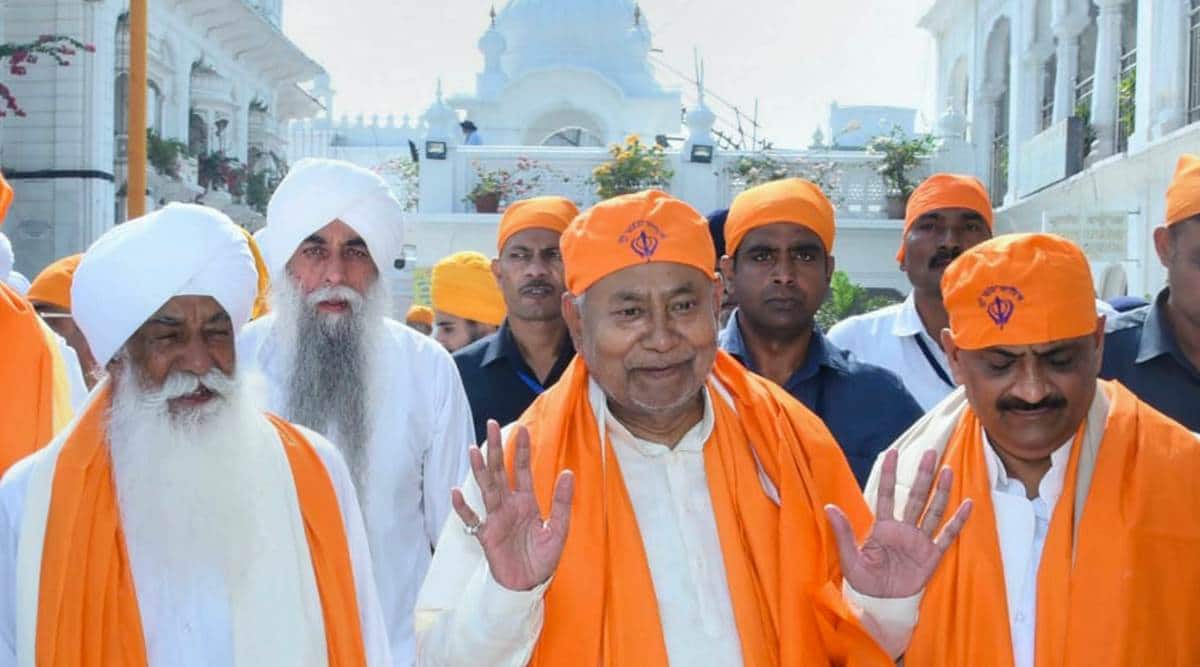 Bihar Chief Minister Nitish Kumar during his visit to offer prayers at the Takht Harmandir Sahib Gurudwara on the occasion of Guru Nanak Jayanti, in Patna, Tuesday, Nov. 8, 2022. (PTI Photo)

A day after the Supreme Court upheld the 10 per cent quota for Economically Backward Classes (EWS), Bihar Chief Minister Nitish Kumar on Tuesday demanded that the 50 per cent quota cap should be increased and reiterated his demand for a nationwide caste census.

Bihar has been conducting its own caste census based on the socio-economic criteria, though the state has not exceeded the 50 per cent quota cap.

Talking to reporters here on Tuesday, Kumar said: “We have been saying all along what the Supreme Court said by upholding the EWS quota. We are doing a caste census taking into account the economic status of a family, besides other considerations. That is why we have been asking for a nationwide caste census.”

JD(U) national spokesperson KC Tyagi told The Indian Express: “We have always been a supporter of economic criteria-based reservation, besides one’s social status. CM Karpoori Thakur had given three per cent reservation to the poor among the Upper Castes and a three per cent quota to women. In a sense, we are pioneers. Nitish Kumar had set up an Upper Caste commission and the government followed its recommendations by giving benefits of scholarship and other schemes to the poor students from among the general category.”

The SC judgment came as a shot in the arm to socialist parties like JD (U) and RJD to further press their demand for a nationwide caste census, which the Centre turned down last year.