Dashrath Patil, the president of the Navi Mumbai Airport All Party Action Committee, said Tuesday's meeting was being held as the state government as well as the Centre had failed to take any decision on naming the airport. 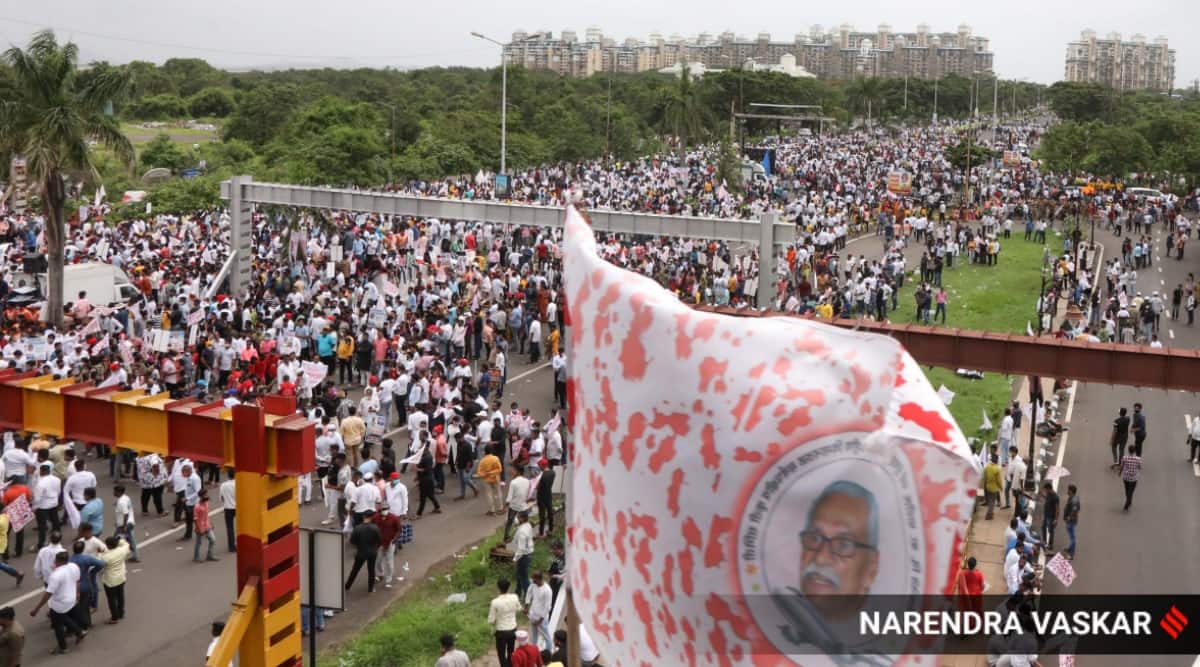 A demonstation over the naming of Navi Mumbai International Airport in July. (Express Photo: Narendra Vaskar)

The committee had earlier decided to withdraw its planned protest at the Navi Mumbai airport site, where it had threatened to stop work on the project starting August 16. The decision was taken after the committee members met Jyotiraditya Scindia, Union Minister of Civil Aviation in Delhi.

Since May, several protests have been staged by thousands of villagers from Thane, Palghar and Raigad, demanding the under-construction airport be named after Patil and not the late Shiv Sena supremo Balasaheb Thackeray, which was sanctioned earlier at a board meeting of the City and Industrial Development Corporation (CIDCO).

Earlier, on June 24, after staging a huge rally against CIDCO in Navi Mumbai, protestors said that if the state does not make a decision by August 15, they would stop the construction of the airport from August 16.

Dashrath Patil, the president of the Navi Mumbai Airport All Party Action Committee, said Tuesday’s meeting was being held as the state government as well as the Centre had failed to take any decision on naming the airport.

In December last year, state Urban Development Minister Eknath Shinde had written to CIDCO asking it to send a proposal to name the airport after Thackeray. CIDCO had followed the instruction without consulting the locals or considering their demands. This move had outraged the people in Raigad and Thane.

On June 10, the state government announced that the airport would be named after Thackeray, which had led to an intensified protest on June 24. However, the proposal has not reached the cabinet yet.