The octogenarian was granted medical bail for six months on February 22, last year, and was later allowed to extend it till February 28, 2022. 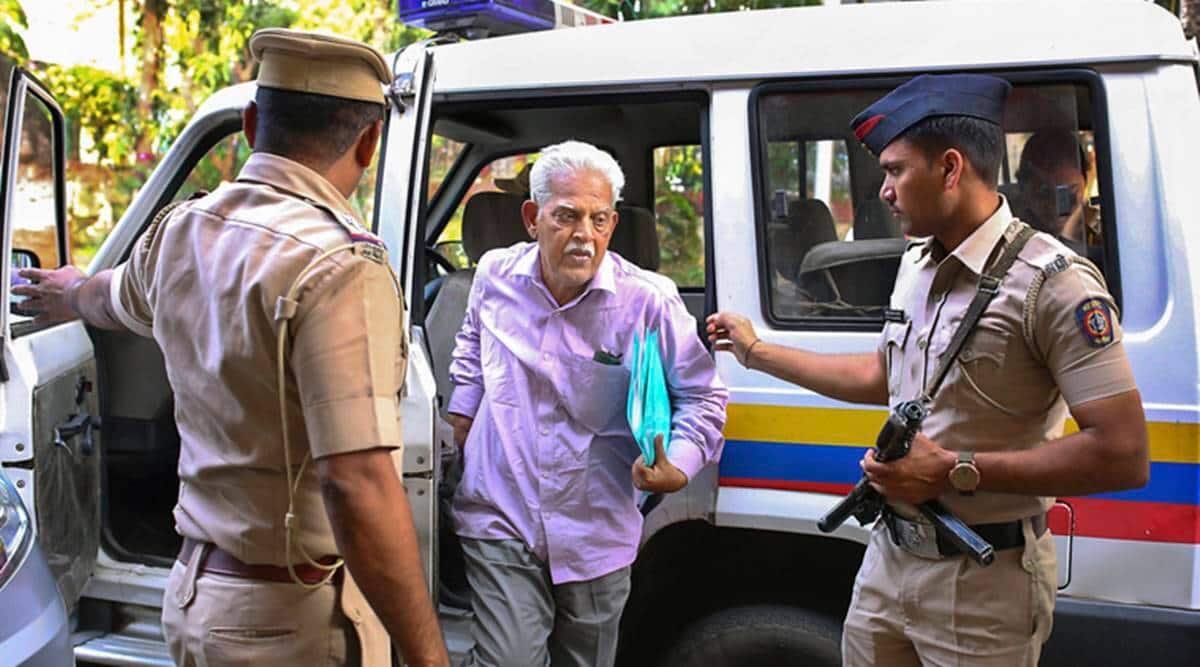 The Bombay High Court on Saturday extended the last date for Elgaar Parishad case accused Varavara Rao to return to jail till March 3. In doing so, the court extended the medical bail granted to Rao till the aforementioned date.

The octogenarian was granted medical bail for six months on February 22, last year, and was later allowed to extend it till February 28, 2022.

On Saturday, the matter was brought up before a division bench of Justice Sunil B Shukre and Justice Amit B Borkar.

Rao’s plea stated that the six-month period following his release from jail had ended on September 5 and that he continues to suffer from various ailments. The 82-year-old added that medical reports showed he has asymptomatic Parkinson’s disease, neurological ailments and severe abdomen pain, indicating evidence of umbilical hernia.

Rao also sought modification of the HC’s condition that he must not leave Mumbai, seeking that he be allowed to return to Telangana.

Justice Shinde-led bench will now only hear the petition filed by Rao, Vernon Gonsalves and Arun Ferreira seeking a review of the December 1 order of the court that refused to grant them default bail as the same bench had passed the verdict.

On Saturday, Justice Shukre-led bench posted Rao’s plea to March 1, when it likely to conduct the final hearing of the same.

HAL’s AMCA and IMRH programmes to be implemented under SPV model: Chairman