Celluloid, a Malayalam film to be screened at Pune International Film Festival, looks at the life of J C Daniel, who is known as the father of Malayalam cinema. 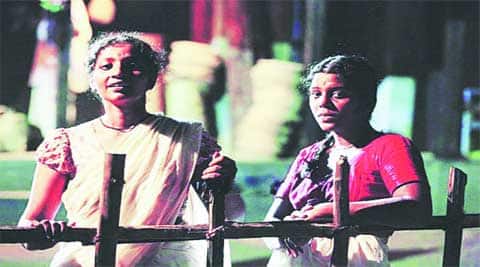 Celluloid, a Malayalam film to be screened at Pune International Film Festival, looks at the life of J C Daniel, who is known as the father of Malayalam cinema

A dark, short woman with large, thoughtful eyes stares into the camera. Clad in an ill-fitted blouse and a sari that barely conceals her raw personality, she stands uncomfortably among the crowd, facing the massive camera, with a small lens attached to it. The year is 1928, and this is the shooting of the first-ever silent Malayalam film, titled Vigathakumaran, by legendary filmmaker JC Daniel.
Over eight decades later, the work and skill put in by Daniel has been revisited in a film titled Celluloid, by noted filmmaker Kamal. The film will be screened at the Pune International Film Festival (PIFF), to be held from January 9 to 16. It takes a look at the grim realities of Daniel’s life, who is now considered the pioneer of the Malayalam film industry, but lived a life of hardships and died without any acclaim or recognition. Noted south Indian actor Prithviraj plays the role of Daniel in the film.
“Daniel’s life was a long tale of struggles. While other filmmakers such as his contemporary Dadasaheb Phalke succeeded, he failed,” says Kamal, who wrote and directed the film. Celluloid follows the journey of Daniel as a 28-year-old who understands and takes an interest in filmmaking, how he directed his only film, its release, the struggles of distribution, and finally, how he leaves the industry to pursue dentistry in Tamil Nadu.
Daniel had written, acted, directed, edited and produced Vigathakumaran (meaning “the lost child”). “He gave everything to that film. He even sold his land to cover the production and filming costs,” says Kamal. He adds that one of the major roadblocks in the ’20s for Daniel was to find a woman to act in his film. “He tried to hire a few theatre actresses, but they demanded too much money. He then chose a young Dalit girl, PK Rosie, as his heroine,” he adds. That, according to Kamal, was one of the key factors the film did not work. “Word got out that a Dalit girl had played the character of a Nair woman in the film. It did not suit the sensibilities of those times,” he says. Kamal adds that Rosie was prohibited from entering the movie halls where her own film was screened. “It was a traumatic experience for Daniel,” he says. The lone surviving print was destroyed accidentally by Daniel’s five-year-old son.
“One of the biggest challenges I faced while making and filming was the lack of raw material and references,” says Kamal, who researched extensively online, and visited National Film Archives of India (NFAI), Pune, to look for old prints, photographs and other material. “But as the reel was destroyed, I had no pointers,” says Kamal.
Shot in Kerala, Tamil Nadu and Karnataka, Celluloid also takes a brief look at the iconic meeting between Daniel and Phalke in Mumbai. Incidentally, actor Nandu Madhav, who portrayed Phalke in the National Award-winning Marathi film Harishchandrachi Factory, reprises the role in Celluloid. Actors Sreenivasan, Mamta Mohandas and Chandni, portray other characters in the film.
The film has already bagged several awards such as the National Award for Best Feature Film in Malayalam, and the Kerala State Film Awards for Best Film, Best Actor, Best Music Director and Best Art Director. Kamal is now excited about the film being featured at PIFF. “Puneites have a unique method of critiquing films. I am looking forward to their response,” he says, adding that he is hoping that his busy schedule allows him to attend the event in person.