Sushant Singh Rajput death case: Three separate FIRs have been registered by CBI, ED and Narcotics Control Bureau in connection with Sushant’s death. A three-member NCB team from Delhi arrived in Mumbai on Thursday to probe the drugs aspect in the actor death case. 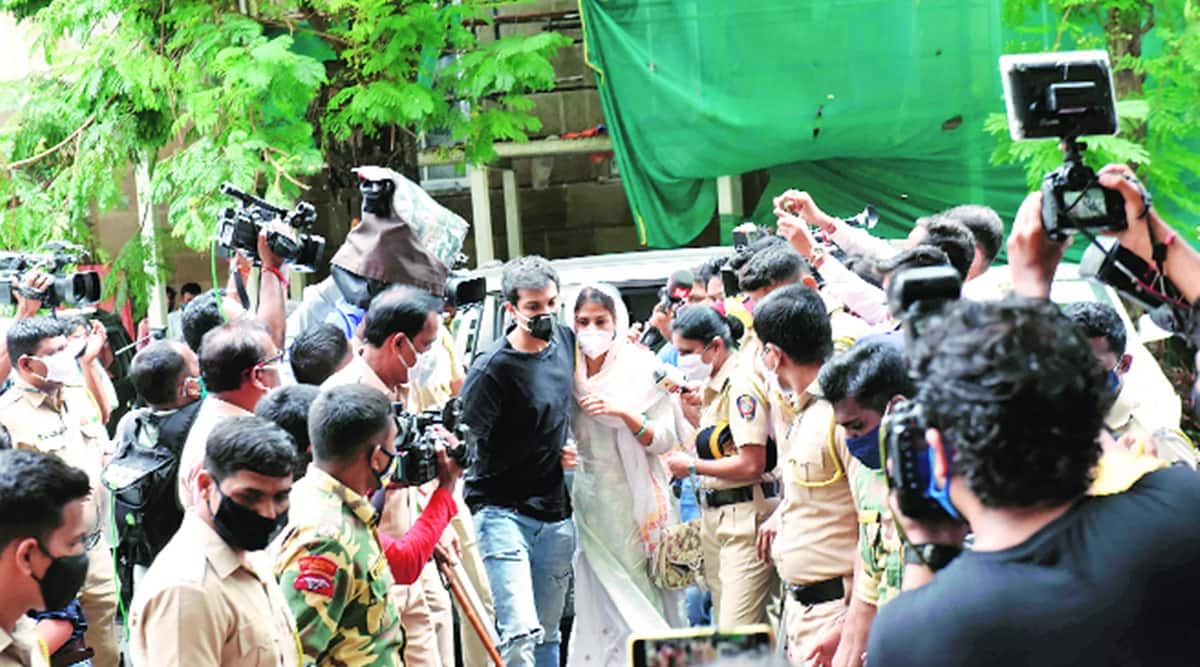 The CBI, which is probing the abetment to suicide angle in the Sushant Singh Rajput death case, on Thursday questioned his girlfriend and actor Rhea Chakraborty’s brother Showik, the watchman of his bungalow, his roommate Siddharth Pithani and house keeping staff at their camp office at the DRDO guesthouse through the day.

This is the first time that the CBI has questioned a member of Rhea’s family.

Rhea’s father, Indraneel, meanwhile, appeared before the Enforcement Directorate (ED) on Thursday in connection with the FIR registered on charges of money laundering.

Also Read | Was not living off Sushant’s money, we were living like a couple: Rhea Chakraborty

Such was the media presence outside her Santacruz residence that Rhea put out two vidoes and appealed that her family be provided security. While one video showed her father being mobbed by the media, the second one was of her building watchman being surrounded by mediapersons.

Later, after ED officers, too, sought the help of the Mumbai Police, two policemen went to the Chakraborty residence and escorted Indraneel to the Santacruz police station. From there, ED officers escorted him to a bank in Vakola in connection with its probe.

Meanwhile, at the DRDO guesthouse, the CBI questioned Showik Chakraborty about his relations with Sushant and the last time he had interacted with him, an officer said. The agency also questioned the actor’s friend and flatmate Siddharth Pithani and cook Neeraj among others. It is likely to summon Rhea for questioning later this week.

Three separate FIRs have been registered by CBI, ED and Narcotics Control Bureau in connection with Sushant’s death. A three-member NCB team from Delhi arrived in Mumbai on Thursday to probe the drugs aspect in the actor death case. On Tuesday, the ED had informed NCB in a letter that its investigation had revealed that drugs were supplied to Rhea and Sushant. Following this, NCB had registered an FIR against Rhea and others.

A Mumbai Police officer said that currently, there is no progress in their inquiry into the accidental death report lodged following Sushant’s death.

The actor was found dead on June 14 at his Bandra residence. His father, K K Singh, on Thursday released a video in which he said, “Rhea Chakraborty was giving poison to my son, Sushant, for a long time. She is his murderer. The investigating agency must arrest her and her associates.”