The South Korean national said she didn't want this particular incident to ruin her travel and "my passion to show wonderful India to other countries". 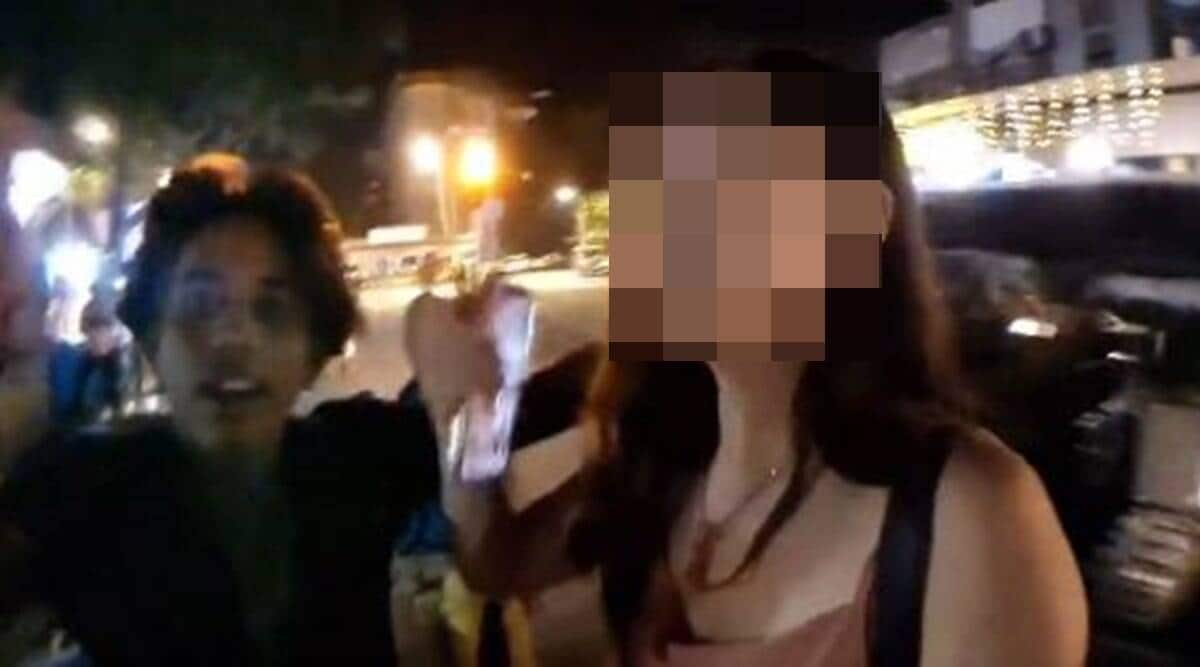 The incident took place on Tuesday night in Khar (West) when the foreign national was shooting a video using a selfie stick. (Screengrab)

Speaking to news agency ANI, the woman recalled how a similar incident had happened to her in a different nation and pointed out that she was unable to do anything to call the police there.

“In India, action being taken very quickly,” she said.

The South Korean national, who had been in Mumbai over the last three weeks, said she was planning to stay in the city for longer. She further said she didn’t want this particular incident to ruin her travel and “my passion to show wonderful India to other countries”.

Earlier in the day, the Mumbai Police arrested the two accused, identified as Mobeen Chand Mohammed Shaikh and Mohammed Naqeeb Sadrealam Ansari, and officials said that they will be produced in court.

The accused have been booked under Section 354 (assault or criminal force with intent to outrage modesty of a woman) of the Indian Penal Code. The accused have been sent to one-day judicial custody. The matter came to light after the video was posted on Twitter, tagging the Mumbai police.

The incident took place on Tuesday night in Khar (West) when the foreign national was shooting a video using a selfie stick. The viral video shows two men approaching her and asking her age. One of them then grabs her hand and forcibly takes her towards his scooter even as she tries to stop him. He can be heard teasing her, making fun of her accent, saying, “Gaadi pe betchi (Sit on the vehicle), jalchi, come fast. One time.” When she politely refuses to sit on his scooter, the man puts a hand around her neck and tries to kiss her on her cheek but she moves away.

As the woman starts walking away quickly, continuing to shoot her video, she says, “It’s time to go back home.”

The video shows the accused following her on the two-wheeler. One of them stops her, asks her to sit on the scooter, saying he will drop her. He then offers to drop her off at a railway station or at her home but she walks away.

‘When Gaikwad gets going, it’s hard to stop … He is calm like Dhoni, has leadership qualities’: Mike Hussey, Australian legend, praises Ruturaj Gaikwad