Most of the women alleged that Shamir Reuben would move quickly from friendly messages to demanding that the women send sexually explicit texts, and in some cases, nude photographs of themselves. 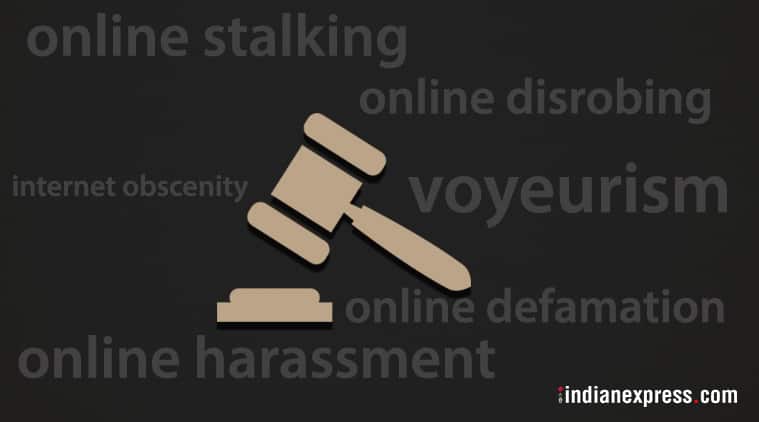 The girl described Shamir Reuben as a “closet predator who preys on young, naive girls, of whom a lot were minors when he sexted them, coerced them into sending nude pictures, and in some cases even forced himself on them”.

A 19-year-old student and poet has accused Shamir Reuben, a known face in Mumbai’s slam poetry circle, of sexting her, and since her Facebook post on February 7, several women have come forward and spoken of similar experiences. Kommune, a Mumbai arts collective where Reuben is the head of content, has suspended him.

The girl’s allegation of inappropriate conduct by Reuben is three years old and at that time she was a minor. She was then a member of ask.fm, a social networking site where users create profiles and can send each other questions. In her Facebook post, she recounted how she became acquainted with Reuben.

“He approached me with a simple, sweet message and we exchanged numbers. This was someone that was looked up to by everyone on the site, including me. Which is why I was extremely confused when he attempted to initiate sexting. I was far too naive to realise what was going on, however I was extremely uncomfortable so I played it off and managed to dodge the conversation,” she wrote.

She described Reuben as a “closet predator who preys on young, naive girls, of whom a lot were minors when he sexted them, coerced them into sending nude pictures, and in some cases even forced himself on them”.

She said she did not have the screenshots of the conversations between Reuben and her but she had chosen to speak out “because she had “come into contact with multiple people who have made me realize that this was not just a single incident and there may be many more who shall be encouraged to speak out if I do so”.

Within hours, 10 women came forward with their accounts of dealing with Reuben’s allegedly predatory behaviour. While several names were omitted on the girl’s Facebook page, four decided not to be anonymous. Most of the women alleged that Reuben would move quickly from friendly messages to demanding that the women send sexually explicit texts, and in some cases, nude photographs of themselves. Some of the women have written about being inappropriately touched and kissed by him.

About her own experience, the Mumbai college student wrote that she “let it go” and continued to be acquaintances with Reuben, but soon spoke to another friend who confided that he had misbehaved with her as well. “But I’m sick of pretending that I’m not furious with him and absolutely disgusted by his behaviour, we’ve all been conditioned to protect the identity of such people due to the consequences that they may have to face, but I think it’s time he’s made aware of the repercussions of his behaviour,” she wrote.

Towards the end of the post, she asked other women who have had similar experiences with Reuben to speak out and offered her support.

Kommune, the Mumbai-based arts collective, on Wednesday released the a statement on its Facebook page, saying it “recognises that posts have been shared about Shamir Reuben’s past conduct with certain individuals. We acknowledge and respect the individuals who are speaking up about these issues.The allegations made are of serious concern to us, and constitutes unacceptable behaviour by any of our personnel. Pending enquiry into these allegations, Shamir’s role at Kommune will remain suspended.”

On Thursday, Reuben released a statement on his Facebook page that read: “If any of my messages or actions may have made (name of the girl) or any other woman uncomfortable, I want to apologise profusely for any discomfort felt because of me.”
He wrote: “I genuinely do not believe my messages or actions would cause them hurt and I sincerely hope that I can be forgiven by all those that I may have inadvertently wronged.”

He added: “Several things said are an incorrect portrayal of past events during 2013-2016, and the messages shared form part of longer conversations. The women to whom I sent messages were my friends, most of who I knew over months and even years, and messages between friends when read out of context often portray an incorrect picture of the true nature of events. These messages, when viewed today, are indeed inappropriate but were never intended to cause harm to any woman.”

Reuben said: I wish (the name of the girl), and all the women who have spoken up, well and I respect them for raising this important issue. Violence of any form against women should not be tolerated. But, I have not and never intended to harm or harass them in any way.”