Schools in Mumbai ready to reopen from Monday, but parents reluctant

Until Thursday, Matungabased SIES School has received signed consent letters from the parents of only two of the 250 students in Class IX. 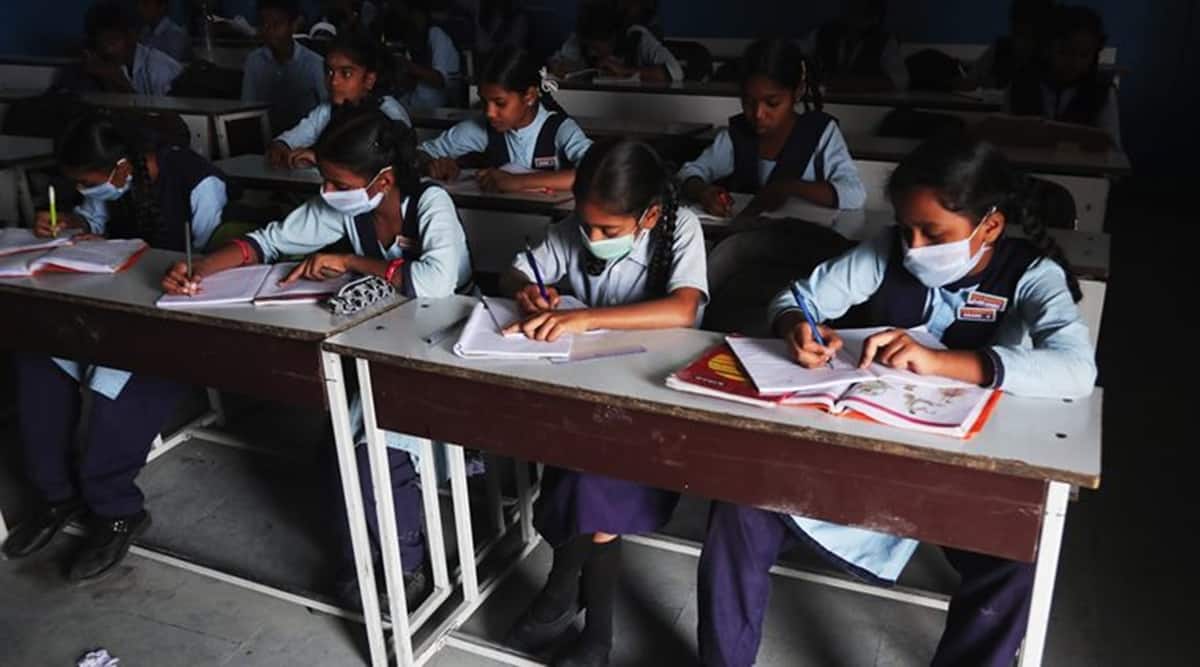 With branches in Borivali and Kandivali, SVIS School will hold a meeting with parents next week.(Representational Image)

WITH ONLY four days left for schools and junior colleges across Maharashtra to officially re-open for students from classes IX to XII, several schools in Mumbai will continue to remain shut. Even as the state school education department has released guidelines for reopening of schools from November 23, physical reopening remains riddled with challenges, said officials.

Until Thursday, Matungabased SIES School has received signed consent letters from the parents of only two of the 250 students in Class IX. “We will take a call on November 22 on whether the school will reopen from Monday. As per government norms, 50 per cent of our teachers will be attending school, but parents are still scared to send children to school, especially in the light of the rising number of cases in Delhi. From our side, we have taken all precautions, but we cannot controlthe spread of the virus in totality. Parents want even practicals to be conducted online,” said Principal Kalyani Arumugam.

With branches in Borivali and Kandivali, SVIS School will hold a meeting with parents next week. to discuss an action plan for the coming days. “Based on our interactions with parents, we have realised that most are unwilling to send their children to school. They are not mentally prepared. We don’t want to rush into it either,” said Yogesh Patel, founder of SVISgroupof schools.

Meanwhile, Children’s Academy group of schools plans to start classes for Class X students fromDecember1. “We are
not reopening this Monday. Sending emails to parents asking for consent will not be effective. We need to explain the precautions that will be taken by us and answer their apprehensions. We will meet the parents next week, and only if they are comfortable, we will go ahead with the idea,” said Chairman Rohan Bhat, adding that parents want the online mode of teaching to continue.

Principalsals pointed to the toll the reopening will take on teachers, as the same topics will need to be covered separately for those who come to school, and those who choose to remain at home. Moreover, bus facilities will not be started for students who opt to return to school. School Bus Owners’ Association president Anil Garg told The Indian Express, “So far, we have not received any guidelines from the transport department. Our letters to the transport commissioner and the school education department have gone unanswered. We will not start our services until we get directions from the government.

Moreover, we will require at least a month’s time to get buses ready for students.”

Also, for school bus owners, plying buses for merely 10 to 12 students will not be financially viable, he added. Prasad Tulaskar, whose son studies in Class IX at Dadar-based Sane Guruji English Medium School, said, “I have ticked ‘no’ on the consent letter sent by the school, as I do not want to take any risk with my child. School reopening in states like Haryana and Andhra Pradesh has resulted in teachers and students contractingCovid-19. So far, there is no vaccine and officials have not ruled out a second wave. In such a scenario, what if some students are silent carriers of the virus?”

The Brihanmumbai Municipal Corporation, meanwhile, will go ahead with reopening its 224 schools catering to classes IX and X students from Monday. “Regardless of the number of students who showup in schools, we will begin classes.In the next three days, officials from the department will personally visit all schools to ensure that they have the required facilities as well as consent letters from parents,” said Deputy Education Officer Sangita Tere.

Foster a sense of humour about yourselves, otherwise you run the risk of being boring: Jennifer Garner