Samruddhi Mahamarg will be a gamechanger that can transform Maharashtra: Devendra Fadnavis 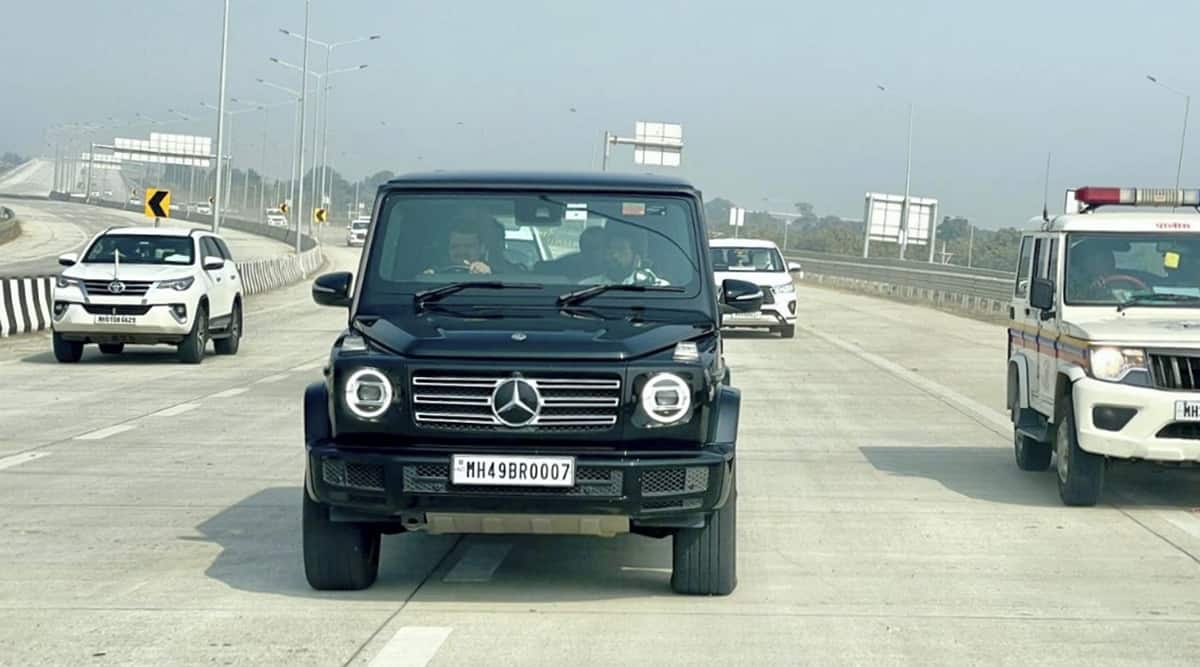 The 701-km Mumbai-Nagpur Samruddhi Mahamarg expressway will be a gamechanger that can transform Maharashtra, Deputy Chief Minister Devendra Fadnavis said after driving on the Nagpur-Shirdi stretch and inspecting the work along with Chief Minister Eknath Shinde Sunday.

Prime Minister Narendra Modi will inaugurate the 520-km phase-1 stretch between Nagpur and Shirdi on December 11.

People gathered at various places in Nagpur, Wardha, Amravati, Washim and Buldana in Vidarbha, and Jalna, Aurangabad, and Ahmednagar districts to welcome Shinde and Fadnavis during the trial run.

Shinde was given a warm reception at Nagpur Airport and Zero Point by MP Krupal Tumane and others, followed by a similar welcome at Wirul Toll Plaza in Wardha district, where district collector Rahul Kardile and DSP Nurul Hasan welcomed the contingent.

MP Prataprao Jadhav, MLAs Akash Funbdkar and Sanjay Raimulkar greeted the CM and the deputy CM at Mehkar interchange in the Buldana district. Shinde and Fadanvis offered tributes to portraits of Chhatrapati Shivaji Maharaj and the late Balasaheb Thackeray. An 89-km stretch of Samruddhi Mahamarg traverses through Mehkar, Sindkhed Raja, and Deulgaon Raja talukas of the Buldana district.

Another stretch of 42 km passes through the Jalna and Badnapur talukas of the Jalna district. Union Minister of State for Railways Raosaheb Danve welcomed Shinde and Fadnavis when they reached Jamwadi in Jalna. MLA Narayan Kuche, former minister of state Arjunrao Khotkar and senior officers were present.

A 54-km stretch of Samruddhi Mahamarg passes through the Aurangabad district. The trial run was welcomed by guardian minister Sandipan Bhumre, Cooperative Minister Atul Save, MLA Haribhau Bagade and others.

Once the entire 701-km stretch of the highway is operational, it is expected to boost development opportunities in the Marathwada and Vidarbha regions, which are drought-prone areas. The remaining 181-km stretch under phase 2 of the project, between Shirdi and Mumbai, will end in Thane’s Vadpe area in the Bhiwandi district, and will be ready by 2024, officials said.

The project is the brainchild of Fadnavis and was conceptualised in 2015. It is expected to reduce the travel time between Nagpur and Mumbai from 16 hours to eight hours.

The MSRDC is building the eight-lane expressway – touted to be the fastest in the country – where vehicles can ply at 150 kmph. The project is estimated to cost Rs 55,000 crore.

The expressway will traverse through 14 districts, six talukas and 392 villages and will have 24 interchanges, 38 bridges over 30 metres long and 283 bridges that are less than 30 metres.