The Maharashtra minister cites a letter from an unnamed NCB officer which lists 26 cases where allegedly drugs were planted on people and subsequently arrests were made by the NCB. 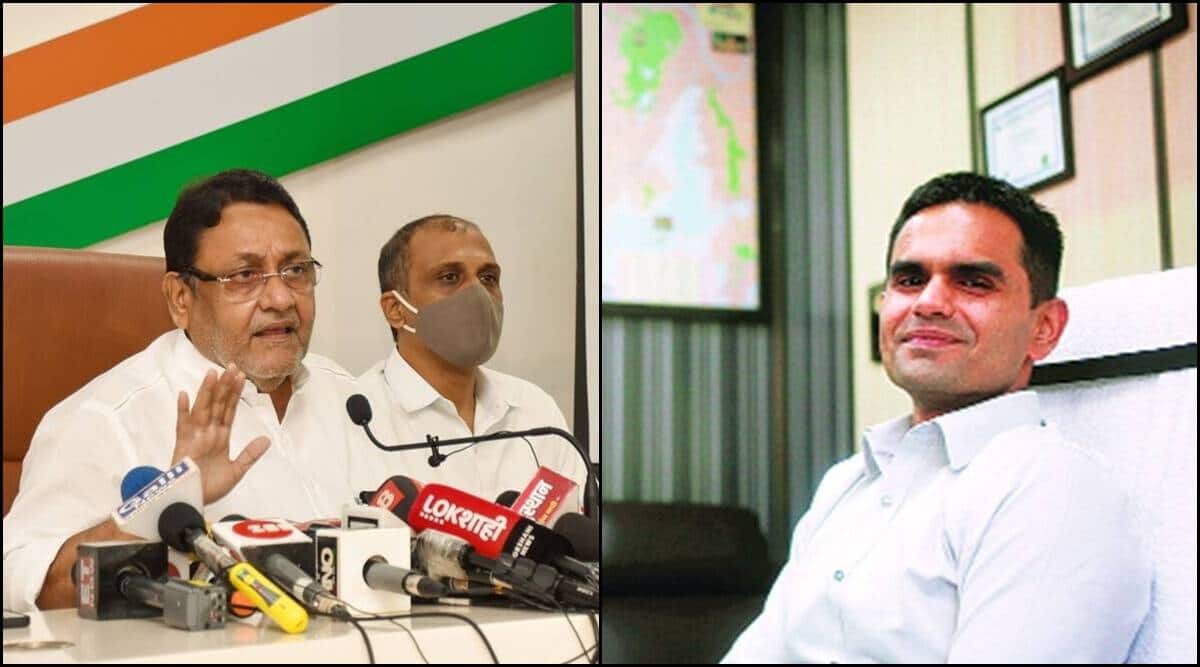 NCP leader and Maharashtra minister Nawab Malik on Tuesday, citing a letter from an unnamed Narcotics Control Bureau (NCB) officer, said that NCB zonal director Sameer Wankhede had planted drugs and foisted false cases on people. The four-page letter, addressed to him by a person who claims to be an NCB official, lists 26 cases where allegedly drugs were planted on people and subsequently arrests were made by the NCB, said Nawab Malik.

“Rakesh Asthana ordered Sameer Wankhede and K P S Malhotra to use every available avenue to frame Bollywood actors in drug cases. Both of them in order to fulfil Asthana’s orders framed Bollywood actors in false cases,” the letter states. It adds that money was extorted from these actors after filing cases.

Don't miss |Taking centrestage, a sideshow: the NCP minister vs the officer

The letter accuses Wankhede and his team of planting drugs in the houses of individuals whom they raid and file false cases.

“If the quantity of drug found at some individual’s residence is less, then the team inflates the amount of drug that is ceased (sic) to show that it is of commercial or intermediate quantity. This is done to ensure that those arrested do not get bail,” the letter states. The letter claims that the drugs which are planted are brought by the NCB through its trusted men.

The letter goes on to list 26 cases in which people were allegedly framed and drugs were planted.

“Sameer Wankhede is foisting fake cases on people and misusing the NDPS Act. I request the Maharashtra government to set up an inquiry commission to investigate the matter,” the letter states.

The letter was sent to Malik at his residential address with copies marked to Maharashtra Chief Minister Uddhav Thackeray as well as Congress president Sonia Gandhi.

Malik, who subsequently held a press conference, said: “I will be sending this letter to director general of narcotics (NCB), requesting him to include this letter in the investigation being conducted on Wankhede,” Malik said.

Malik claimed that at least Rs 1,000 crore has been ‘extorted’ in Mumbai and Maldives from the Bollywood personalities by Wankhede and officers of the NCB. Malik has claimed that Wankhede, through two people in Mumbai and Thane, has been illegally intercepting the mobile phones of some people. Malik added that Wankhede had sought the call detail record (CDR) of his family member from the police.

On Tuesday Malik again reiterated that Wankhede had forged his caste certificate to get reservation benefits to get a job in the central government.

Malik claimed that Wankhede’s father Dnyaneshwar Wankhede, who had worked with the state excise department, had converted to Islam in the 70s before his marriage. Under existing rules, people from the Scheduled Castes who have converted to Islam or Christianity are not eligible for reservations.

“Sameer Wankhede was born and raised as a Muslim. As an afterthought, he has used his father’s caste certificate to take the benefits of reservation. I also demand that an inquiry be conducted into how his father drew reservation benefits despite converting to Islam,” Malik said.

Wankhede responded to the allegations stating that Malik was levelling false allegations. He also released the school leaving certificate and caste certificate of his father.

“These are all false allegations like the ones he has been making. Let him prove the allegations. I will give a fitting reply in court,” Wankhede said.

In Brazil favela, skateboards made of bottle caps promote recycling