Ever since Olympia opened on Shahid Bhagat Singh Road, the management and the staff have been breaking their own fast together before serving customers, who flock from all corners of the city. 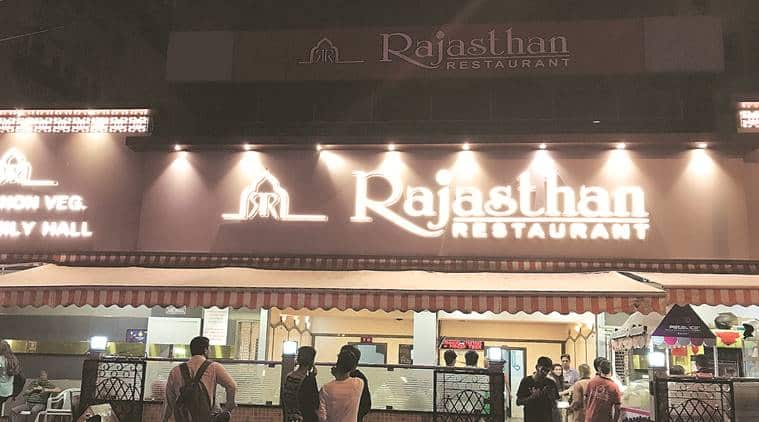 While newcomers in the city might think that a clutch of restaurants are shut for good, for the local people, it means the beginning of the holy month of Ramzan. (Express Photo)

Starting Thursday, several restaurants in Mumbai were shuttered during the scorching heat of the day only to re-open after sundown. While newcomers in the city might think that a clutch of restaurants are shut for good, for the local people, it means the beginning of the holy month of Ramzan. The century-old Olympia Coffee House, which stands across the road from Leopold Cafe, puts up signs in three languages to dispel any misgivings. “People who are not from Mumbai think that Olympia will be shut for the whole month,” says Yunus Nandolia, the manager at Olympia.

He adds that the signs that say the restaurant would be open between 7.45 pm and 10 pm and 3 am and 4.30 am for a month are as much for the local people and regulars as for the tourists. “Our regular customers just need to be reminded about the timings,” Nandolia said.

Ever since Olympia opened on Shahid Bhagat Singh Road, the management and the staff have been breaking their own fast together before serving customers, who flock from all corners of the city. “During Ramzan, we have people coming from Bhendi Bazaar to eat our kheema. A lot of taxi drivers also fix Olympia as their designated iftaar stop,” he said. Apart from those living in Colaba and Cuffe Parade, Olympia is also flooded with tourists staying in hotels and guest houses around Colaba. The menu remains unchanged during the month of Ramzan with only the sweet bun maska missing. “We have the usual during Ramzan — milk, curd, kheema, mutton and chicken masala, chapatti and parantha,” says Nandolia. Those craving sweets head over to Mohammad Ali Road.

The month also requires Nandolia to judiciously manage his crew of cooks, waiters and cleaners. “We shuffle them into shifts. Half of them work in the night and other in the early morning. Those who live here break their fast at the restaurant,” he says.

Olympia is one of the handful of establishments that open early in the morning for the pre-dawn meal of sehri that prepares the worshippers for the rest of the day. Hotel Rajasthan on S V Road in Khar is also one of those. The six-decade-old restaurant will stay open between 7 pm and 4.30 am, starting Thursday.

Farooq Akbar, who has been managing the hotel for 40 years says: “We start work after offering prayers. During Ramzan, we open up a special counter for parcels and also set up stalls outside.” The hotel offers a lavish spread of sweets during the holy month. “We prepare special food items, like malpua, shahi tukda, gulab jamun and jalebi. You won’t get to eat these here during the rest of the year. We also sell chicken cutlets and samosas from the stall outside our restaurant,” says Akbar.

He says the hotel was started 60 years ago by migrants from Rajasthan, before being taken over by a family from Gujarat. “We decided not to change the name of the restaurant as it had become familiar among the local people,” Akbar says. Further north on S V Road, Yasim Borania, who manages Hotel Bostan in Jogeshwari, believes in keeping the food simple during Ramzan. The 35-year-old hotel shuts at 1 am after opening for iftaar at 7 pm. “Business slows down quite a bit during the month,” he says. In order to not overburden the staff on his roll, Borania hires temporary staff for a month.

With only local poeple trickling in with their families, Borania has not yet found the need to extend the hotel’s hours to early mornings. “This is a residential area and people prefer to observe sehri in their homes. That is the reason very few restaurants in the suburbs are open for sehri. In south Mumbai, restaurants prefer to stay open early in the morning because they receive a lot of tourists,” he says.

Bostan is surrounded by a number of dairies and bakeries that are readying their stocks of dates and desserts for Ramzan, Borania has not extended his services during Ramzan beyond the regular menu. “We are simple people with simple tastes,” he says smiling.