The Navratri celebration at Tembhi Naka was started by late Sena leader Aanand Dighe, considered to be Shinde's mentor. Since Dighe's death in the 2000s, the celebration has been organised by Shinde and his supporters. 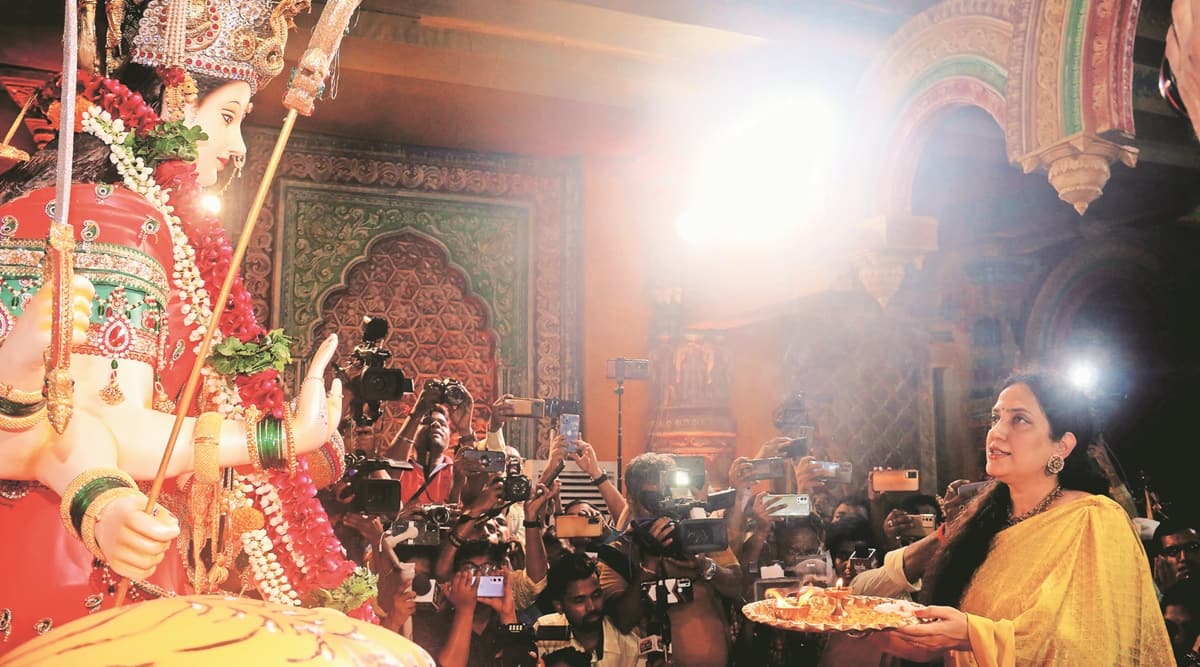 The Navratri celebration at Tembhi Naka was started by late Sena leader Aanand Dighe, considered to be Shinde’s mentor. Since Dighe’s death in the 2000s, the celebration has been organised by Shinde and his supporters. On September 26, Shinde had participated in the procession when the idol was brought to the pandal from Kalwa.

A large number of Shiv Sainiks gathered at the pandal on Thursday to welcome Rashmi and raised slogans in support of the Thackerays. She was accompanied by Thane MP Rajan Vichare, Rajya Sabha MP Priyanka Chaturvedi and former mayor Kishori Pednekar.

Rashmi and Uddhav Thackeray have been visiting the pandal for years. This was the first time since the June rebellion by Shinde and other Sena MLAs that Rashmi visited the CM’s bastion.

She reached Thane around 3.30 pm and visited Anand Ashram, the Sena’s Thane headquarters, where she paid tribute to Dighe at his memorial. Later, she visited the pandal and performed aarti there. She did not speak to the media and left the venue after offering prayers.

To avoid any kind of untoward incident and to maintain law and order, heavy police deployment was seen in the area.

Also Read |From suicide to graft: After power shift in Mumbai, key cases go on the backburner

When asked for the CM’s reaction on the visit, a Shinde faction leader said, “The Goddess belongs to everyone and everyone can take darshan… we do not want to indulge in politics on such topics.”

When asked by the media, Shinde also refused to comment on the issue.