Two London photographers celebrate their heritage through The Sikh Project 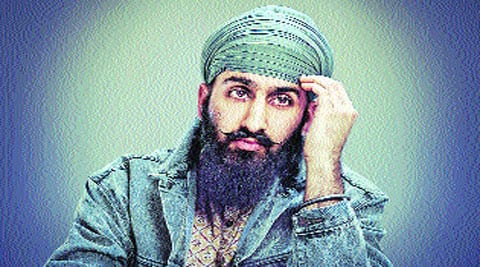 The photography initiative by third-generation Sikhs
in London celebrates the Sikh turban.

With even the unlikeliest of fashionistas sporting the hipster beard in the West, it’s hard to miss the new wave popularising facial hair. But one of the most uncanny outcomes of the trend perhaps is The Sikh Project, a photography initiative that celebrates the Sikh turban. Last year, Amit and Naroop, London-based photographers, were on the streets of their neighbourhood scouting for Sikhs who made for interesting subjects. “It’s now considered cool to have a beard. What we want to do is celebrate it as part of our culture. It’s part of our identity and reflects our heritage,” says Naroop, a third generation migrant.

The cousins decided to invite the protagonists to their studio, where tightly cropped portraits of each were taken. Some are young and trendy, others elderly and experienced — from a magician to a comedian, a filmmaker to a highway planner.

If polo player Gurbir Singh turned up in his sports jersey and stick, student Ishtmeet Singh Phull dressed the part with his linen shirt, saffron turban and kirpan. It began, though, from 80-something temple volunteer Balbir Singh. “With our broken Punjabi, we had a tough time communicating with him, but the peace his face reflects made all the effort worthwhile,” say the advertising professionals, who have also worked with artistes such as Tinie Tempah, Jay Sean and Tinchy Stryder.

Complete with editing and shortlisting photographs, the duo is finalising the venue for their first exhibition. “It’ll be in September in Central London,” says Naroop. India too is on their mind. “We are in touch with people in Delhi, we should be there soon,” he says.