With these sops continuing into the next fiscal, Pawar said the difference between revenue income and expenditure would widen in 2014-15. 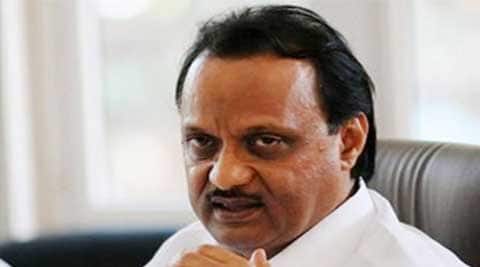 It being a vote-on-account, Pawar refrained from making any new policy announcement or tax proposals.

Maharashtra Finance Minister Ajit Pawar Tuesday presented a Rs 2.01 lakh crore budget for 2014-15, but could not prevent a revenue deficit for the current financial year as well as the next year with a string of populist measures ahead of Lok Sabha polls, taking the expenditure well beyond its original estimate.

It being a vote-on-account, Pawar refrained from making any new policy announcement or tax proposals. The government sought the legislature’s approval for spending Rs 98,447 crore during April-July. The annual plan size has been proposed as Rs 51,223 crore, 3 per cent higher than in 2013-14.

While informing the house that the state would be able to meet revenue targets set for 2013-14, Pawar admitted that a “slowing economy and certain unavoidable populist measures taken by the government had affected the health of the state’s economy”.

“We had expected a revenue surplus of Rs 184 crore in 2013-14. Though we have achieved our revenue targets, we have had to incur heavy expenditures for natural calamity relief, electricity bill subsidy, and other expenses. As a result, the revenue surplus has become a revenue deficit of Rs 3,017.23 crore.”

In January, following in the footsteps of the Aam Aadmi Party government in Delhi, the state government decided to extend 20 per cent subsidy in power bills to all classes of consumers served by state-owned discom Mahavitran, a move that burdened the state exchequer by Rs 606 crore a month. For 2013-14, the additional burden is around Rs 1,212 crore, while for the next fiscal it is estimated at Rs 9,000 crore.

Besides this, the state’s decision to compensate farmers for crop losses due to natural calamities cost the exchequer over Rs 4,000 crore in the current fiscal, whereas the decision to implement the food security Act and provide subsidised food items to 1.77 crore additional beneficiaries cost the exchequer Rs 250 crore in 2013-14. The government also took other decisions like extending grants for modernisation of madrassas and welfare of the girl child in the run-up to polls.

With these sops continuing into the next fiscal, Pawar said the difference between revenue income and expenditure would widen in 2014-15. “The decision taken this year such as electricity bill subsidy will lead to a substantial increase in revenue expenditure in 2014-15 also, leading to a revenue deficit situation. A revenue deficit looks imminent in light of slowing economy and increasing demand for public expenditure,” he said.

Interestingly, while the government has budgeted Rs 9,000 crore towards power subsidy for the next year, provisions for extending subsidy to consumers served by private discoms in Mumbai was missing. The fiscal deficit for 2013-14 is estimated at 1.7 per cent of GSDP compared with 1 per cent in 2012-13. In absolute terms, Pawar expects to close the year with a fiscal deficit of Rs 26,562 crore, which is estimated to jump 16 per cent to Rs 30,784 crore in 2014-15.

Pawar said that the fiscal deficit was well within the 3 per cent of GSDP mark set under the Fiscal Responsibility and Budgetary Management Act. The same Act, however, requires states to maintain a revenue surplus. The revenue deficit position could impact the flow of funds to the state from the Centre, as the Finance Commission has tied central devolutions to reforms.

Not a high price to pay