Over 8 per cent of 2.3 crore students enrolled across Maharashtra schools have no Aadhaar: data 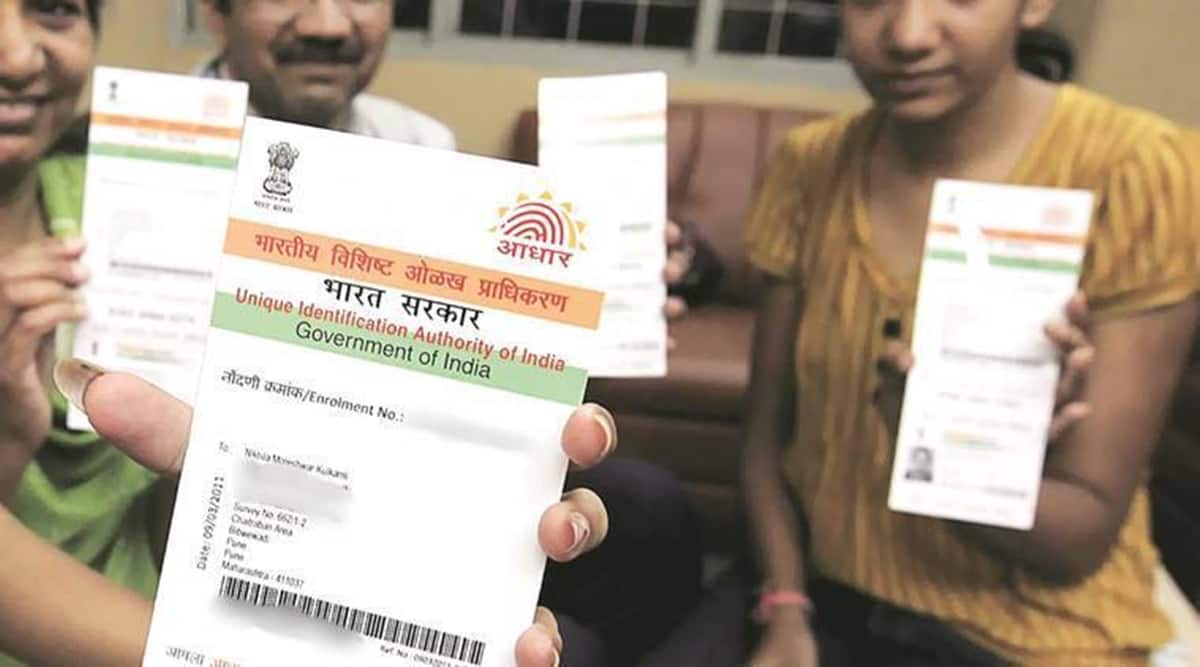 The data reveals 91 per cent of students have Aadhaar enrolment and 18 per cent of it is invalid.

OF THE 2,33,13,762 children enrolled in government and aided schools across Maharashtra 19,55,515 (8.38 per cent) do not have Aadhaar cards, according to recently released data from the state government. Of the 2,13,58,247 children, who have Aadhaar cards 40,01,250 are invalid meaning their enrolment will not be counted in addition to those having no Aadhaar card.

Ahead of the teacher approval process, the data has become a cause of worry for many schools. Posts of teachers allotted to each school are based on the number of enrolled students. Students having valid Aadhaar cards are considered enrolled, and it is factored in while calculating the student-teacher ratio to approve required posts of teachers.

The data reveals 91 per cent of students have Aadhaar enrolment and 18 per cent of it is invalid.

“There are mistakes in particulars such as name, date of birth or gender etc on invalid Aadhaar cards. Due to lack of willingness among parents to take steps for correction, the schools are going to have to take the responsibility,” said Mahendra Ganpule, spokesperson for Maharashtra Headmasters’ Association, adding that apart from the fixation of approved posts of teachers, from January 2023, midday meal scheme is going to be linked with Aadhaar.

The Pune district also has the highest student count without Aadhar at 3,09,671. The districts of Thane, Mumbai and Aurangabad take the second, third and fourth positions in terms of students, who have no Aadhaar.

“Considering that these are the districts with highest student enrollment; in case of the count of students enrolment with or without Aadhaar they appear at the top in sheer numbers,” explained an official from the school education department, adding that the schools have been additional time till December 12 to complete Aadhaar updation on the student portal.