Google Glass, provides a host of functions with a simple-voice command or touch. 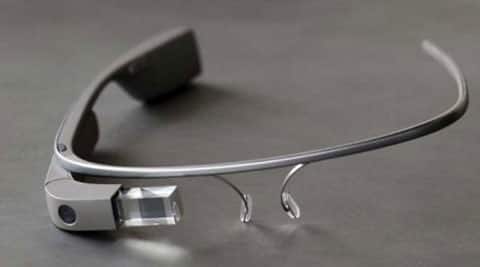 In a first in the city, doctors at privately-run Dr Balabhai Nanavati Hospital  used ‘Google Glass’ while conducting an open-heart surgery last week. Although the glasses are not commercially available in the country, the hospital managed to procure a pair of glasses to develop telemedicine applications for Google which will be Android based.

Google Glass, which is likely to be launched in the country in December, provides a host of functions with a simple-voice command or  touch. It can be worn like an ordinary pair of glasses, but unlike the usual glasses, the user will see a high resolution display instead.

Dr Pavan Kumar, heart surgeon at the hospital, said, “The glass  will be of great help in surgeries. We can live stream  operations, which can be accessed in real-time by experts or students for information. We can also instantly communicate with medical professionals for advice during operations.”

With a small screen on the prism of the right eye, which will act like a screen, doctors at Nanavati hospital are hopeful to exploit the innovation for better medical purposes. The glasses can be used to record videos using a 5 megapixel camera, which can be instantly uploaded online for viewing.

Close to 4,000 Google Glasses were distributed to several institutes, colleges and hospitals in the United States in April to develop applications for the glasses. The product was also recently launched in the United Kingdom. Nanavati hospital is now in the process of creating a ‘telemedicine application’ for Google Glass, which will help track details of patients.The application, at present called

Electronic Medical Record (EMR), will store details of patients, his/her ailments, diagnosis and course of treatment, so that information on the patient can be readily available.

On June 28, Kumar will hold a live demonstration of the glasses and conduct the second open heart surgery, which will be streamed online. “On June 30, we expect to do the third surgery using Google Glass,” he added.

According to experts, the glasses will be helpful for rural hospitals or peripheral centres.

Step down or take a break: Shane Warne to Alastair Cook