Mumbai Rewind: Drugs are not new in Bombay, city was under influence of cocaine a century ago

Even before cocaine, opium was the preferred recreational drug smoked in the opium dens or madak houses that dotted Bombay. Opium was smoked in two forms — a relatively milder form called Madak and a stronger preparation called Chandu. 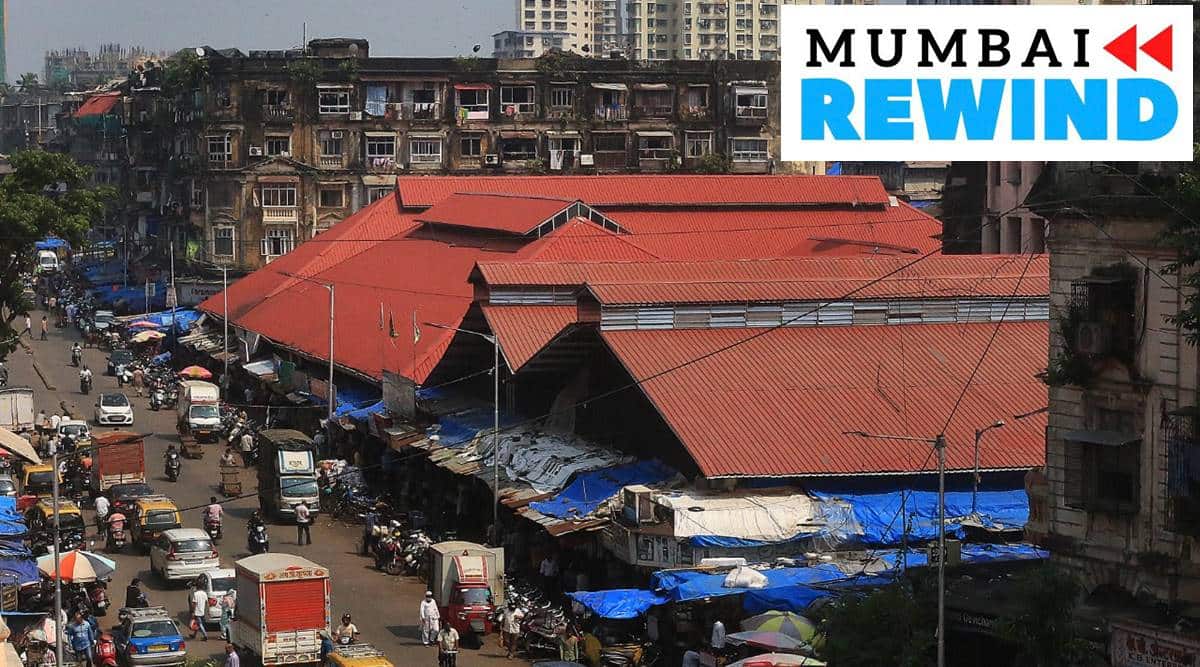 Null Bazaar emerged as the epicentre of Bombay’s cocaine trade as majority of the cases were registered here. In 1911, the Bombay Police embarked on a special drive deputing a European inspector to crack down on the drug trade in the area. During a two-month drive, the inspector and his team caught around 600 individuals for selling, possessing and consuming drugs. (Express photo by Amit Chakravarty)

Although the issue of consumption of drugs in Mumbai is being much highlighted of late, the menace is not new in the City of Dreams. Almost a century ago, erstwhile Bombay was gripped by a drug epidemic of sorts and the culprit back then was cocaine, a recreational drug and euphoriant obtained primarily from the leaves of Coca leaves.

Even before that, opium was the preferred recreational drug smoked in the opium dens or madak houses that dotted Bombay. Opium was smoked in two forms — a relatively milder form called Madak and a stronger preparation called Chandu.

A parliamentary commission set up in 1893 by the British government to inquire into the extent of opium consumption in India recommended the prohibition of sale except for medicinal purposes. The recommendations then led to the forceful closing of the dens by the local administration in the same year.

However, S M Edwardes, Commissioner of Police, Bombay (from 1909 to 1916) wrote in his book on the Bombay Police, “The opponents of the practice did not foresee that opium-smoking cannot be entirely abolished by laws and regulations and that the stoppage of supplies of the drug merely results in the public seeking other more disastrous forms of self-indulgence. In Bombay the closing of the opium shops led directly to a great increase of drunkenness and a few years later to the far more pernicious and degrading habit of cocaine-eating.”

Edwardes says that by the year 1909, cocaine-eating had attained an extraordinary hold upon the lower classes of the population with even women and children falling victims to the habit. In the preceding years, cocaine was then endorsed by medical authorities as a harmless cure for everything from common cold to opium addiction.

An illustration of a madak house or opium den. Before cocaine arrived in Mumbai, opium was the preferred recreational drug smoked in the opium dens or madak houses that dotted Bombay. Opium was smoked in two forms — a relatively milder form called Madak and a stronger preparation called Chandu.

The most common method of consuming cocaine was eating it with betel leaf and nuts (pan-supari).

“The medical officer of the jail in Bombay will daily meet with one or more new prisoners arrested for either being in possession of or selling cocaine, or for theft, who are cocaine eaters,” Major A W Tuke Presidency Surgeon Bombay wrote in The Indian Medical Gazette of 1914.

Cocaine was smuggled into Bombay largely from Germany in packets bearing the name Merk, with Null Bazaar in present Bhuleshwar deemed to be the epicentre of the trade as majority of the cases were registered here.

The Bombay Police in 1911, however, embarked on a special drive deputing a European inspector and a staff of constables on special duty in and around areas like Bhuleshwar, Null Bazaar and Dhobi Talao. During a two-month drive, nearly 600 individuals were caught and convicted by the courts.

During this time, ingenious attempts were made to smuggle in cocaine into the city. An incident in 1911 involved an Austrian who served as a steward on a ship trying to smuggle in 300 grains of cocaine concealed in the soles of his boots.

Two subsequent drug busts where cocaine valued at Rs 45,500 and another large consignment valued at Rs 17,000 were seized by the Bombay Police in 1912-13. These busts are said to have upset the local market for the drug.

Traffickers, however, found a way to overcome this shortage by palming off powdered magnesia and Epsom salts to buyers.

The cycle of cocaine usage subsided after trafficking became difficult with the outbreak of the First World War in 1914 and the sudden cessation of the continental steamship companies’ traffic between Europe and the East.

The lag, however, did not last long with Mumbai witnessing a surge in drug supply and usage again in the 1930s.