Mumbai News Highlights, November 30, 2022: Nawab Malik is in judicial custody and currently undergoing treatment at a private hospital in Mumbai Fumed over the comparison, Shinde said Shivaji cannot be compared with anyone and his party worships and draws inspiration from him.

In another development, a special court in Mumbai rejected the bail plea of former Maharashtra minister Nawab Malik in an alleged money laundering case linked to the activities of fugitive gangster Dawood Ibrahim and his aides. The Enforcement Directorate (ED) arrested the Nationalist Congress Party (NCP) leader in February this year. The ED claimed the accused was dealing with Dawood and his sister Hasina Parkar and “there is no question of him being innocent”.

In pictures - Last point of tunnel of Mumbai Line 3 metro 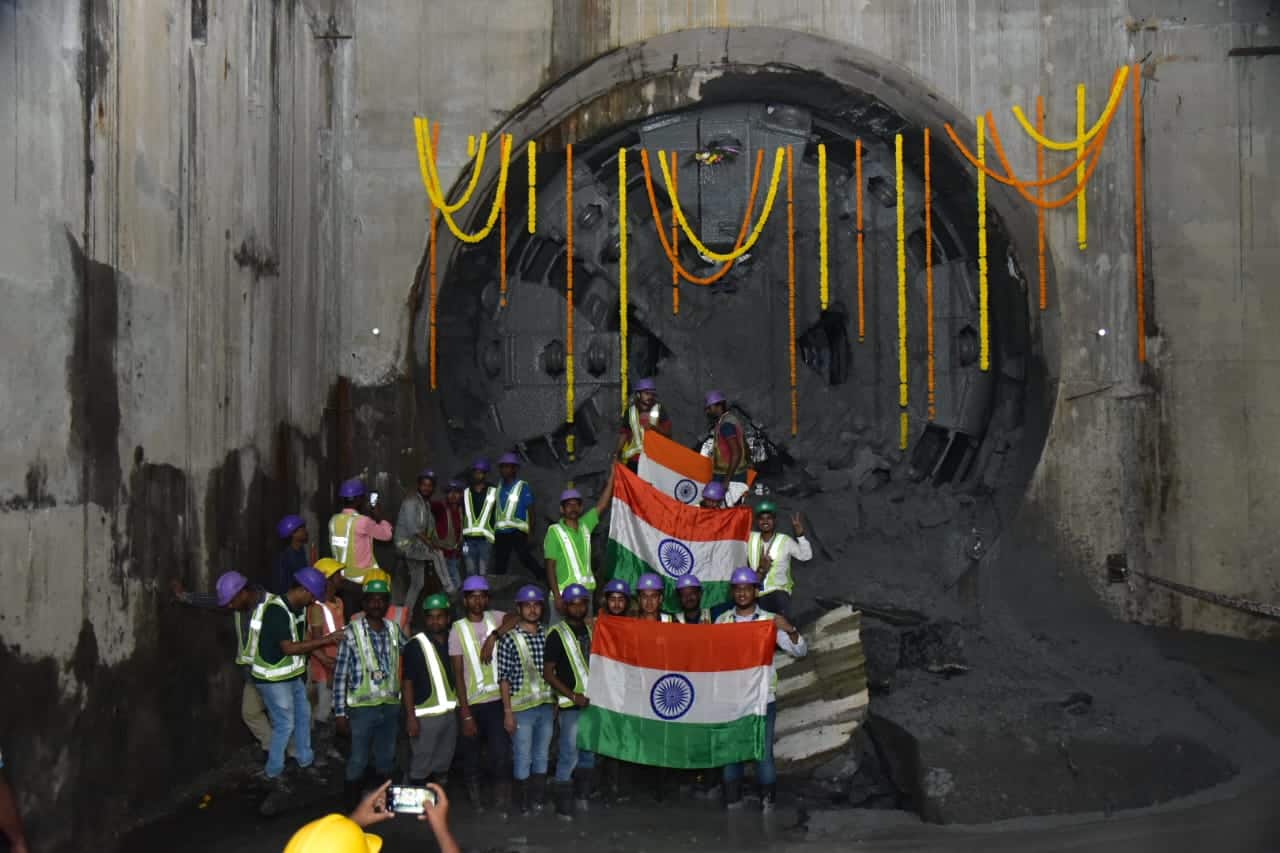 The Mumbai Metro Rail Corporation (MMRC) completed the 100 per cent tunnelling work of Colaba-Bandra-SEEPZ, the Line 3 of Mumbai Metro.

The overall project progress stands at 76.6%.

The statement has invoked sharp reactions from political parties and other organisations.

Malik was arrested in February by the Enforcement Directorate (ED) in connection with a money-laundering case linked to a property in Kurla called 'Goawala' compound.

As the installation of an EV charging station is a de-licensed activity, any individual who wishes to install an EV charger is free to do so, stated the notification.

The RWA should grant a No Objection Certificate (NOC) to the vehicle owner within seven days from the date of application for installing an EV charger, it said.

A special court here has relied on a DNA test report and sentenced a 41-year-old man to 20 years' imprisonment for repeatedly raping his 16-year-old step-daughter since 2019 and impregnating her, even the victim turned hostile during the case trial.

Special Judge Anis Khan, designated to hear cases related to the Protection of Children from Sexual Offences (POCSO) Act, in the order passed on Tuesday said in such peculiar circumstances, DNA tests are an effective tool for investigation as well as to establish the proof of guilt of the accused.

“The DNA report clearly indicates the accused was the biological father of the foetus of the victim girl,” the court said in the order, a copy of which was made available on Wednesday.

“It is, indeed, sad that a very serious and heinous offence has been committed by a step-father on his step-daughter who is a child below 18 years," it said.

Merely because the victim and her mother have turned hostile does not mean it would lead the prosecution case to fail, the court said. (PTI)

Mumbai Metropolitan Region Development Authority (MMRDA) Commissioner S V R Srinivas said, “A team from CMRS is carrying out the supervision. Once the safety clearance certificate is in place the commercial operations can begin.” (Read More) Maharashtra-Karnataka border dispute in court, Belagavi on edge: All you need to know

On Wednesday, (November 30), the Supreme Court will hear arguments about the maintainability of a petition filed by the Maharashtra government, challenging some provisions of the State Reorganisation Act, 1956 and demanding 865 villages from five districts of Karnataka.

In Karnataka, tensions are high, especially in Belagavi district, which borders Maharashtra, and the police have beefed up security arrangements. (Read More) 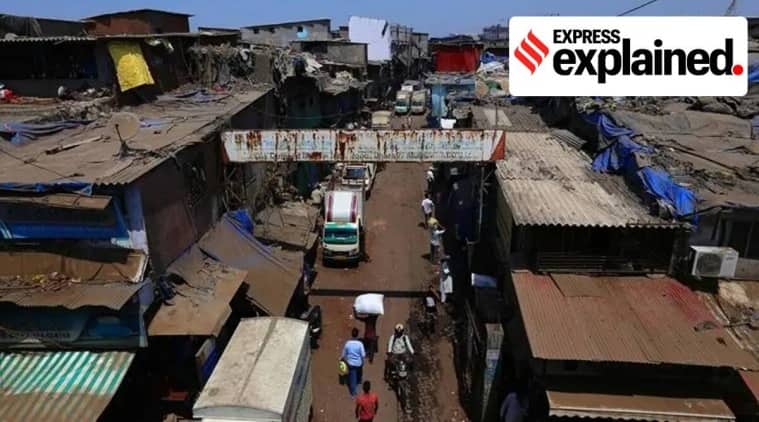 The Adani Group has won the bid for the long-delayed Dharavi redevelopment project, which aims to transform a huge slum cluster — located on prime commercial land — in Mumbai.

Confirming the development, SVR Srinivas, Chief Executive officer of the Dharavi Redevelopment Project, told The Indian Express, “The Adani group quoted Rs 5,069 crore for this project, followed by Rs 2,025 crore quoted by the DLF group. Only Adani and DLF qualified in the final bidding. The third, Naman Group, couldn’t make it.”

The Adani Group had lost a bid for the project in January 2019. (Read More)

In a case of cyber fraud, a 74-year-old businessman from Juhu in Mumbai allegedly lost over Rs 1 lakh after he shared his bank account details in reply to an email purportedly sent by Netflix, an OTT platform, saying that his subscription has been kept on hold for non-payment of Rs 499, police said Wednesday.

An FIR was registered at the Juhu police station on November 29 after the victim lodged a complaint stating that he lost Rs 1.22 lakh from his bank account. (Read More) In a significant political development, the Vanchit Bahujan Aghadi (VBA) headed by Prakash Ambedkar, grandson of B R Ambedkar, has decided to forge a pre-poll alliance with the Uddhav Thackeray-led Shiv Sena in Maharashtra. Their tie-up being dubbed an “alliance of Shiv Shakti and Bhim Shakti” in a section of state political circles is likely to have an impact on state politics in coming days.

Apart from having a bearing on various coming elections, including the Brihanmumbai Municipal Corporation (BMC) polls in 2023 and the Lok Sabha and the Maharashtra Assembly polls in 2024, the Thackeray-Ambedkar alliance, if sustained, may go beyond electoral politics to revive the social reforms agenda which has been at the core of progressive Maharashtra politics. (Read More)

Two new COVID-19 cases have been detected in Maharashtra's Thane district, taking its infection tally to 7,47,314, a health official said on Wednesday.

With the addition of the latest cases on Tuesday, there are currently 69 active COVID-19 cases in Thane, which comes under the Mumbai Metropolitan Region, he said. (PTI)

Mumbai Metro: First section of Bandra-Colaba-SEEPZ Line And Aarey Car Shed To Be Operational By December 2023

The first section of Mumbai Metro Line-3 between Aarey Milk Colony and Bandra-Kurla Complex and Aarey Car Shed will be operational by December 2023.

The first underground Mumbai Metro Line-3, passing through Colaba-Bandra-SEEPZ, has the longest station at Bandra Kurla Complex (BKC), which is almost half a kilometre long (474 m) and 32.5-m wide.

717 measles cases in Maharashtra so far this year, Mumbai worst-affected

The number of measles cases reported in Maharashtra since the start of the year has reached 717, including 303 in Mumbai, the state health department said.

The viral infection, which mostly affects children, has claimed 14 lives so far, it said on Tuesday. In Mumbai alone, 10 deaths due to measles have been reported as of November 28, the official release said.

On Tuesday, Mumbai recorded five fresh measles cases and one suspected death, the city's civic body said in a bulletin. Since January, 70 cases of infection have been reported in Malegaon city in Nashik district and 48 in Bhiwandi near Mumbai. Mumbai has recorded 74 outbreaks so far this year. (PTI)

At least five people were injured when a truck in which they were travelling overturned near a bridge on Mumbai-Bengaluru highway in Maharashtra's Pune district on Wednesday morning, police said.

The accident took place at around 5 am near Bhumkar Chowk close to Navale bridge, they said.

"The truck was coming from Satara side when it overturned. As per primary information, four to five people were injured and they have been shifted to a hospital," inspector Jayant Rajurkar from Sinhgad Road police station said. (PTI)

Two women received severe burns after a fire broke out in an apartment in Kalyan area of Maharashtra's Thane district, fire brigade officials said on Wednesday.

The blaze erupted late Tuesday night after a gas leakage in the apartment located on the first floor of a building and spread to the entire house, they said.

Six persons, including a six-month-old child, were trapped in the house after the fire.

A jawan of the Mumbai Police's Force One unit, who was passing by on a scooter, stopped to provide assistance and brought out the house occupants safely with the help of neighbours. The house occupants were brought down through a scaffolding which was tied to the building for some civil work, officials said. Two women suffered serious burns in the blaze and were admitted to a hospital in Airoli, they said. (PTI) The Brihanmumbai Municipal Corporation (BMC) has proposed a two-lane road bridge that will go over the Central Railway tracks near Bhandup station to decongest Lal Bahadur Shastri Road and Jogeshwari Vikhroli Link Road in the eastern suburbs.

The area sees heavy congestion during peak hours as it has high-footfall landmarks such as the V K Krishna Menon College, Ramanand Arya DAV College, IES Secondary School and many residential colonies on the eastern side, and St Xavier’s High School and Junior College, and Naval Hospital on the western side.