As per Metro One, both interchange stations – Western Express Highway (WEH) and DN Nagar – saw a total increase in ridership by nearly 15,000 per day. 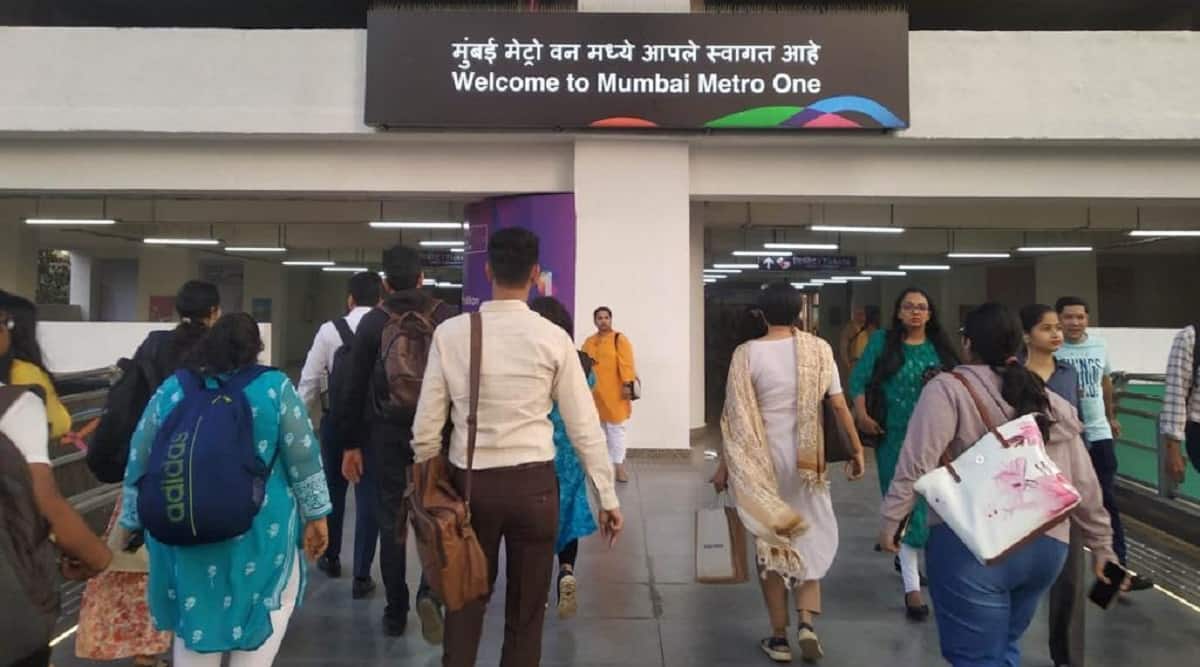 The Mumbai Metro Lines 2A and 7 covering a 35-kilometre distance from Dahisar to Andheri are witnessing a daily ridership of over a lakh.
Listen to this article
Mumbai: Metro One ridership increases after integration with newly started lines
x
00:00
1x 1.5x 1.8x

The Mumbai Metro Line One – which operates from Versova to Ghatkopar via Andheri – has witnessed an increase in ridership. The operator – Reliance Infra-led Metro One – said the daily ridership crossed the four-lakh mark Tuesday for the first time after the outbreak of the Covid-19 pandemic. Metro officials said the ridership count increased owing to the integration of Line One with the recently started Mumbai Metro Lines 2A and 7.

The Mumbai Metro Lines 2A and 7 covering a 35-kilometre distance from Dahisar to Andheri are witnessing a daily ridership of over a lakh. The Maha Mumbai Metro Operation Corporation Ltd (MMMOCL), which is in charge of the operation and maintenance of both lines, said the ridership count is seeing a gradual increase.

The Indian Express had reported that with the commissioning of both these lines – 2A and 7 – the existing Metro Line One will also benefit.

Before the commissioning of the new lines, SVR Srinivas, MMRDA commissioner and MMMOPL chairman, had held a meeting with Metro One officials, asking the latter to run services on Line One at an interval of 2-2.5 minutes in peak hours to facilitate easy dispersal of passengers.

The newly introduced elevated Metro Lines 2A and 7 are expected to cater to three to four lakh commuters daily and the ridership is expected to grow to six lakh by 2031. There are overall 30 stations along the two lines. The new lines have 22 metro trains and services are available at a gap of eight minutes during peak time and 9-10 minutes during non-peak time.

Whereas the Mumbai Metro One has 16 rakes, of which 13 are operated during peak hours on the mainline. One rake is kept on standby mode at Versova station for induction in case of a sudden increase in footfall. The remaining two rakes are usually under maintenance at the workshop. During peak hours (8:30 am to 10:30 am, and 6 pm to 9 pm), Metro One services run at an interval of four minutes, and the gap is usually six to eight minutes during non-peak hours.